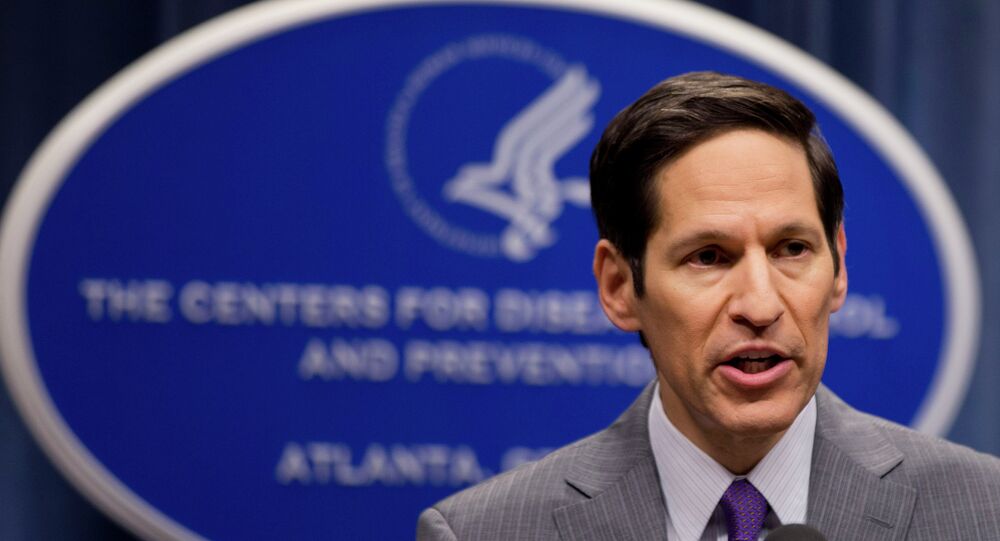 US Centers for Disease Control and Prevention praised Friday joint effort with Liberia in Ebola fight.

WASHINGTON, November 14 (Sputnik) — The decrease in the number of new Ebola cases in Liberia's Lofa County is a result of joint response efforts, US Centers for Disease Control and Prevention (CDC) announced Friday.

The statement follows the recent reports of Liberia's Ministry of Health and Social Welfare (MoHSW).

"The recent decrease in cases suggested by these reports shows how important it is to continue to intensify our [the United State's and Liberia's] Ebola response," CDC Director Tom Frieden said in a press release.

"We have to keep our guard up. In Guinea, cases have increased and decreased in waves; we can't stop until we stop the last chain of transmission," he added.

Since October 31 there have been about 6,500 reported cases of Ebola in Liberia, the largest outbreak the country has experienced, according to the release. The MoHSW reported 623 cases of Ebola alone in Lofa County, which has about 300,000 residents.

The Liberian MoHSW worked with the CDC to analyse recent Ebola patient data from newly reported cases, those who had been admitted to Ebola treatment units and the test results from people killed by the virus.

The results showed that Ebola transmission decreased from mid-August following a scale-up of response efforts in Lofa county.

"The comprehensive response strategy developed with participation from the local population in Lofa County might serve as a model to implement in other affected areas to accelerate control of Ebola," the release said.

As of November 11, 5,177 people have died from the current Ebola outbreak, with 14,413 confirmed, probable, and suspected cases of the virus having been reported, according to the World Health Organization.