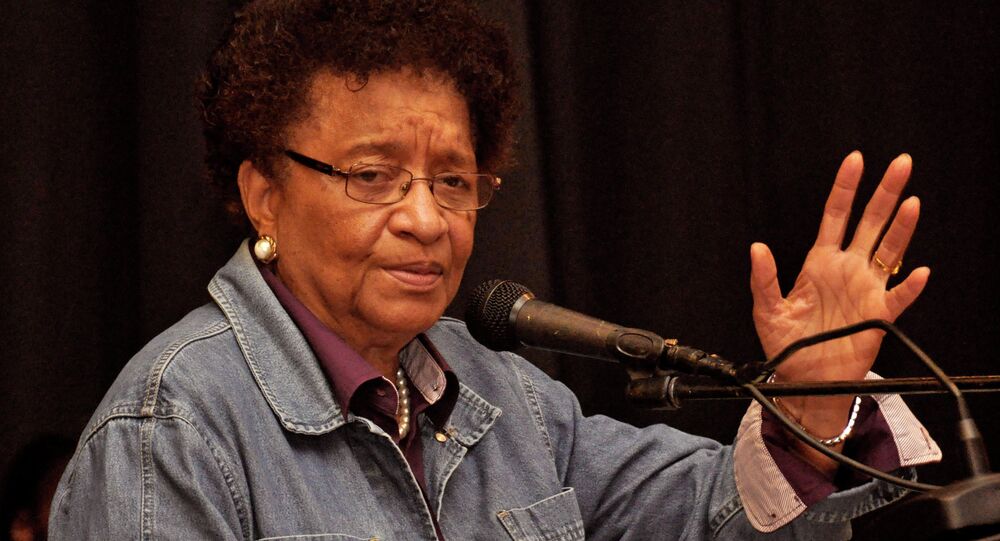 Ellen Johnson, Liberia's president, declared the end of the state of emergency in the country imposed amid the Ebola virus outbreak

MOSCOW, November 13 (Sputnik) — Liberia's president, Ellen Johnson Sirleaf, announced on Thursday the end of the state of emergency in the country imposed amid the Ebola virus outbreak in August.

"Having consulted relevant stakeholders, the National Health Team and partners, I have informed the leadership of the National Legislature that I will not seek an extension to the State of Emergency," Sirleaf said in an official statement published on the government's website.

The president stressed, however, that the measure does not mean the fight against the deadly virus is drawing to a close.

"This is not because the fight against Ebola is over," she added, explaining that it was due to the progress made in containing the virus.

Sirleaf said that a curfew will now be extended to midnight in non-affected areas.

According to the Liberian president, the country's goal now is zero-new-cases by Christmas this year.

Liberia is among the three most affected countries alongside Sierra Leone and Guinea. After the Ebola virus began in December 2013 in Guinea, it spread to the two neighboring countries, causing an outbreak by March this year. Following the outbreak, Liberia announced a state of emergency in the country.

The number of Ebola-related deaths has exceeded 5,000 with more than 14,000 confirmed, probable and suspected cases across the globe, according to the latest WHO data.