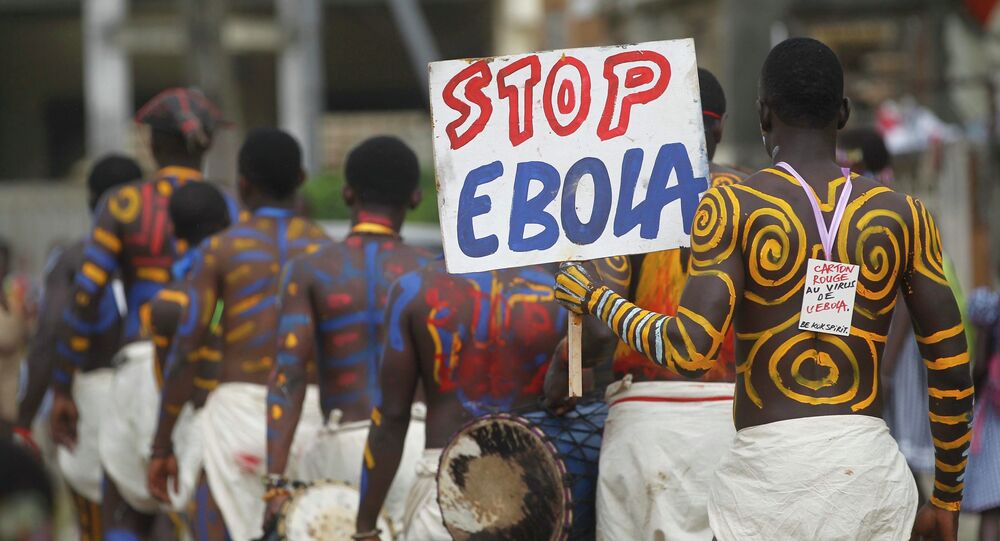 US Treasury Secretary Jack Lew proposed Tuesday that the International Monetary Fund free up more funds for Ebola-hit Guinea, Liberia and Sierra Leone by writing off some of the countries' debt.

MOSCOW, November 12 (RIA Novosti) – The United States has proposed that the International Monetary Fund (IMF) free up more funds for Ebola-hit Guinea, Liberia and Sierra Leone by writing off some of the countries' debt, Reuters reports.

"The International Monetary Fund has already played a critical role as a first responder, providing economic support to countries hardest hit by Ebola," US Treasury Secretary Jack Lew said in a statement issued to Reuters Tuesday.

"Today we are asking the IMF to expand that support by providing debt relief for Sierra Leone, Liberia, and Guinea," Lew added.

According to US Treasury officials cited by Reuters, Guinea, Liberia and Sierra Leone now owe the IMF a combined $372 million, of which $55 million comes due over the next two years.

In September, the IMF approved $130 million in aid to the three countries, which have been the hardest hit by Ebola.

The most recent estimates by the World Health Organization (WHO) indicate that so far Ebola has claimed 4,960 lives.