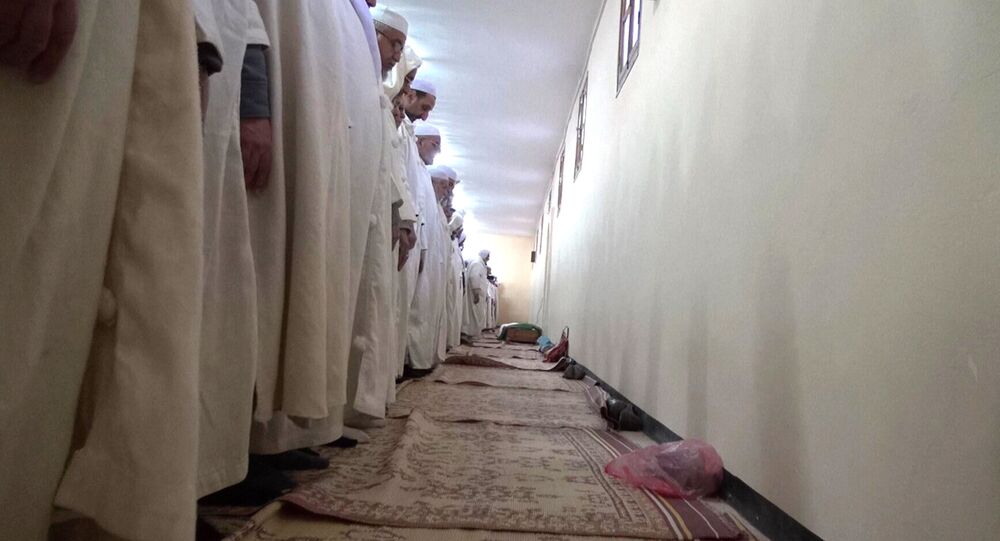 Algerian Minister Delegate for Maghreb and African Affairs Abdelkader Massahel said that the main tool to fight the threat of terrorism is so-called 'de-radicalization' program for Algerian society.

"The state program called de-radicalization of society help Islamic communities and mosques to find their way. We have started providing education opportunities for imams, Islamic clergy, which has enabled us to control the activities of charity organizations, ensuring they are actually involved in charitable works and not engaged in something else, and thus return a majority of Islamic communities to a traditional understanding of Islam," Massahel said a press conference held at the International Information Agency Rossiya Segodnya.

The diplomat added that the much discussed threat of Islamic State (IS), does not directly affect Algeria, despite reports of some Algerians fighting alongside the IS militants.

He reminded that his country witnessed a lot of grief due to terrorist activities in the 1990s.

Massahel explained that those radicals who left for Afghanistan, then transferred their harmful activities to Chechnya, then to Bosnia, finally returned to Algeria. This was a "black decade", as hundreds of thousands people were killed, said Massahel.

However, the minister delegate admitted there are currently a number of insurgents operating in Africa's Sahel region, including Burkina Faso, Mali, Mauritania and Niger, who benefit from the drug trade. Massahel stressed that Algeria contributes to joint efforts together with the United States and African nations to forge peace and security in the region.

The diplomat emphasized that Algeria has long been at the forefront of the fight against terrorism, initiating numerous programs and repeatedly confirming its commitment to combat threats.