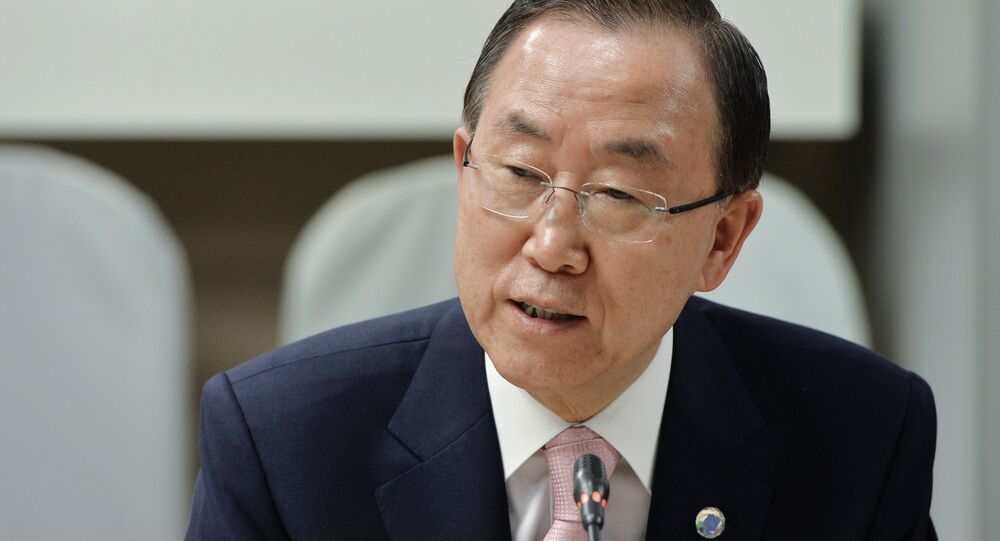 Ban Ki-moon extended sincere condolences to the families of at least 46 students killed by the bombing.

"The Secretary-General strongly condemns the suicide bombing today at the government boarding school in Potiskum, in Northeastern Nigeria's Yobe State, which has reportedly killed dozens of students and wounded countless others," a statement posted on the UN official website stated.

Ban Ki-moon also extended sincere condolences to the families of the bereaved, to the Nigerian government and the people.

In his statement, the UN chief called for the perpetrators to be" swiftly brought to justice through a process respectful of Nigeria's human rights obligations and for adequate security measures to be provided for the protection of civilians."

The secretary-general said he "is outraged by the frequency and brutality of attacks against educational institutions in the north of the country and reiterates his demand for an immediate cessation to these abominable crimes."

Earlier this year, a violent Nigerian military group called Boko Haram, which translates as “against western education”, kidnapped more than 200 girls from a school in northern Nigeria.

The group aims to establish a "pure" Islamic state ruled by sharia law, and has been waging insurgencies since 2009.

On October 17, a ceasefire between Boko Haram and the Nigerian Armed Forces was announced by chief of defense staff Marshal Alex Badeh aimed at securing the release of schoolgirls abducted by the group in April.

Boko Haram later denied agreeing to a ceasefire. The group has subsequently launched new attacks on villages in the north-east of the country.