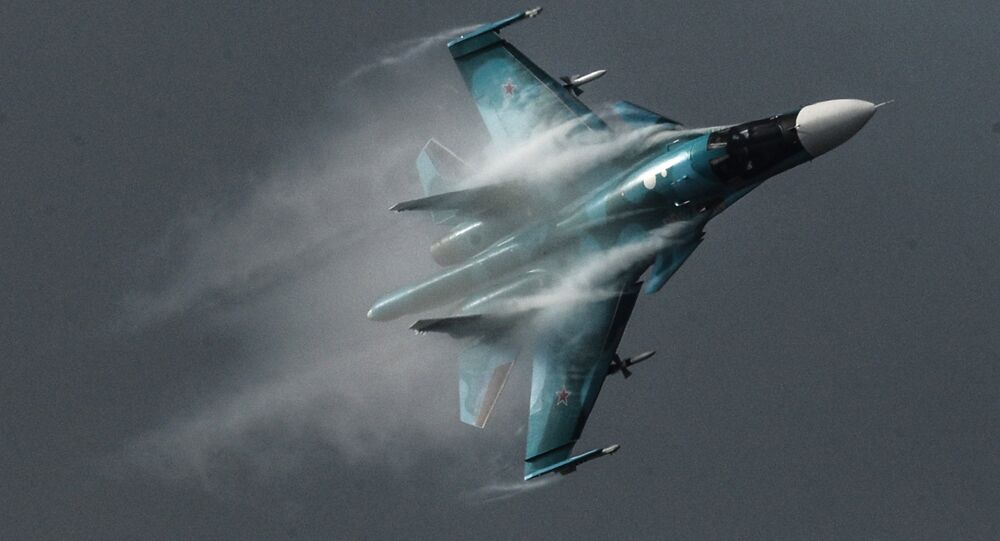 The Su-34 joined the Russian Air Force in 2014 as a multipurpose 4++ generation jet capable of striking ground targets and repelling attacks by hostile fighters utilising its high manoeuvrability.

Several Su-34 fighter jets (NATO codename "Fullback") have for the first time joined the major aerial Victory Day parade in the skies over the Russian city of Ekaterinburg, the command of the Central Military District reported.

The 4++ generation jet, capable of launching ground strikes from extremely low altitudes, closed the parade of 22 jets and helicopters along with the recon modification of the Su-24, Su-24MR (NATO codename "Fencer"), and MiG-31 interceptors (NATO codename "Foxhound") capable of taking down any type of hostile aerial targets, including missiles and even low orbiting satellites.

The aerial parade in Ekaterinburg, one of the biggest in the Russian Central Military District, featured not only modern jets like the Su-34 but also veterans of the Russian Air Force such as the An-12 (NATO codename "Cub") military transport plane and An-26 (NATO codename "Curl"), which were introduced into the force in the 1960s and 1970s respectively.

One of the biggest transport helicopters in the world, Russia's Mi-26 (NATO codename "Halo"), also made an appearance during the parade, opening the event along with the heavily modified Mi-8 and Mi-24P (NATO codename "Hind") strike helicopter.