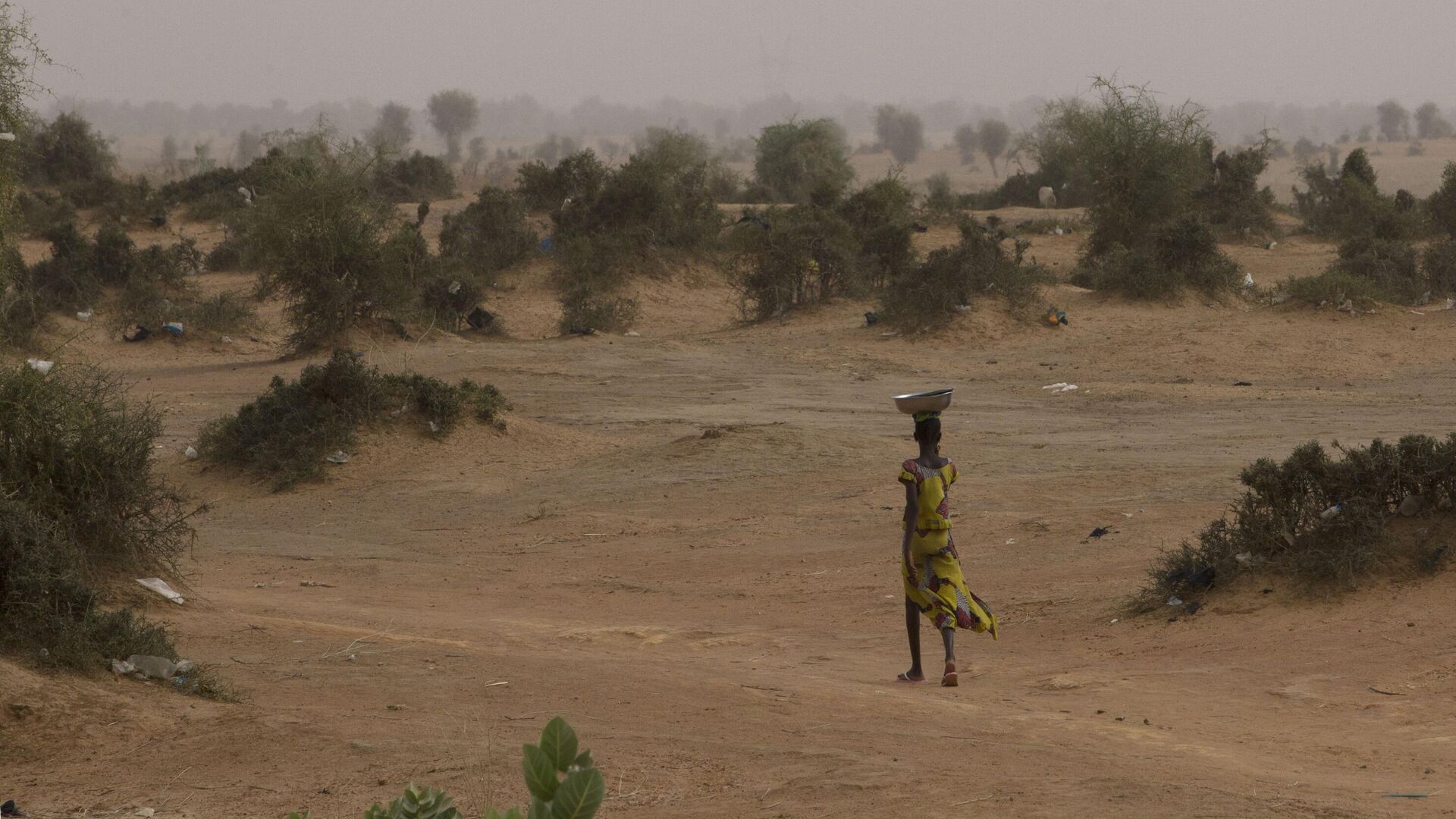 © AP Photo / Rebecca Blackwell
Subscribe
International
India
Africa
MOSCOW (Sputnik) - More than 7.5 million people including children in Africa's central Sahel are at the risk of severe hunger in coming summer, as internecine wars and displacement take toll across the region, aid agencies said in a report out Tuesday.
"The time to act is now. Children's lives depend on it," Abdou Malam Dodo, the head of food and security in West and Central Africa at the US-based Save the Children organization, said.

Dodo was quoted as saying in the report, compiled alongside the EU’s Directorate-General for European Civil Protection and Humanitarian Operations, that families in the arid parts of Niger, Mali and Burkina Faso would be forced to reduce or skip meals to survive the lean season without additional funding.

The number of those struggling to afford food in summer will increase significantly from 5.3 million faced with acute food insecurity or worse between October to December last year. At the same time, it was 9.7 million last summer.

Children make up about half of the population in the three countries. The charities warned that children are more vulnerable to hunger than adults because they find it more difficult to adapt and are more affected by lack of nutrients in the long term.