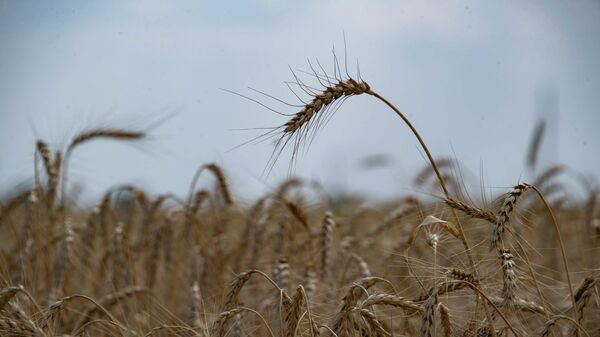 "I cannot say that we are satisfied, and that we are getting everything that Spain could provide," the ambassador was quoted as saying by Spanish newspaper Mundo.

Pogoreltsev added that he understood the complexity of the process, while noting that Ukraine needs "everything to be done much faster."
Mundo previously reported that the Ukrainian Defense Ministry was "surprised" and "disappointed" by Spain's military support to Kiev. According to the newspaper, after the visit of Spanish Prime Minister Pedro Sanchez to Kiev in April, when Spain confirmed its readiness to help Ukraine "to the best of its ability," the only ammunition that reached Kiev was a batch of light defensive means, an armored ambulance, anti-tank weapons and a machine gun.
Spanish Defense Minister Margarita Robles later assured that Ukraine was "very grateful" for Spain's humanitarian assistance and its supply of equipment.
12:02 GMT 25.08.2022
Number of Russian Military Personnel to Increase by 137,000, Reach 1.15 Million

"Establish the number of the armed forces of the Russian Federation in the amount of 2,039,758, including 1,150,628 military personnel," the decree read.

Grossi met with French President Emmanuel Macron in Paris on Thursday to discuss issues related to the Zaporozhye NPP.

The IAEA chief told the France 24 broadcaster that the agreement on the mission is "very close" and experts should depart in the near future.
10:37 GMT 25.08.2022
Germany's 'Absolute Deficit' in Weapon Reserves Impedes Supplies to Ukraine, FM Baerbock Says

"As part of grain shipments, as of this morning, two vessels left the port of Odessa and one left the port of Yuzhne. Apart from that, one ship coming from Ukraine and five ships heading to the country will be inspected today," the ministry's statement read.