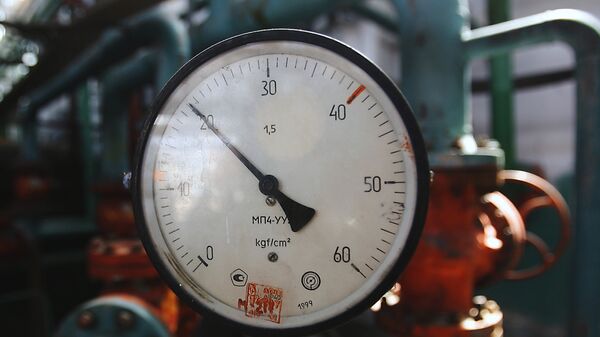 LIVE UDPATES: Gazprom Cuts Off All Gas Supplies to Latvia For Non-Payment in Rubles

Russia began its special military operation "to demiltiarize and de-Nazify" Ukraine in late February after the People's Republics of Donetsk and Lugansk had asked for help to repel continued attacks carried out by Kiev forces.
Russia's Foreign Minister Sergei Lavrov and US Secretary of State Antony Blinken discussed the situation in Ukraine during a phone call on Friday evening.
Lavrov stressed that the goals of the Russian operation in Ukraine will be achieved, including the liberation of the LPR and DPR. Russia's top diplomat repeatedly emphasized that the West's supplies of arms to Ukraine were "prolonging the conflict", leading to unnecessary casualties.
After the start of the Russian operation in Ukraine to protect civilians of the Donbass region, the US, the UK and their allies in Europe and Asia have imposed several packages of sanctions against Russia in response to what they portray as the "invasion" of Ukraine.
Follow Sputnik's live feed and Telegram channels to get the latest updates:
Sputnik News US — https://t.me/sputniknewsus
Sputnik News India — https://t.me/sputniknewsindia
New firstOld first
02:38 GMT 31.07.2022
Russia Passes Data to UN Proving Kiev to Blame For Elenovka Attack - Polyanskiy
Russia has informed the United Nations that it has evidence showing that Kiev is to blame for the deadly shelling of the pre-trial detention center in the Donetsk People's Republic (DPR) town of Elenovka, Russian Deputy Representative to the United Nations Dmitry Polyanskiy said.

"Today we informed UN Secretary-General Antonio Guterres that we have irrefutable evidence of Ukraine's responsibility for the shelling of Elenovka. The UN should not shy away from condemning this crime of the Kiev regime," Polyanskiy said on Telegram.

He emphasized that Russia condemns Kiev’s attempts to blame Russia for the attack.

"We have called on the UN to immediately give an objective assessment of what happened," Polyanskiy said, adding that Russia has launched an international investigation.
23:19 GMT 30.07.2022

Russia
Russia Invites UN, Red Cross to Probe Shelling of Elenovka Pre-Trial Detention Center
20:30 GMT 30.07.2022
Zelensky Says Kiev Decided to Have Mandatory Evacuation From Ukraine-Controlled DPR Areas
The Ukrainian government has made a decision to conduct a mandatory evacuation from the areas of the Donetsk People's Republic (DPR) that are under its control, President Volodymyr Zelensky said on Saturday.

"There is a government decision on mandatory evacuation from Donetsk region, everything is being organized. Full support, full assistance – both logistical and payments. We only need a decision from the people themselves, who have not yet made it for themselves. Go, we will help," Zelensky said in a statement.
14:52 GMT 30.07.2022
US State Dep: Blinken, Kuleba Discuss Talks With Lavrov, Grain Deal
US Secretary of State Antony Blinken conversed with Ukrainian Foreign Minister Dmitry Kuleba on July 29 to discuss his phone call with Russian Foreign Minister Sergey Lavrov from earlier that day and the UN-backed grain deal, the State Department said on Saturday.

Blinken offered his condolences over the death of 50 Ukrainian military prisoners of war in a missile strike at a jail in the Donetsk People's Republic (DPR) town of Elenovka on Friday. The Russian defense ministry believes the attack had been carried out by Ukraine itself, as fragments of US-supplied HIMARS missiles were found at the site.

"The two also reiterated the need for swift implementation of the UN-brokered grain transport deal among Russia, Turkey, and Ukraine. The Secretary noted that Russia’s continued blockage of Ukrainian food exports by sea has further exacerbated global food insecurity. The Secretary expressed his hope that the first ships would be able to depart Ukraine’s ports without further delay. He also provided a readout of his call with Russian Foreign Minister Lavrov," State Department spokesman Ned Price said in a readout.

"In relation to the recent tragedy at the prison in Elenovka, we stand ready to send a group of experts able to conduct an investigation, requiring the consent of the parties, and we fully support the initiatives of the International Committee of the Red Cross (ICRC)," Haq said in a statement.

The detention center in Elenovka was shelled on Friday morning. The attack is believed to have been carried out by Ukrainian troops as fragments of US-supplied HIMARS missiles were found at the site. It killed 53 people and injured over 130.

The ICRC offered its support in the evacuation of those injured by the strike in Elenovka on Friday. The organization stressed that all prisoners of war are under the protection of international humanitarian law and should not be attacked since they are no longer combatants.

The Russian defense ministry believes that Ukraine meant the attack as an act of intimidation to eliminate, or prevent from giving testimonies, the militants of the neo-Nazi Azov battalion taken prisoner by DPR and allied troops.
12:00 GMT 30.07.2022
Russia Considering Response to Hate Speech of Norwegian Diplomat, Moscow Says
The Russian foreign ministry is working out an appropriate response to behavior of Norwegian consular office Elisabeth Ellingsen whose outburst of xenophobic opinions about Russian people was caught on camera on public, Russian Foreign Ministry spokeswoman Maria Zakharova said on Saturday.

"At the moment the Russian Ministry of Foreign Affairs is working on options for responding to this outrageous act of hatred, nationalism, and xenophobia," Zakharova said on Telegram.

A video emerged on social media earlier in the day showing Ellingsen, who works as an administrative officer at the Norwegian consulate in the Russian city of Murmansk, swearing at Russian hotel personnel, saying that she "hates Russians" and adding that Russians "are disgrace in general."
11:26 GMT 30.07.2022
The Aftermath of Ukrainian Forces' Attack on Vehicles Carrying Humanitarian Aid to Residents of Energodar - Video
09:55 GMT 30.07.2022

“Over the past 24 hours, from 08:00 on July 29 to 08:00 on July 30, eight people were killed and 15 more civilians were wounded as a result of shelling by the AFU [armed formations of Ukraine] on the territory of the Donetsk People's Republic,” the DPR headquarters said on Telegram.

Ukrainian forces shelled the Donetsk People's Republic 75 times in 24 hours, firing 632 shells, 15 of which targeted the city of Donetsk, the DNR mission to the Joint Center for Control and Coordination of the Ceasefire Regime said on Saturday.

Ukrainian forces also shelled the Kakhovka hydroelectric power plant (HPP) in the Kherson Region using HIMARS missile system, the head of the city's military-civilian administration, Vladimir Leontyev, said on Saturday, adding that the strike was repelled and did not affect the operation of the HPP.
09:17 GMT 30.07.2022
Moscow Adds 32 Citizens of New Zealand to Blacklist in Response to Sanctions
The Russian Foreign Ministry said on Saturday it introduced sanctions against 32 New Zealand officials and journalists in a tit-for-tat move.

"In response to New Zealand government sanctions that apply to an increasing number of Russian citizens ... an additional 32 New Zealanders have been added to the national stop-list," the ministry said in a statement.

The new names include heads of municipalities, law enforcement agencies and journalists that "create a Russophobic agenda" in New Zealand, the ministry said.

"The designated individuals are prohibited entry to Russia on an indefinite basis," the statement read.

The list is not conclusive and may be expanded in the future, the ministry said.
07:18 GMT 30.07.2022
Gazprom Fully Stops Gas Supplies to Latvia Due to Non-Payment in Rubles
Gazprom announced on Saturday that it has terminated gas supplies to Latvia due to violations of the conditions of gas withdrawal.

"Today Gazprom has stopped gas supplies to Latvia as part of the July application, due to violations of the conditions of gas withdrawal," the company said on Telegram.
06:26 GMT 30.07.2022
Ukrainian Forces Strike Kakhovskaya HPP in Kherson Region With HIMARS, Attack Repelled, Local Authorities Say
06:01 GMT 30.07.2022

Russia's Special Operation in Ukraine
US Official: If Ukraine Shelled Prison Housing POWs in Elenovka ‘They Did Not Mean to Do That’