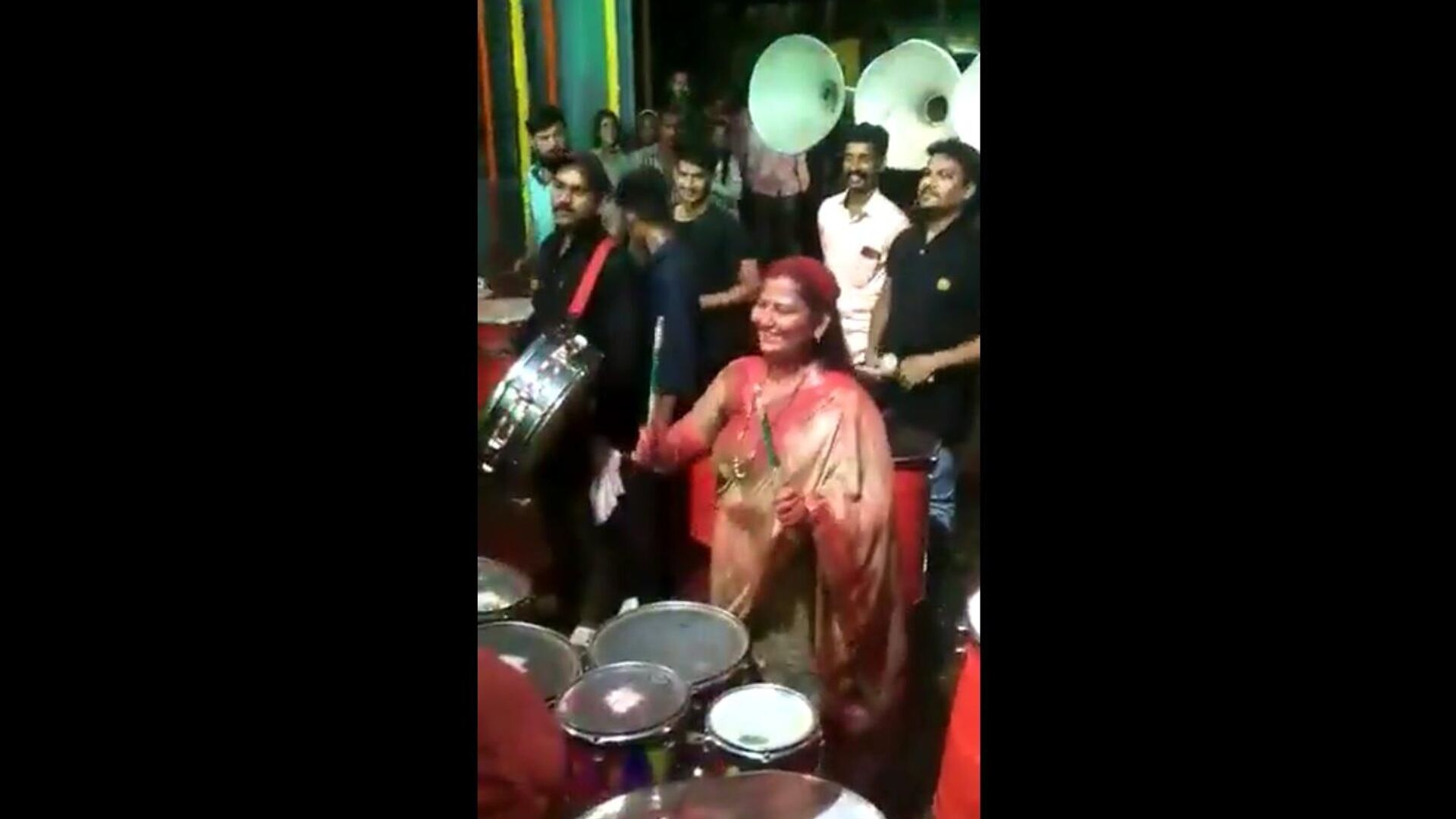 Pawan Atri
All materials
Eknath Shinde became chief of India's western state of Maharashtra after his predecessor Uddhav Thackeray resigned on June 30. The rise of Shinde to the state's top post came after he rebelled against the Shiv Sena chief, alongside 40 lawmakers.
Eknath Shinde was welcomed with much pomp and show on his first visit to his home district of Thane since becoming Maharashtra's state chief on Thursday.
The wife of the legislator from Kopri-Pachpakhadi constituency of Thane district, adjoining state capital Mumbai, was seen playing drums outside their residence in a video that has gone viral online.
According to Indian media, Lata Shinde played a key role in her husband Eknath's rise as a politician, who had been the de-facto No.2 in Shiv Sena.

Eknath worked as an autorickshaw driver before starting his political innings with Shiv Sena in the 1990s. Subsequently, he was named the Thane District chief by the party in 2005 after being elected to the Maharashtra state assembly the previous year.

Since 2004, the 58-year-old politician won four consecutive elections in Kopri-Pachpakhadi and served as the leader of the opposition and minister in back-to-back governments before taking charge as the state chief earlier this month.

His elevation to the state's top post came after he rebelled against his own party boss Uddhav Thackeray last month, taking away a large chunk of legislators along with him, first to Gujarat state and then Assam state. Both are federally governing Bharatiya Janata Party (BJP)-led states.

On Monday, Eknath won a crucial vote of confidence to prove his government's majority in the state assembly with the help of the BJP, which has 106 lawmakers in Maharashtra.

Last night, he went on his maiden visit to Thane after being made state chief. When he reached the Anand Nagar area of the city, a large crowd showered him with flower petals.

Shinde's show of strength in Thane appears to be a signal to his predecessor and Shiv Sena chief Uddhav Thackeray that his revolt against him has been endorsed by the state's electorate.
Want to know more? Check out our Koo & Telegram accounts!
Koo: https://www.kooapp.com/profile/sputniknews
Sputnik India: https://t.me/sputniknewsindia
Newsfeed
0
Access to the chat has been blocked for violating the rules . You will be able to participate again through:∞. If you do not agree with the blocking, please use the feedback form
The discussion is closed. You can participate in the discussion within 24 hours after the publication of the article.
To participate in the discussion
log in or register
loader
Chats
Заголовок открываемого материала