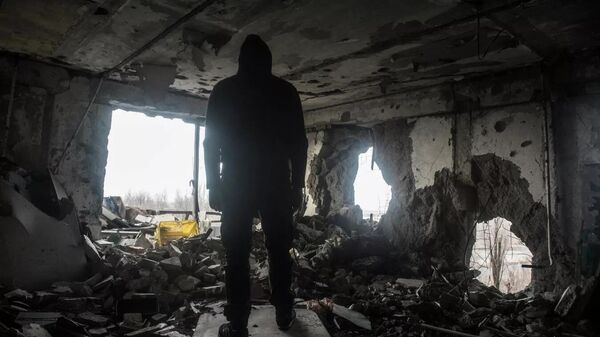 State-owned Lithuanian Railways stopped transit of goods between Russia and its Baltic Sea territory starting at midnight on Friday, citing EU restrictions. Up to 50% of all rail cargo to Kaliningrad has been banned, Alikhanov said.

"Kaliningrad authorities are discussing transit limits with the Foreign Ministry and the Russian embassy in Lithuania," the governor said on social media.

Three options for response are on the table, including measures that would affect "the Baltic transit complex," Alikhanov said, without elaborating.

"Lithuanian limits on transit to Kaliningrad are illegal and may have far-reaching consequences… If our European neighbours do not lift these illegal restrictions we will recommend that the federal government take response measures," he said.
17:49 GMT 18.06.2022
Russia's Kaliningrad to Continue Receiving Oil Via Lithuania Until 10 August, Governor Says
The transit of oil products to the exclaved Russian region of Kaliningrad through Lithuania will continue unhindered through 10 August, governor Anton Alikhanov said on Saturday.

On Friday, Lithuanian Railways notified the Kaliningrad Railway that it would stop transiting a list of products that are under EU sanctions starting from Saturday.

"Oil products are not subject to transit limitations until August 10. There is no need to stock up on gasoline, as the transit of these products continues," Alikhanov said on Telegram.
17:20 GMT 18.06.2022
LPR Ambassador to Russia: Orange Column of Smoke 'Similar to Colour Which Appears After Explosion of Containers With Nitric Acid' Rising Near Severodonetsk
13:49 GMT 18.06.2022
Study of Russian Language to Be Banned in Nikolaev, Reports Say
"The Executive Committee of the Nikolaev City Council has decided to ban the teaching of the Russian language in secondary schools from 1 September," a statement on the UNIAN Telegram channel says.
13:32 GMT 18.06.2022
Central Donetsk Comes Under Heavy Shelling by Ukrainian Forces
12:55 GMT 18.06.2022
EU Hopes for Ukrainian Grain Exports by Sea to Resume Shortly - Borrell
The European Union is working with the United Nations to find a solution for the resumption of sea exports of Ukrainian grain stalled in Black Sea ports due to hostilities in a matter of days, as further delay risks critical shortages for importing countries, EU foreign policy chief Josep Borrell said on Saturday.

The EU has made efforts to get grain out of Ukraine by alternative routes, such as on trucks and train, but neither can ensure enough transit needed in the short term, Borrell said on his blog.

"It is therefore imperative to allow Ukrainian exports by ship to resume. We are working closely with the UN on this issue and the EU and its member states are ready to do their part of the necessary actions to achieve this. We hope that a solution can be found in the coming days. Not doing this threatens to cause a global food catastrophe," Borrell wrote.

The risk of shortages is especially acute for North Africa, the region most dependent on food supplies from Ukraine and Russia, Borrell said.

The EU and its allies have blamed the blocking of Ukrainian grain shipments on Russia, but Moscow said that cargo ships are unable to leave Black Sea ports due to mines planted by Ukraine's military, calling on Kiev to clear the waters. The UN has repeatedly warned that the broken supply chain threatens food insecurity on the global scale.
12:21 GMT 18.06.2022
Russian Army Hits Ukrainian Fuel Facilities Near Kremenchuk, Lysychansk - MoD
The Russian military has destroyed Ukrainian facilities for fuel processing and storage near the southern cities of Kremenchuk and Lysychansk with precision strikes, Russian Defence Ministry spokesman Igor Konashenkov said on Saturday.

"High-precision air- and ground-based weapons in the areas of Kremenchuk and Lysychansk destroyed technological capacities for fuel processing and storage intended to supply for the Ukrainian military equipment in Donbass," the spokesman said.
11:47 GMT 18.06.2022
It is Possible, But The Question is Whether There Will Be Anything to Talk About and With Whom: Medvedev Assesses Ukraine's Prospects for Resuming Talks ‘From End of August’
10:49 GMT 18.06.2022
180 Areas Containing Ukrainian Troops Hit By Rocket Forces and Artillery In 24 Hours, More Than 310 Nationalists Eliminated – Russian MoD
10:44 GMT 18.06.2022
Ukrainian Terrorists Attempted to Assassinate Head of Federal Penitentiary Service of Kherson Region - Source
10:07 GMT 18.06.2022
Residential and Administrative Buildings Seriously Damaged in Donetsk - Mayor
09:18 GMT 18.06.2022
Two Employees of the Ministry of Emergency Situations Killed, Three Injured During Shelling of Donetsk By Ukrainian Forces - DPR
07:48 GMT 18.06.2022
Western Sanctions Lead Poorest Countries to Famine and Economic Collapse - Rosneft CEO
Newsfeed
0
Access to the chat has been blocked for violating the rules . You will be able to participate again through:∞. If you do not agree with the blocking, please use the feedback form
The discussion is closed. You can participate in the discussion within 24 hours after the publication of the article.
To participate in the discussion
log in or register
loader
Chats
Заголовок открываемого материала