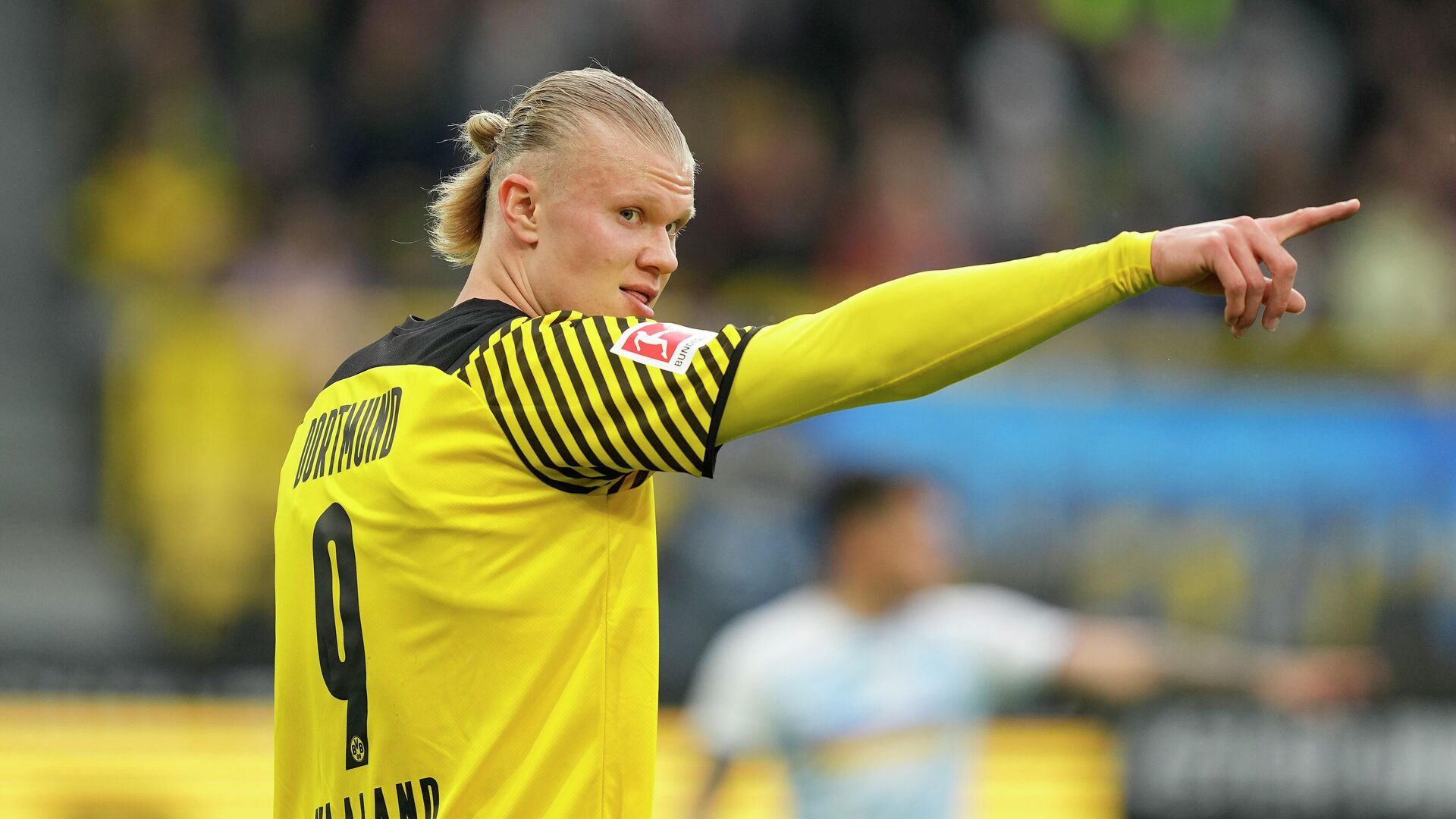 Pawan Atri
All materials
For months Erling Haaland has been rumoured to be moving to Man City after club manager Pep Guardiola made his recruitment a priority for the Premier League champions. Reports now suggest that the player and the club are on the verge of announcing their newly agreed-upon association this week.
Manchester City are on course to announce that they have signed Norwegian wunderkind Erling Haaland in the next few days.

According to British media outlet, The Athletic, Haaland's move to England is a "done deal" and the two sides have already agreed on the terms of the agreement.

The Citizens have asked Haaland's present employers, Borussia Dortmund, to use the $78 million (£63 million) release clause in his contract and they are awaiting the payment in their bank accounts.

Once the payment is processed at City's end, Dortmund and the English club would officially announce the deal on their respective social media channels.

City boss Pep Guardiola had made Haaland his priority signing as he is expected to resolve the English champions' problems in their vulnerable attack.

Since their all-time scorer, Sergio Aguero left for Barcelona last summer, Guardiola's side has lacked a world-class striker and the Norwegian is expected to fill the void left by the Argentine at the Etihad.

Although Real Madrid, Barcelona, Bayern Munich, and Paris Saint-Germain (PSG) were among Haaland's reported suitors, City seemed to have leapfrogged them in the race for the 21-year-old in the past few weeks.
He's now set to wear the famous City badge that his father Alf-Inge Haaland wore in the early 2000s.

Haaland is widely regarded as one of the top talents in the world right now along with Kylian Mbappe, having scored a super impressive 85 goals in 88 games for the Bundesliga side since arriving in Germany in January 2020.

And that's perhaps the main reason City have agreed to make him the highest-paid footballer in the Premier League.

According to The Daily Mail, Haaland would receive a whopping salary of $620,000 (£500,000) per week at City overtaking Man United's Cristiano Ronaldo as the top earner in the United Kingdom. CR7's Old Trafford wages hover around the $500,000 mark at present.

The Leeds-born footballer didn't trouble the scorers in Dortmund's last game against Greuther Furth at the weekend. But he did produce a stunning hat-trick against Bochum about a fortnight ago.

Should reports of his move to City be confirmed by Dortmund, his last match for the German team will be against Hertha Berlin on Saturday.
Newsfeed
0
Access to the chat has been blocked for violating the rules . You will be able to participate again through:∞. If you do not agree with the blocking, please use the feedback form
The discussion is closed. You can participate in the discussion within 24 hours after the publication of the article.
To participate in the discussion
log in or register
loader
Chats
Заголовок открываемого материала