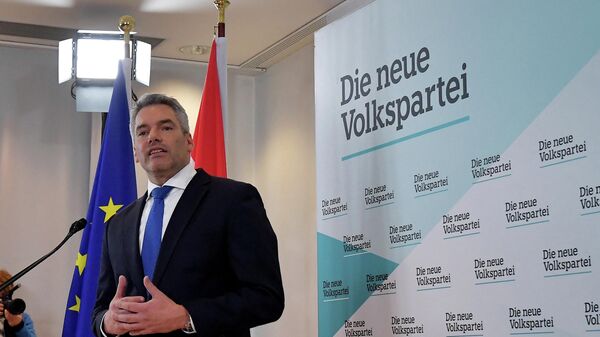 Russia launched its special military operation in Ukraine on February 24, after the Donetsk and Lugansk People’s Republics (DPR and LPR) appealed for help in defending themselves against Ukrainian aggression.
The serial number of the Tochka-U missile that hit the Ukrainian city of Kramatorsk on 8 April, which is under control of Ukrainian troops, shows that the tactical missile comes from a batch of weapons used by the Ukrainian forces, media report.
According to the Donetsk TV channel Union, Tochka-U, which claimed dozens of lives of civilians in Kramatorsk, "was on the balance sheet of the Armed Forces of Ukraine - its serial number has been deciphered."
On 8 April, the Russian defence ministry said that the Ukrainian forces had fired a Tochka-U missile at Kramatorsk train station from Dobropilya settlement located 45 kilometres (28 miles) southwest of Kramatorsk.
According to Donetsk People’s Republic (DPR) data, at least 50 people were killed, while 87 others were injured.
While Kiev accussed Russia of conducting the strike, the Russian Defence Ministry refuted the unsubstantiated allegations, stressing that judging by the photos of missile fragments shared by witnesses, such missiles are only used by Ukrainian troops.
According to the Russian defence ministry, the purpose of Kiev's attack on the railway station was to disrupt mass evacuation and to use local residents as a human shield, the defence ministry said.
Follow Sputnik's live feed and Telegram channels to get the latest updates:
Sputnik News US — https://t.me/sputniknewsus
Sputnik News India — https://t.me/sputniknewsindia
New firstOld first
00:19 GMT 11.04.2022

'We Will Sue': Russia Will Go to Court if West Tries to Move It Into Default - Finance Minister
20:17 GMT 10.04.2022
World Bank Report: Ukrainian Economy to Shrink by 45.1% in 2022
The World Bank expects the Ukrainian economy to shrink by 45.1% this year as a result of the Russian military operation, while Russia will see its economy contract by 11.2% in the same period.

The DC-based lender's economic update for emerging markets in Europe and Central Asia said the conflict would hamper the region's industrial output, shaving 4.1% off its GDP.

"The region's economy is now forecast to shrink by 4.1 percent this year, compared with the pre-war forecast of 3 percent growth, as the economic shocks from the war compound the ongoing impacts of the COVID-19 pandemic," the update released on Sunday said.

In addition to Russia and Ukraine, Belarus, Kyrgyzstan, Moldova and Tajikistan are all projected to fall into recession this year due to spillovers from the conflict, weaker-than-expected growth in the euro area and trade shocks.
17:46 GMT 10.04.2022
Death Toll From Kramatorsk Missile Strike Rises to 57, Donetsk Region Governor Says
17:43 GMT 10.04.2022
Donetsk Authorities Label Missile Strike on Kramatorsk as Act of Terror
The prosecutor general’s office in the Donetsk People’s Republic labelled the Ukrainian missile strike on the railway station in the city of Kramatorsk, which killed 50 people and wounded dozens more, as an act of terrorism.

“A criminal investigation has been launched by the investigative department… against the commander of the 19th rocket brigade of the Ukrainian armed forces who… ordered a strike on the city of Kramatorsk from a Tochka-U missile system,” the statement reads.

17:05 GMT 10.04.2022
Foreign Media Arrive in Kremennaya in LPR Ahead of Video Shooting of Kiev's Staged Provocation With Shelling of Ambulances, Russian MoD Says
17:02 GMT 10.04.2022
Russian MoD Accuses Kiev of Continuing Ruthless Actions With 'Mass Murder of Civilians' in LPR With Support From West

"Nearly 2,200 men liable for military service were detained at the border. Some of them, with the hope of circumventing restrictions on traveling abroad, became victims of fraudsters. The latter, through anonymous channels, offer illegal services for which they take money and disappear," the ministry said on its social media.

Some tried to bribe border guards, leave the country with fake documents or cross the border outside the checkpoints, the ministry said.
15:28 GMT 10.04.2022
People Take to Streets in Hanover and Frankfurt am Main to Protest Against Discrimination of Russian-Speaking Residents
15:03 GMT 10.04.2022
Moscow to Investigate Kiev's Planned Provocations in Irpin
Alexander Bastrykin, the head of the Russian Investigative Committee, ordered on Sunday to investigate planned provocations of the Ukrainian military in the city of Irpin.

"Chairman of the Russian Investigative Committee instructed to investigate a possible provocation by Ukrainian nationalists to spread false information about the actions of the Russian military in the city of Irpin," the statement on Telegram read.

On Saturday, the Russian Defence Ministry warned that the Security Service of Ukraine was planning to bring dead bodies of those killed by Ukrainian shelling in Irpin, Kiev region, from a morgue to stage yet another provocation to accuse Russia.

Bastrykin also instructed investigators to look into the detonation of a nitric acid tank by Ukrainian troops in the city of Rubezhnoye, as well as preparations for another explosion of tanks with chemicals to harm civilians in the Lugansk People’s Republic.

The investigative committee in cooperation with the law enforcement agencies of the LPR will record evidence of illegal actions in order to identify all persons involved in the crimes and give a legal assessment to the actions of those who planned to spread false information about Russian troops.
15:00 GMT 10.04.2022
Russian & DPR Forces Evacuate 47 Crew Members From Ships Blocked in Mariupol Port by Ukrainian Nationalists, DPR Militia Says
Troops from Russia and the Donetsk People’s Republic rescued 47 crew members from vessels stranded in the Ukrainian port of Mariupol, the republic’s militia said on Sunday.

“Russian and DPR military personnel evacuated 47 crew members from vessels blocked in the Mariupol seaport by nationalists of Azov [a Ukrainian battalion],” the people's militia said on Telegram.

There were Russian, Azerbaijani and Egyptian sailors among those rescued.

Von der Leyen told CNN in an interview that the eastern European nation belonged in Europe and its accession to the European Union might be viewed as an extraordinary case.

It usually takes an aspiring EU member state years to clear accession hurdles, von der Leyen admitted. She travelled to Kiev on Friday to hand Volodymyr Zelensky a membership questionnaire to launch the process.
14:54 GMT 10.04.2022
How Many Mines are Drifting There in the Black Sea?

"Another exchange of Russian-Ukrainian captives took place last night. Among them are four Rosatom employees and our brave soldiers. They landed in Russia early this morning. Their relatives will see them soon," Moskalkova said on Telegram.

Rosatom has confirmed the return of its four employees that had been held in Ukraine since 23 February.

"We confirm that they have returned and are grateful to everyone who participated in the liberation of our colleagues. We are expecting them to return to their team after rest and recovery," a Rosatom spokesperson told reporters.

On 23 February, a batch of fresh nuclear fuel was delivered to the Rovenskaya NPP as scheduled and stipulated by contractual obligations. The cargo was accompanied by four JSC Atomspetstrans employees, who have been held hostage since then by the Ukrainian side in a railcar at the plant.
13:39 GMT 10.04.2022
Terror Threat Level to Be Increased in Russia's Kursk Region Starting Monday Amid Provocations by Ukrainian Nationalists, Governor Says
13:29 GMT 10.04.2022
Sullivan: US Increasing Gas Supplies to Europe, Considers Europe's Independence From Russian Energy a Priority
The United States is increasing gas supplies to Europe and considers reducing European dependence on Russian energy a matter of priority, White House National Security Adviser Jake Sullivan said on Sunday.

"He [US President Joe Biden] is now working on a daily basis with his European colleagues on steps Europe can take to wean itself off of Russian oil and gas. In fact, the United States is surging gas exports to Europe in order for them to reduce their dependence on Russia. And he's talking to them about what they can do to get off Russian oil as well," Sullivan said in an interview with ABC News.

He noted that the US is not going to rush until the decision is made, but it is "a matter of priority for the United States to continue to work with European partners on this issue."