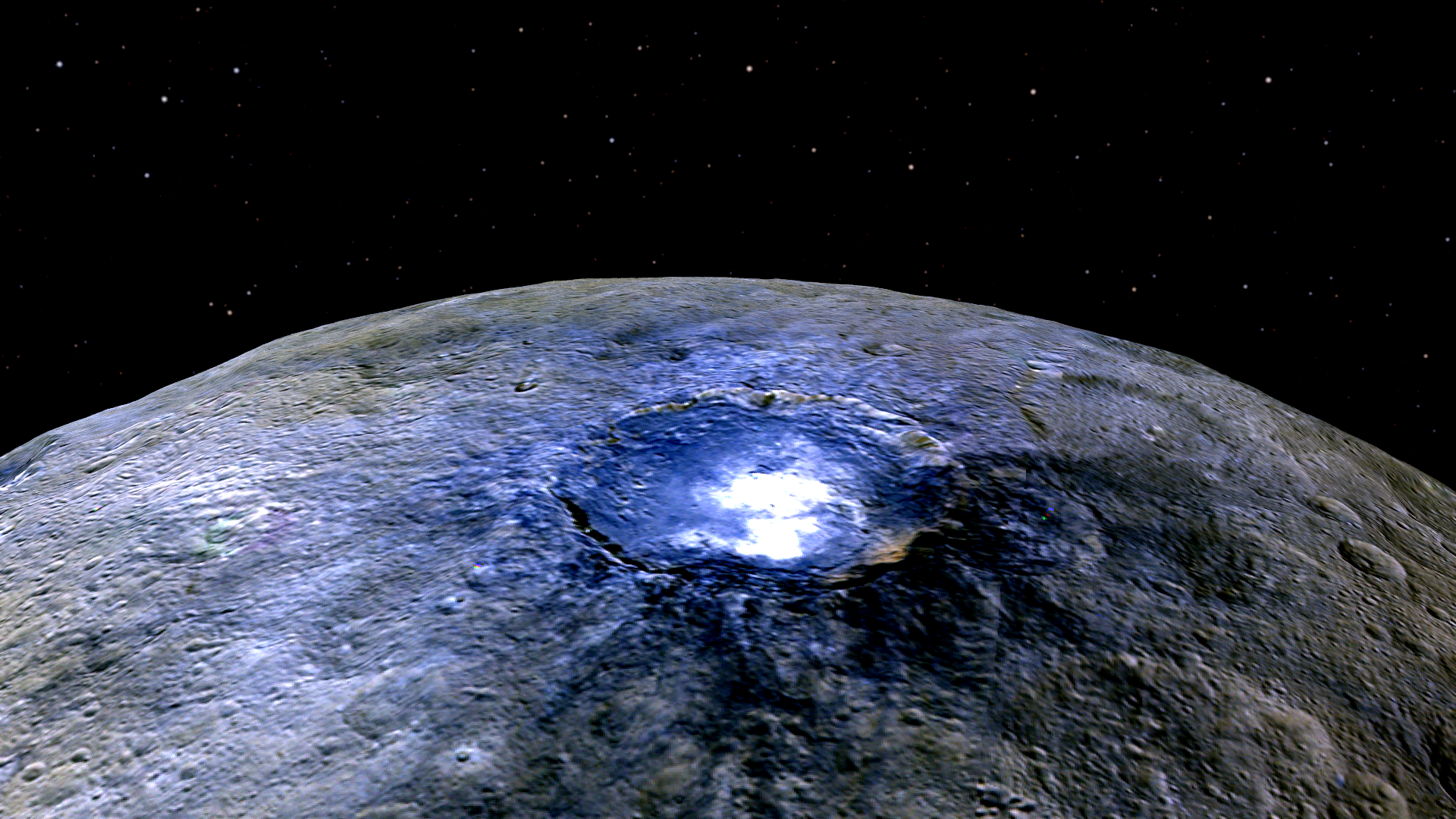 Max Gorbachev
All materialsWrite to the author
Named after the Roman goddess of agriculture and fertility, Ceres is part of an asteroid belt that lies between the orbits of Mars and Jupiter. For a long time, scientists believed that Ceres was a desolate space rock.
A group of international astrophysicists claims that the mysterious dwarf planet Ceres may have originated in the outer regions of the Solar System. According to their research paper, published on the preprint database Arxiv, Ceres stands out among the asteroids located near it because its surface contains a lot of ammonia, something asteroids tend to lack.

Other details that distinguish the enigmatic celestial body from asteroids in the belt is a mixture of water ice and minerals bound with water such as clay and carbonates, as well as Ceres' mantle, which is rich in water. In addition to that, the dwarf planet has low density and albedo, something that is typical of C-type asteroids.

However, they don’t have as much water and clay, the scientists write. Moreover, Ceres doesn’t look or act like an asteroid.

The researchers have proposed a hypothesis that might solve this puzzle. They believe that Ceres formed on the cold edges of the Solar System, somewhere beyond Saturn, and that it during the reshuffling of the outer planets got planted in the asteroid belt.

Other proposals include Ceres being formed in the asteroid belt, but in a very bizarre way that allowed it to maintain a lot of water and that over the course of billions of years, while a lot of ammonia floated in from the outer regions of the Solar System and landed on the surface of the dwarf planet.

Earlier this year, a group of international scientists discovered evidence of carbon-based building blocks of life present on Ceres’ surface, which they say raises the chance that it once hosted or still has the potential to host life. The researchers used images captured by NASA’s Dawn mission, which examined Ceres for three years.
Newsfeed
0
Access to the chat has been blocked for violating the rules . You will be able to participate again through:∞. If you do not agree with the blocking, please use the feedback form
The discussion is closed. You can participate in the discussion within 24 hours after the publication of the article.
To participate in the discussion
log in or register
loader
Chats
Заголовок открываемого материала