Barcelona 'in Talks to Sign Largest Sponsorship Deal in Football History', Worth $113 mln Per Year 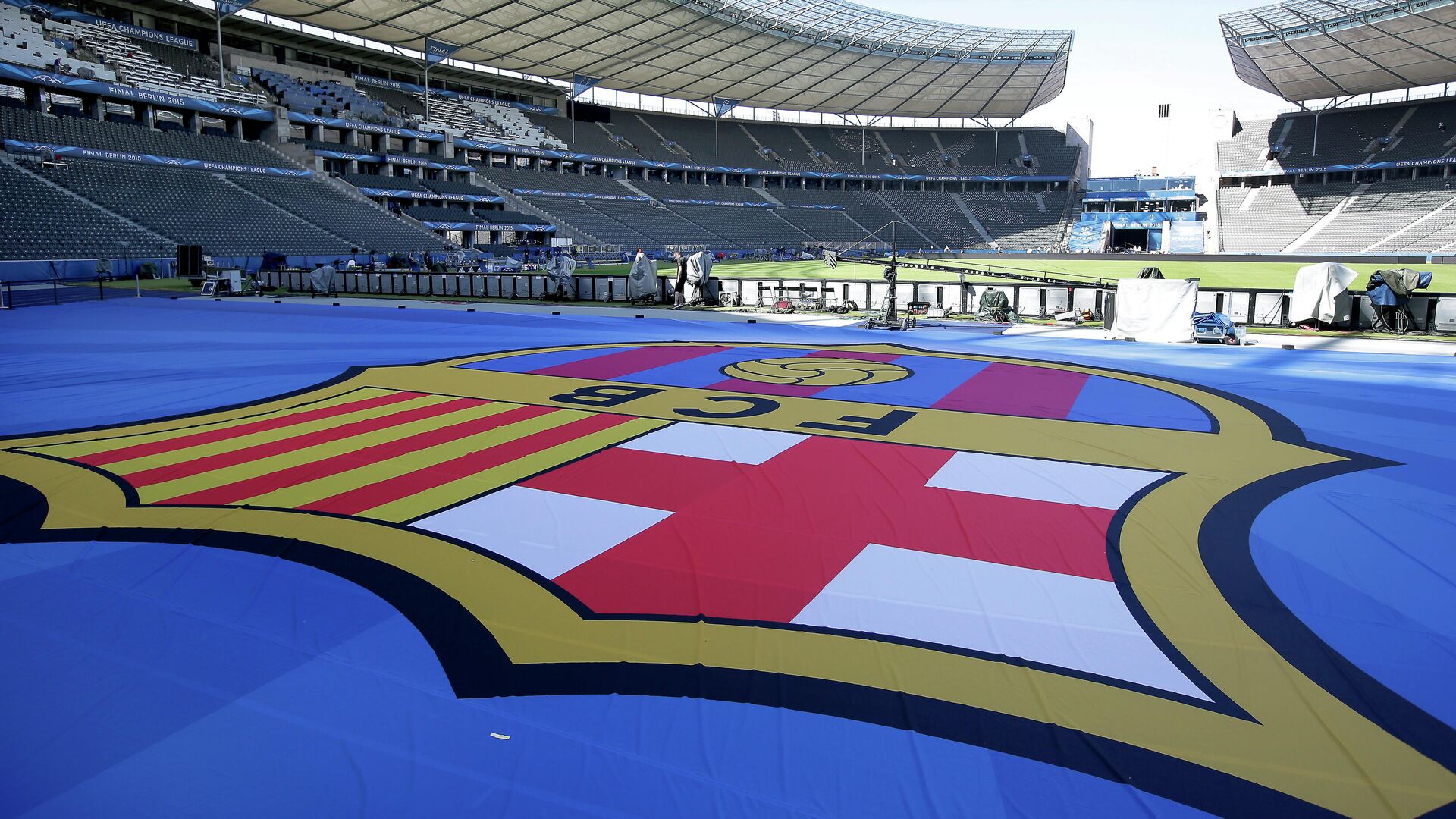 Pawan Atri
All materials
Barcelona are struggling both on and off the field with their debt ballooning over $1.5 billion and their miserable run across competitions still continuing. The Catalan giants are out of the La Liga and Champions League race and recently made an exit from the Copa del Rey competition. However, their standing in the football world remains intact.
Spanish powerhouse Barcelona are in talks with cryptocurrency companies VeganNation and Polkadot to sign the largest sponsorship deal in football history, Spanish outlet Sport reported.

The two companies are pushing for the package as Barcelona's current commercial contracts with the likes of Rakuten and Beko are expiring in the next six months.
The widespread commercial interest that Barcelona is still garnering is remarkable, considering they lost their biggest money-spinner in Lionel Messi to Paris Saint-Germain (PSG) and have gone down significantly in the pecking order of Spanish football.
The overall package being offered is said to be around $113 mln per year.

But in what could be called the cherry on the cake, the Blaugrana would still be able to showcase their logo on team shirts, jerseys and training kits despite the massive money the sponsors would have to shell to sign the deal.

As per the publication, VeganNation have been in contact with the club's top brass since November. It is being claimed that their CEO Isaac Thomas has even met Barca president Joan Laporta and their head of marketing and revenue Juli Guiu to finalise the agreement.

While VeganNation's first offer is to become the Catalonia-based outfit's main sponsor for a couple of years, beginning 2022, the American company's second proposal is a 'joint venture' with Tencent in which both the Chinese technology major and the cryptocurrency firm would have a 50-50 percent stake.

VeganNation is a US-based public firm which envisages creating a green economy that would largely function on cryptocurrency. For this purpose only, they have launched their own product in the market, called GreenCoin.

On the other hand, Barcelona have also been in touch with Polkadot and Spotify's representatives with the latter showing immense interest in becoming the club's main sponsor.

This could again be a win-win situation for Barca as it would allow the club to have separate agreements for their training kit, sleeves, and shirt.

The Spanish website has indicated that VeganNation is willing to pay as much as $113 mln per year to join the Spanish side as their training kit and sleeves sponsor allowing Barcelona to have a separate deal for their main sponsorship, which would be much larger than the aforementioned one.

Barca's finances are in disarray at the moment and in case VeganNation comes on board, it would bring the much needed millions into the club.
Newsfeed
0
Access to the chat has been blocked for violating the rules . You will be able to participate again through:∞. If you do not agree with the blocking, please use the feedback form
The discussion is closed. You can participate in the discussion within 24 hours after the publication of the article.
To participate in the discussion
log in or register
loader
Chats
Заголовок открываемого материала