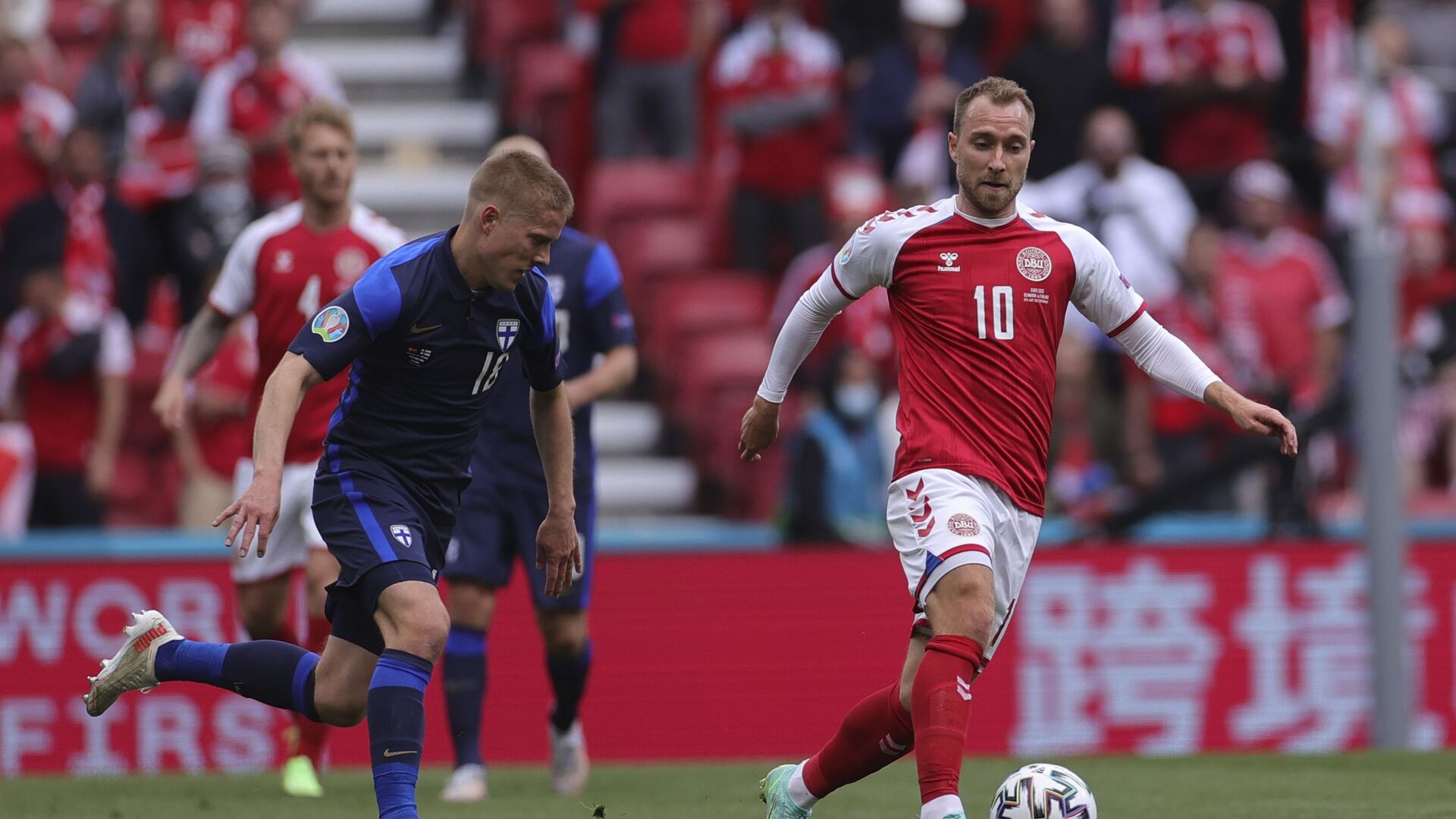 Max Gorbachev
All materialsWrite to the author
The 29-year-old made headlines around the world last year after he collapsed towards the end of the first half of a Euro 2020 game after suffering a cardiac arrest. Experts say swift the response of Denmark’s captain Simon Kjaer and the team’s medics saved the athlete’s life.
Denmark’s star Christian Eriksen says he wants to play for the national football team at the 2020 World Cup in Qatar despite health problems he experienced last summer. In an interview with Danish media, the midfielder said it is he dream to return to the pitch and represent his country, noting that the health scare he had was a "one-timer".

"I want to play. That’s been my mindset all along. It’s a goal, a dream. Whether I’ll be picked is another thing. But it’s my dream to come back. I’m sure I can because I don’t feel any different. Physically, I’m back in top shape. Again, it’s up to the manager to assess my level. But my heart is not an obstacle", Eriksen said.

The athlete revealed he had spent some time training on his own at his former club Odense. He admits that returning to playing for the Danish national team is "still some time away", but stressed that he is going to prove that he is "back at the same level".

Eriksen suffered a cardiac arrest towards the end of the first half during Denmark’s Euro 2020 game against Finland. He was running towards his teammate, who was making a throw-in, when he suddenly started stumbling and fell forward. Medics gave the athlete cardiopulmonary resuscitation and he was rushed to a hospital, where he was fitted with implantable cardioverter-defibrillator (ICD).

The 29-year-old has not played professional football since the incident as rules in Serie A, where he performed for Inter, do not allow athletes with an ICD to perform. His agent Martin Schoots said all recent medical checks showed good results and suggested that the athlete may continue his career in the Netherlands or England.

Christian Eriksen played in Tottenham for almost seven years before moving to Inter Milan. In 2020, he helped the club win their first title in Serie A in 11 years.
Newsfeed
0
Access to the chat has been blocked for violating the rules . You will be able to participate again through:∞. If you do not agree with the blocking, please use the feedback form
The discussion is closed. You can participate in the discussion within 24 hours after the publication of the article.
To participate in the discussion
log in or register
loader
Chats
Заголовок открываемого материала