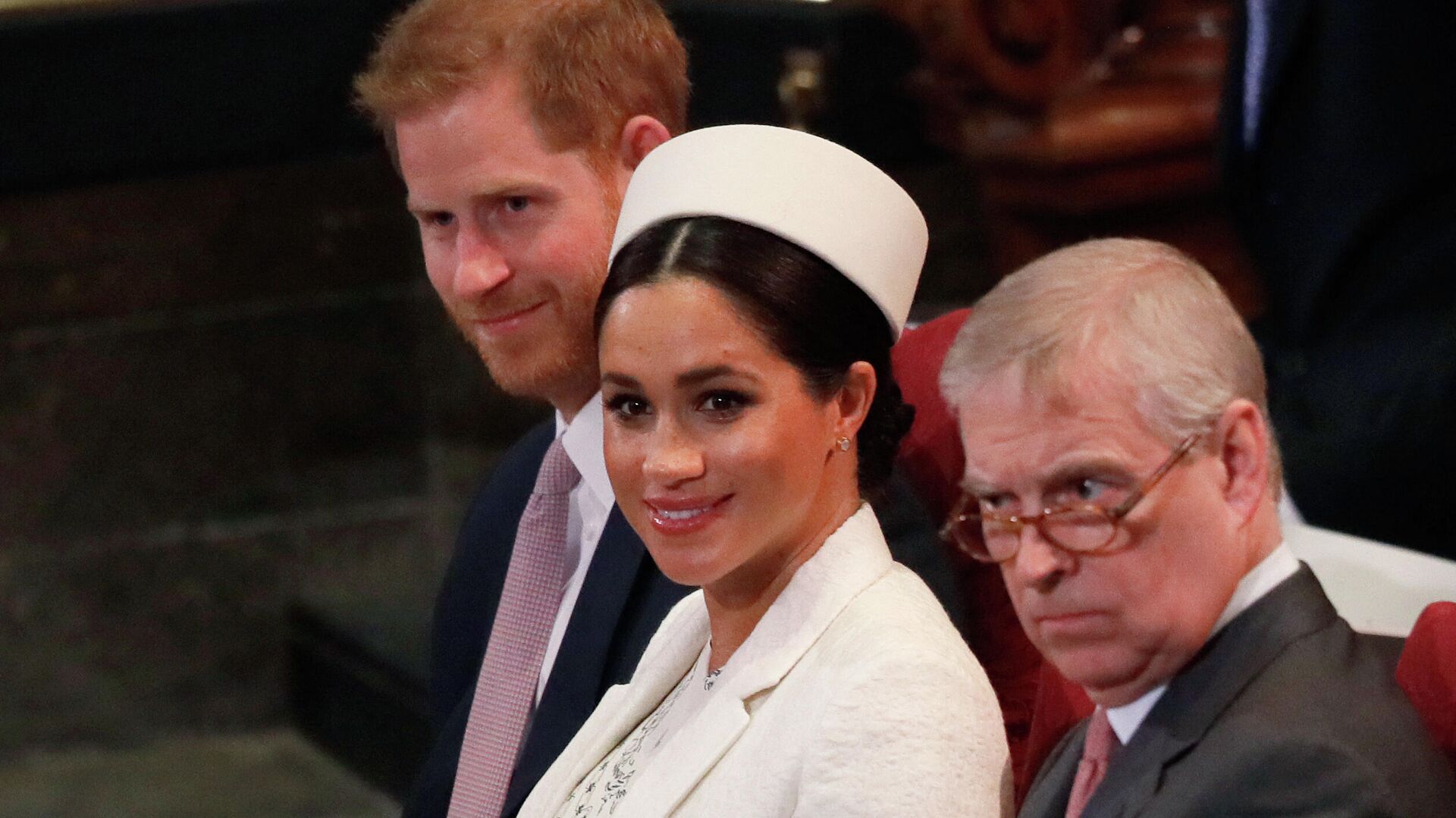 Max Gorbachev
All materialsWrite to the author
The Duke of York faces accusations from American Virginia Giuffre, who claims she was forced into an intimate relationship with Andrew when she was a minor. The royal has categorically denied the accusations. His legal team is now fighting to have the lawsuit dismissed by the judge.
Meghan Markle may testify in Prince Andrew's sexual abuse case, David Boies, a lawyer who represents the royal's accuser, Virginia Giuffre, has said. According to the attorney, the Duchess of Sussex may have vital information about Prince Andrew and is a member of the Royal Family who could be counted on to "tell the truth".

Another reason why the lawyer considers Meghan Markle a valuable witness is that she is a citizen of the United States and now resides in California, hence is subject to the jurisdiction of the country's courts.

Meghan Markle began dating Prince Harry in 2016 and became a member of the Royal Family when she married the Duke of Sussex in 2018. In January 2020, six months after the Jeffrey Epstein sex scandal broke out, the couple announced their decision to step down from senior roles in the Royal Family and move to North America in order to become financially independent.

Allegations Against Prince Andrew and Other Potential Witnesses

Virginia Giuffre (nee Roberts) is one of the alleged victims of Jeffrey Epstein, a US financier who was charged with running a sex trafficking network of minors. His social circle included many powerful individuals – former US presidents Donald Trump and Bill Clinton, ex-Israeli Prime Minister Ehud Barak, Microsoft co-founder and billionaire Bill Gates, actors Kevin Spacey and Chris Tucker, and royals (Prince Andrew).

Giuffre claims that when she was 17 she was trafficked to London by Epstein and his purported accomplice Ghislaine Maxwell and forced to have sex with Prince Andrew. The 38-year-old has also alleged that the Duke of York had sex with her without her consent on two other separate occasions.
Prince Andrew has vehemently denied the accusations. In an interview with the BBC he insisted he had never met Giuffre and said he had an alibi for the day the purported sexual intercourse occurred in London. Doubts have been cast on his statements as there is at least one photo showing the royal with the young Giuffre (Prince Andrew says the image was doctored) and there are at least two individuals who claimed to have seen him with the girl – in a nightclub and on Jeffrey Epstein's private Island.

Mrs Giuffre filed a civil lawsuit against the royal in New York this August seeking "accountability" from Prince Andrew and demanding an unspecified amount in damages from the Duke of York.
Her legal team previously suggested that close relatives of the Duke of York and his aides may be called to testify during the trial. In particular, his former wife Sarah Ferguson, who says she can confirm the royal's alibi. Other senior members of the family – Prince Charles, Prince Anne, Prince Edward, Prince Harry, and Prince William – could also be called to give deposition.

David Boies said that the legal team doesn't have plans to call Queen Elizabeth, Prince Andrew's mother, to testify. "Out of respect and deference" and because of her age, the lawyer said.

Jeffrey Epstein was found hanged in his prison cell on 10 August 2019, a month after his arrest on charges of running a sex trafficking network of minors. His alleged accomplice Ghislaine Maxwell is now on trial in New York. Maxwell, the daughter of UK billionaire Robert Maxwell, is said to have introduced Prince Andrew to Epstein. She faces eight charges including enticing a minor as young as 14 to engage in illegal sex acts.

Several alleged victims of Epstein testified during her trial. They accused Maxwell of luring them into the hands of the financier by promising well-paid jobs in the house of the millionaire. Her legal team insists she is innocent and has been made a scapegoat for Jeffrey Epstein's crimes.
The jury, comprised of six men and six women, ended their second day of deliberations without reaching a verdict. They have asked to see the transcripts of testimonies from three female accusers and whether they can consider the testimony of one woman as evidence that might support the counts of conspiracy that Maxwell faces. The jury will resume deliberations on Wednesday with the verdict expected this month.
Newsfeed
0
Access to the chat has been blocked for violating the rules . You will be able to participate again through:∞. If you do not agree with the blocking, please use the feedback form
The discussion is closed. You can participate in the discussion within 24 hours after the publication of the article.
To participate in the discussion
log in or register
loader
Chats
Заголовок открываемого материала