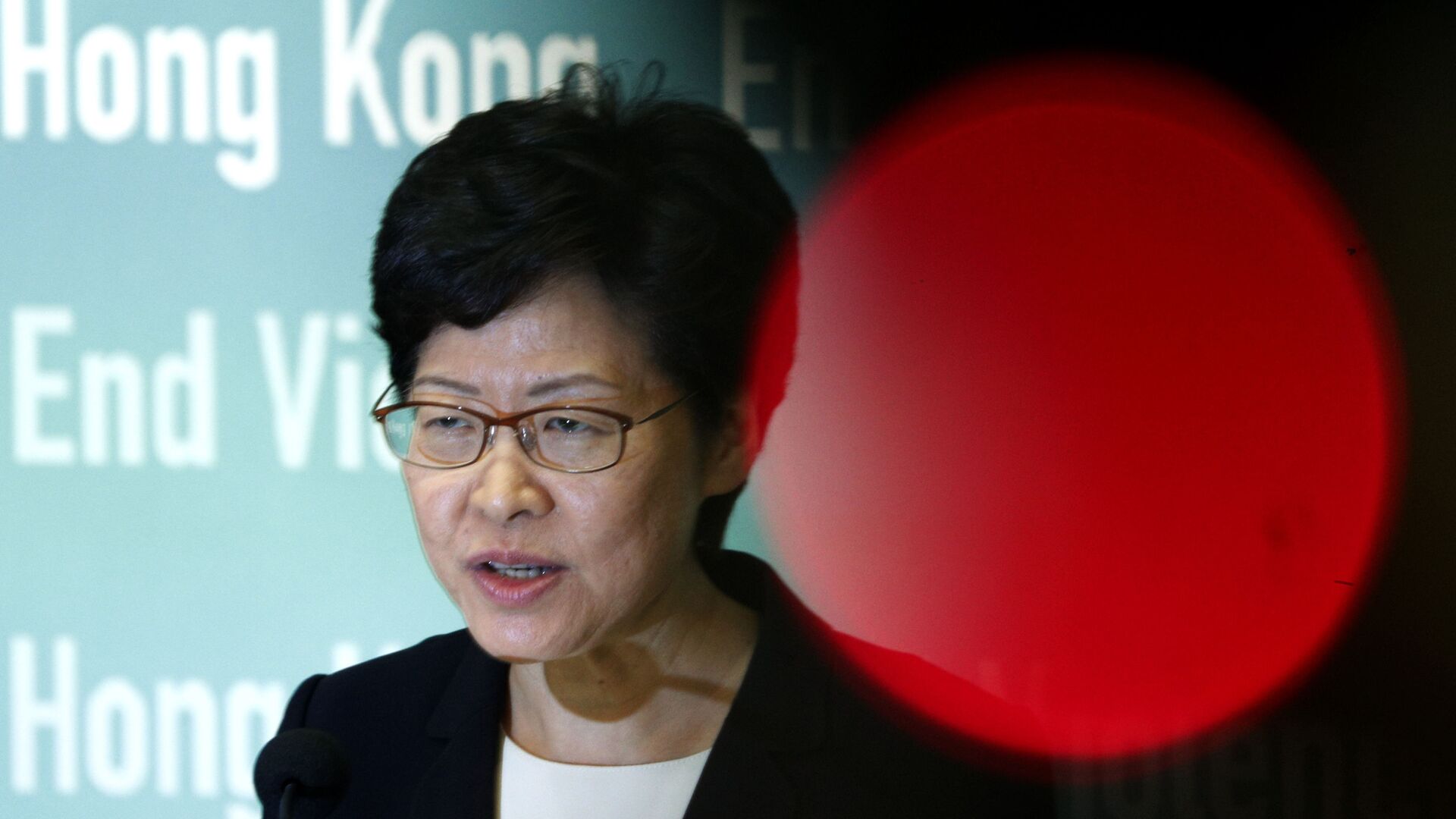 Max Gorbachev
All materialsWrite to the author
The news comes a month after several threatening letters were sent to judges in Hong Kong in what experts have described as opposition to the national security law that was introduced by Ms Lam’s office last year. Critics of the government said it undermines the region’s autonomy.
Hong Kong leader Carrie Lam has received a letter containing a razor blade and threats, her office has announced. The Standard wrote, citing its sources, that aside from the razor blade, the letter contained a list of political demands. Ms Lam’s office said the letter contained "intimidating content", but did not elaborate on the details.

Police arrived to retrieve the envelope for further inspection. Following a preliminary investigation, the case has been listed as criminal, local media reported.
A spokesman for the government said authorities will not "tolerate such illegal acts of violence and intimidation".

"Whether it is the Chief Executive or the other public officers, the Hong Kong government will take the case seriously and spare no effort in bringing the culprit to justice to safeguard the safety of public officers and public peace", the spokesman said.

Experts say the letters were likely sent by critics of the government and "pro-democracy" activists, who have voiced their opposition against the arrests of demonstrators who participated in anti-government protests between 2019 and 2020.

The legislation was introduced in response to massive protests against an anti-extradition bill that was designed to establish a mechanism for transfers of criminals from Hong Kong to Taiwan, Macau, and mainland China. Demonstrators claimed the bill infringed on civil liberties.

The national security law carries tougher penalties for protesters, as well as criminalises acts deemed to be subversion, secession, collusion with foreign forces, and terrorism. Individuals charged under the law are denied bail until trial and, as mentioned earlier, may face life in prison.

The decision to introduce the law prompted criticism both internally and externally, with countries like Australia, Canada, Japan, and the United States expressing concern about it. Hong Kong authorities have faced especially harsh criticism in Britain. Hong Kong is a former colony of the United Kingdom that was handed over to China in 1997, with London and Beijing signing a Joint Declaration that enshrined civil liberties under the "one country, two systems" principle.

Critics of the Hong Kong government say the legislation violates this principle as it abolishes the region’s autonomy from China. Chinese authorities say that the law brings stability to Hong Kong.
Newsfeed
0
Access to the chat has been blocked for violating the rules . You will be able to participate again through:∞. If you do not agree with the blocking, please use the feedback form
The discussion is closed. You can participate in the discussion within 24 hours after the publication of the article.
To participate in the discussion
log in or register
loader
Chats
Заголовок открываемого материала