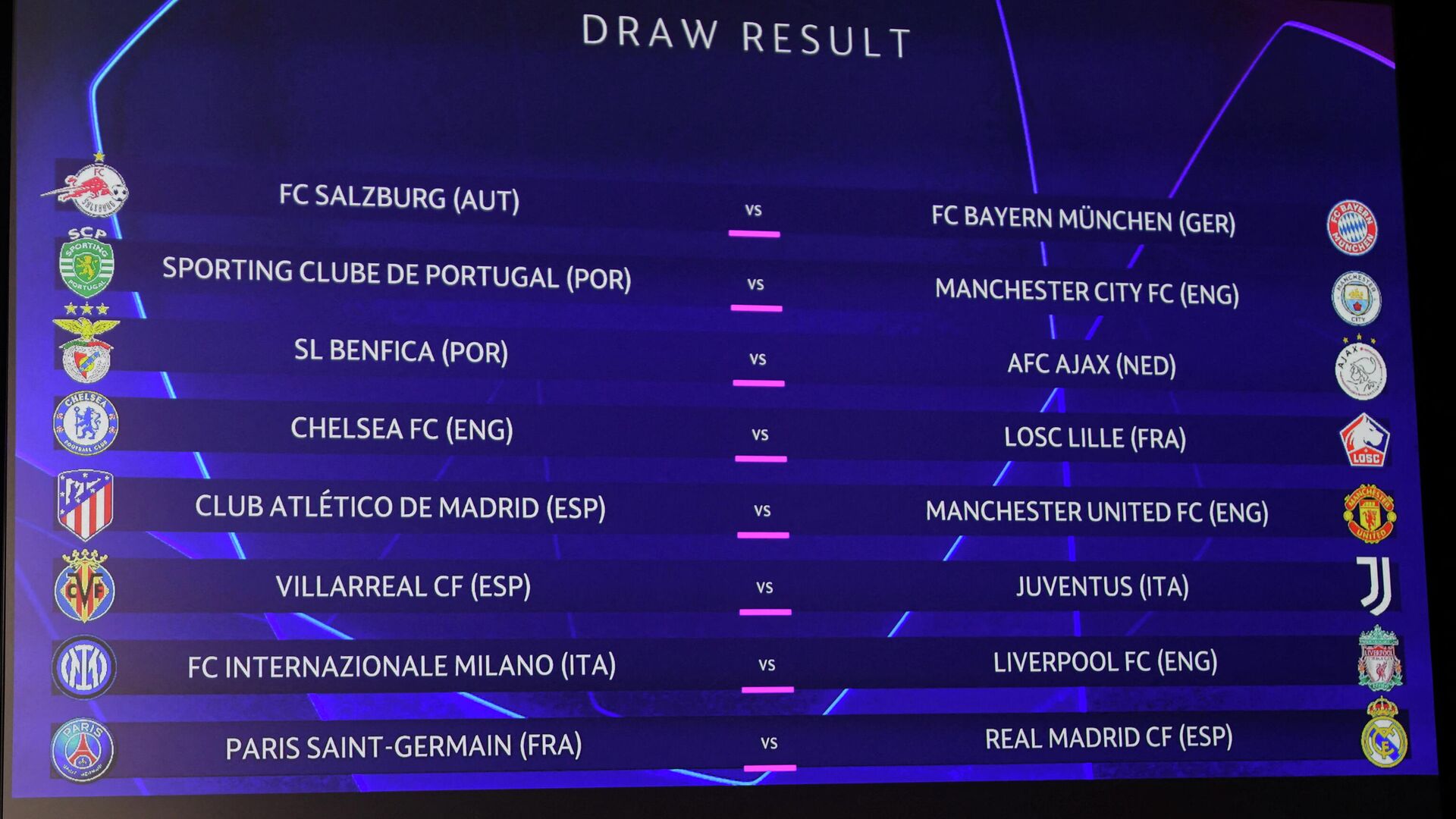 Pawan Atri
All materials
Controversies in football are a common sight. However, it's quite rare to witness such disputes during a draw ceremony of a premier tournament. On Monday, though, UEFA, the governing body of the sport in Europe, suffered a major embarrassment after the Champions League draw experienced a major goof-up.
The draw for the UEFA Champions League was redone after the earlier ceremony was mired in controversy.

In the initial draw, Cristiano Ronaldo's Manchester United were drawn against Lionel Messi's Paris Saint-Germain (PSG) in what was billed as a clash of the titans in the Round of 16.

However, United's clash with PSG was only confirmed after a huge mix-up.

Subsequently, the Red Devils were denied the chance to meet Atletico Madrid in the knock-outs after their name was accidentally omitted from the draw for a brief period.

"No, this is not possible because Manchester United was in the group so we need to draw another one", Marchetti said. "Manchester United played in the same group as Villarreal so they must be paired with another team".

In the end, UEFA had to reorganise the entire ceremony again and this time, there was no match between Messi's PSG and Ronaldo's United.

But, CR7's side finally received its share of luck as they got Atletico on the second opportunity.

Meanwhile, PSG weren't as fortunate as the iconic English club, as the French team will now have to face Spanish behemoth Real Madrid, who are current La Liga table toppers as well, for a place in the quarters.

Other Round of 16 match-ups to look forward to in the competition are Italy's Inter Milan vs Jurgen Klopp's Liverpool, Sporting against Pep Guardiola's Man City.

On the other hand, reigning champions Chelsea have been drawn to confront Ligue 1 side Lille, while German powerhouse Bayern Munich will fight FC Salzburg for a spot in the last 8.
Newsfeed
0
Access to the chat has been blocked for violating the rules . You will be able to participate again through:∞. If you do not agree with the blocking, please use the feedback form
The discussion is closed. You can participate in the discussion within 24 hours after the publication of the article.
To participate in the discussion
log in or register
loader
Chats
Заголовок открываемого материала