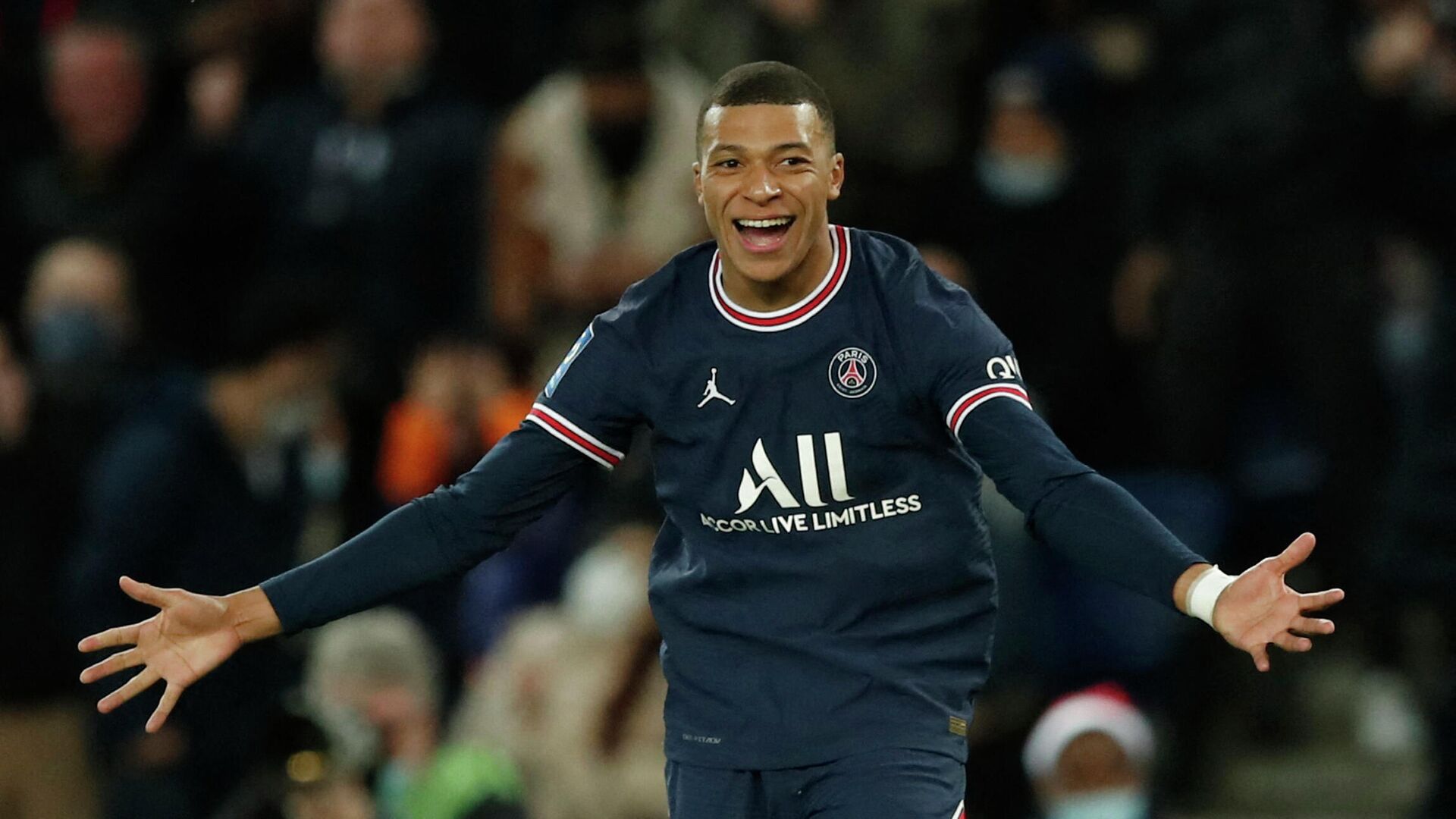 Pawan Atri
All materials
Kylian Mbappe's love-hate relationship with his current employers Paris Saint-Germain (PSG) has continued to keep the transfer market on its toes. But nobody can deny the fact that he has been the key to the Ligue 1 side's recent success. Over the weekend, the World Cup winner set another record to power his team to another comfortable win.
Prodigious French striker Kylian Mbappe has told PSG fans that he was "happy" at the club after leading the Paris-based team to a dominant 2-0 win over AS Monaco on Sunday night.

With his brace against his former team, Mbappe reached the 100-goal landmark for PSG. All at the age of 22 years and 357 days.

In the process, Mbappe became the youngest male footballer to score 100 goals for a single club in Europe's top flight competitions as per sports statistics tracking firm Opta's analysis since 1950.

100 - Kylian Mbappé has now scored 100 Ligue 1 goals for Paris. He is the youngest player to score 100 goals for a single team in the top-flight (22 years and 357 days) since Opta began recording this data (1950/51). Astonishing. #PSGASM pic.twitter.com/kxtnLpPCO3

"I love to play. I love to play, I still love being on the pitch playing every game", Mbappe said after PSG's win. "So it's a pleasure to be able to play again today, to be able to help my team. I hope to continue for the matches that remain before the end of the calendar year".

While Mbappe has been linked with a move to Spanish giants Real Madrid for the past year, in recent days he has hinted at staying in France despite declining PSG's last offer to extend his contract.

After his impressive display against Monaco, the 22-year-old footballer once again indicated that he was happy about his stay at Parc des Princes and a potential deal with Madrid seemed off the table at this juncture.

"It's football! I always said that I had an incredible time at [Monaco]. I grew up there. I have had amazing memories. But now the page is turned. I play for PSG, I am very happy. I give everything I have for the club", he said.

Mbappe has been the central figure in PSG's dominance of Ligue 1 this season.

While he reached a century of goals for PSG on Sunday, his sparkling form has been the main factor behind his team's 13-point lead at the top of the French league. At present, PSG lead the race with 45 points. Meanwhile, second-placed Marseille have 32 points with a game in hand.

So far, Mbappe has hit the back of the net nine times for Mauricio Pochettino's side in the current season. He is the leading goalscorer for the club even after the arrival of seven-time Ballon d'Or winner Lionel Messi, who has only scored a solitary goal in 10 appearances for PSG in Ligue 1.

PSG will play their next game against SC Feignies, a Round of 64 encounter in the French Cup on 19 December.
Newsfeed
0
Access to the chat has been blocked for violating the rules . You will be able to participate again through:∞. If you do not agree with the blocking, please use the feedback form
The discussion is closed. You can participate in the discussion within 24 hours after the publication of the article.
To participate in the discussion
log in or register
loader
Chats
Заголовок открываемого материала