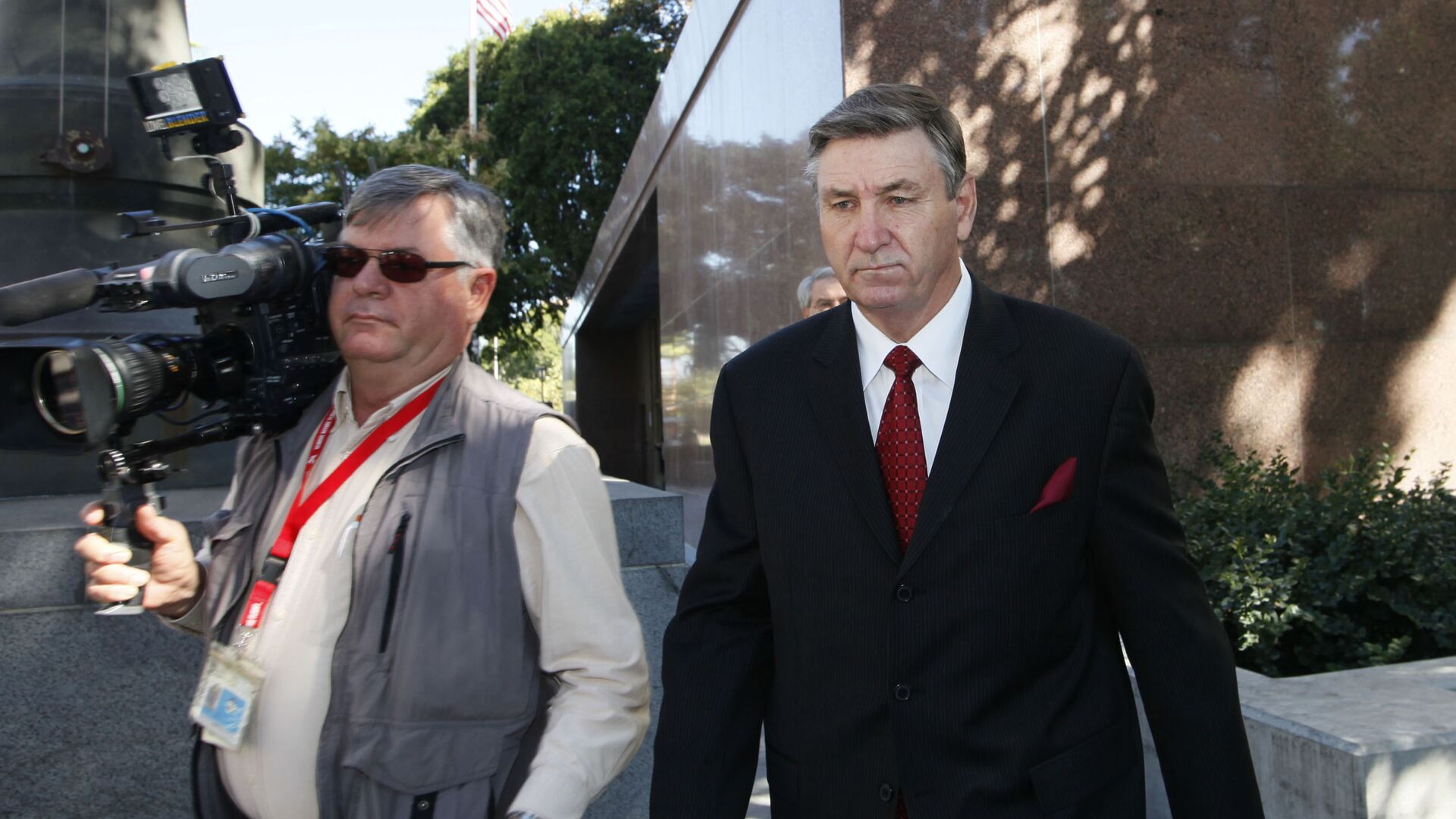 Max Gorbachev
All materialsWrite to the author
For more than 13 years Jamie Spears was in charge of the singer's estate after she was placed in a court-appointed conservatorship following a series of mental breakdowns. This year the pop star asked the court to have Jamie removed from the conservatorship, citing abuse.
Britney Spears' father Jamie has asked a court to grant him access to the singer's estate, Variety has reported citing court documents it obtained. While the court terminated the star's conservatorship on 12 November, legal proceedings pertaining to the matter still continue.
According to Variety, earlier this week, Jamie Spears and his attorney Alex Weingarten appeared in the courtroom via teleconference with the lawyer asking the judge to allow his client retain the right to access Britney's estate, which is reportedly estimated to be around $60 million.
The request was quickly objected to by John Zabel, a public accountant hired by the singer to help her with her finances. At one point, Jamie Spears' attorney told the court to "behave like grown-ups", Variety writes.
John Zabel voiced opposition to Jamie Spears' proposition regarding the pop diva's estate, saying: "In a normal situation, a normal person would never have to show their estate plan" to their family, friends, or anyone else.

In 2008, following a series of mental breakdowns during which Britney attacked a paparazzi car with an umbrella, shaved her head, and became involved in a standoff with police, a court placed Britney Spears in a conservatorship and named her father as her guardian.

Conservatorship is granted by a court when a person is deemed incapable of caring for themselves due to neurodegenerative diseases like Alzheimer's or Parkinson's, or mental illnesses with the guardian being in charge of the individual's life. It is said that Jamie controlled every aspect of his daughter's life – from personal choices to finances and career decisions and judging by media reports he did not do it without remuneration.

According to The New York Times, he received a cut from Britney's touring revenues, earning $2.1 million between 2013 and 2017, when the singer performed in Las Vegas. The newspaper writes that he also received at least $500,000 in 2011 from Britney's "Femme Fatale" tour. On top of that, he received almost $300,000 in a court-ordered salary during the13-year conservatorship, with Britney Spears also covering her father's legal fees when she decided to go to court to have her conservatorship removed.

Since 2009, a group of stalwart supporters has claimed that she was being kept prisoner by her family. Over the years, the group's numbers grew and it received support from several celebrities, including singer Miley Cyrus, actress Rose McGowan, and socialite Paris Hilton. The movement came to be known as "Free Britney".
The musician's family insisted that the conservatorship was necessary as Britney suffers from mental issues.

This summer, the singer testified in court and accused her father of "abuse". The 40-year-old claimed she's been drugged, forced to perform against her will, prohibited from marrying her boyfriend, and forced to get an intrauterine device to prevent pregnancy.

"It's embarrassing and demoralising what I've been through, and that's the main reason I didn't say it openly. I didn't think anybody would believe me", the singer said.

Her court battle against her father ended on 12 November, when Los Angeles Superior Court Judge Brenda Penny terminated the conservatorship. Britney Spears' lawyer Mathew Rosengart stated that he intends to launch an investigation into how the pop star's father handled her conservatorship as well as into other individuals involved in the process.

Mr Rosengart has previously claimed that Jamie Spears tried to use extortion tactics and demanded $2 million in exchange for suspension of the conservatorship.

Jamie Spears' legal team has dismissed the allegations against him and denied he was responsible for the restrictions placed on his daughter during the guardianship.
Newsfeed
0
Access to the chat has been blocked for violating the rules . You will be able to participate again through:∞. If you do not agree with the blocking, please use the feedback form
The discussion is closed. You can participate in the discussion within 24 hours after the publication of the article.
To participate in the discussion
log in or register
loader
Chats
Заголовок открываемого материала