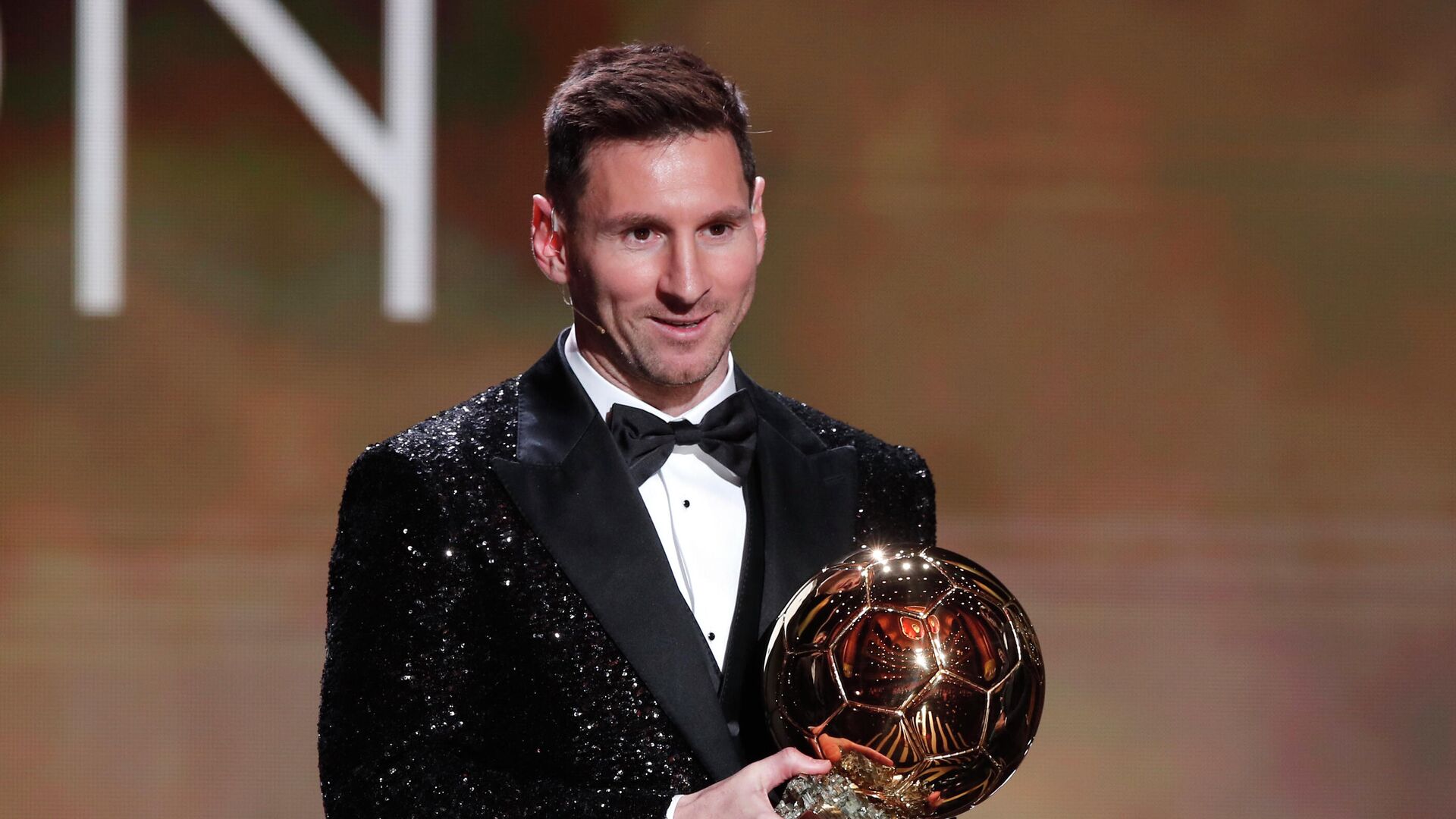 © REUTERS / BENOIT TESSIER
Subscribe
International
India
Africa
Max Gorbachev
All materialsWrite to the author
Earlier this week, the 34-year-old athlete won the 2021 Ballon d’Or and became the first player to be awarded football’s most prestigious individual honour for a seventh time. Messi’s rival Cristiano Ronaldo comes second with five awards.
Lionel Messi has revealed he "never" wanted to become the best football player. The striker made the statement while speaking with France Football magazine. The Argentine striker is widely considered one of the best athletes in the history of football, but over the years, Messi has avoided speaking on the topic.

During the interview with France Football, the 34-year-old striker was asked whether winning the record seventh Ballon d’Or made him realise that he is the best football player. Messi said he had never thought of himself that way.

"For me, the fact alone that I can be considered among the best in the world is more than enough. It’s something which I never would have dared to imagine or dream of. But…I don’t know how to say this without being misinterpreted. It's something that doesn't interest me, it doesn't change anything whether I'm considered the best or not. And I never wanted to be the best", the athlete said.

The 34-year-old stressed that over the years, he has been focused on improving his performance, by setting new challenges for himself.

"I never liked being a role model or giving advice. I fought for my own dreams. I believe God decided to give me everything”, Messi said.

During the interview, the striker touched on a number of topics, including his comparison to another iconic Argentine player, the late Diego Maradona. Lionel Messi confessed he had never paid attention to the comparisons, noting that some criticism had "bothered" him in the past, referring to his struggle to win trophies with the Argentine national team.

Speaking about his rivalry with Portuguese striker Cristiano Ronaldo, another player widely regarded as the best player in the history of football, Messi praised him, but emphasised that he would rather compete with his former self than Ronaldo.

"With Cristiano we maintained the competition during the same championship for years. It has been wonderful and it has helped us to grow in our careers. But without looking at each other. I just wanted to surpass myself to be the best and not better than the other", Messi said.