'Have Lost All Respect for Him': Fans Slam Ronaldo for Undermining Lionel Messi 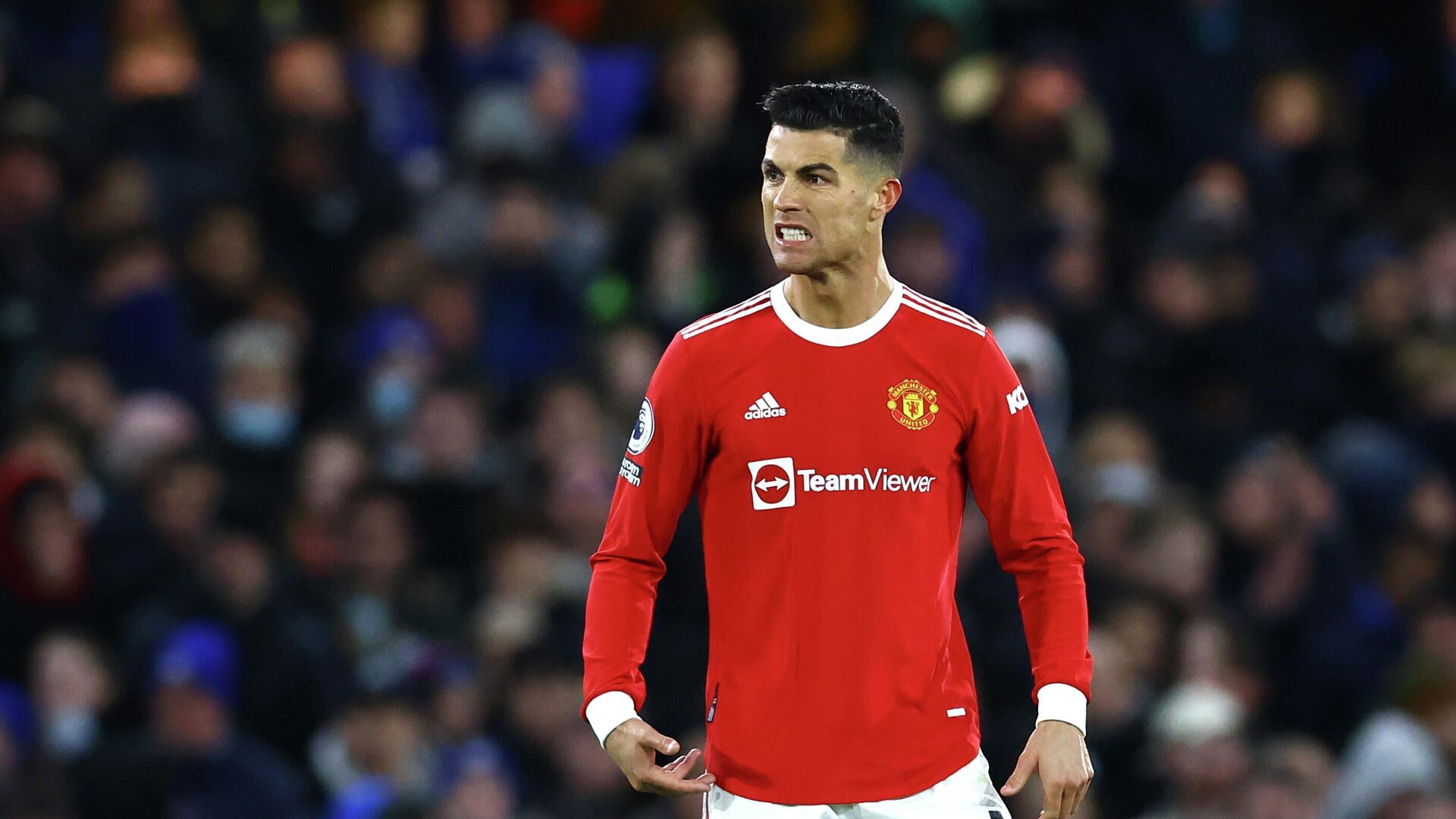 Pawan Atri
All materials
Lionel Messi and Cristiano Ronaldo are widely considered the greatest footballers of all time. However, what sets them apart is how each reacts to the success stories of the other. Although the Argentine has never made a remark against the Portuguese in public, CR7 has often shared his disdain for the former Barca frontman on social media.
Several fans of Lionel Messi have slammed Man United ace Cristiano Ronaldo after the Portuguese maestro on Wednesday agreed with a supporter who posted on Instagram that the PSG forward stole the Ballon d'Or from him.

Fans argued that not only has Messi never "disrespected Ronaldo", he has even praised him recently, openly supporting the Portuguese wizard's return to Old Trafford earlier this year.

However, a few claimed that Ronaldo is so obsessed with the Argentine skipper that he always wants to surpass him in every department on and off the field.

A couple of supporters declared that Ronaldo was jealous of the 34-year-old footballer's feats, which could possibly be why the ex-Juventus player almost always tries to undermine Messi's accomplishments.

Others blasted Ronaldo for his "lack of sportsmanship" before insisting that his "inferiority complex was despicable".
A section of social media users said that they "have lost all respect for [Ronaldo]" after he took a shot at Messi.

Messi deep down knows he’s much better than Pendu so there’s no reason. Antonella doesn’t care about football so she has no reason to disrespect him and Pendu hasn’t been good at football since Messi’s kids were born so they’re not even aware that there’s a rivalry. https://t.co/wAZr8YFxOU

Obsession. If Messi posts Antonella and kids....Within 1 min CR would post his own family. If Messi steals the headlines. CR would wreck a havoc just to be in the spot light. His relevance off the pitch is tied to Messi

I actually can’t believe this is a 36 year old athlete, the lack of sportsmanship and the inferiority complex is despicable. pic.twitter.com/iSMBdbEXey

Ronaldo looking at Messi's 7 ballon d'ors, then looking at his own 5 😭😭 #Factos pic.twitter.com/2PqksEzI5k

Messi said these warm words about Ronaldo's current situation barely a week ago. Sieve through whatever records exist, Leo has always conducted himself gracefully when speaking about Cristiano.

A low moment from CR and I genuinely have lost all respect for him. pic.twitter.com/5fgNdJ6P93

Messi's admirers started having a go at Ronaldo when the 36-year-old megastar, who has won the Ballon d'Or trophy five times, expressed his disappointment with the polling for this year's award after ending up in sixth position, 435 votes shy of his arch-rival.

The former Real Madrid forward seemed frustrated by Messi's win as he apparently tried to undermine the PSG marksman by listing "facts" on the post of a fan who explained why Ronaldo should have been honoured with the award a sixth time, which would have made him equal Messi's record haul.

The Instagram post on the account dubbed "Cristiano Ronaldo - The Legendary", labelled Messi's landmark victory as "Theft. Dirt. Shame. Simply regrettable" and went on to applaud Ronaldo's performance throughout the 2020-21 season, giving a detailed account of his achievements.

Launching a scathing attack on Messi's performance in big games, the post argued he had "disappeared" in crucial matches for Barcelona before having a dig at Argentina's Copa America suggesting the tournament is no longer as prestigious as it once was.

"And who does the prize go to? Messi, who only won the Copa del Rey by Barcelona, and hasn't scored a goal against Real Madrid since Cristiano left, disappeared in the big games of the season, won the Copa America that was supposed to be every four years and now they do practically every year."

On Monday, Messi added to his record six Ballon d'Or trophies by winning a seventh, after defeating Bayern Munich's Robert Lewandowski by 33 votes.

However, he was magnanimous in victory and hailed Lewandowski for his exhilarating performance for Bayern Munich during the past two seasons.

The Argentina skipper said Lewandowski would have been a worthy winner if he had bagged the game's top prize.

Messi added that the Pole deserved the honour after missing out on the award last year. Lewandowski was largely predicted to win his first Ballon d'Or last year but the event was cancelled because of the raging coronavirus pandemic.
Newsfeed
0
Access to the chat has been blocked for violating the rules . You will be able to participate again through:∞. If you do not agree with the blocking, please use the feedback form
The discussion is closed. You can participate in the discussion within 24 hours after the publication of the article.
To participate in the discussion
log in or register
loader
Chats
Заголовок открываемого материала