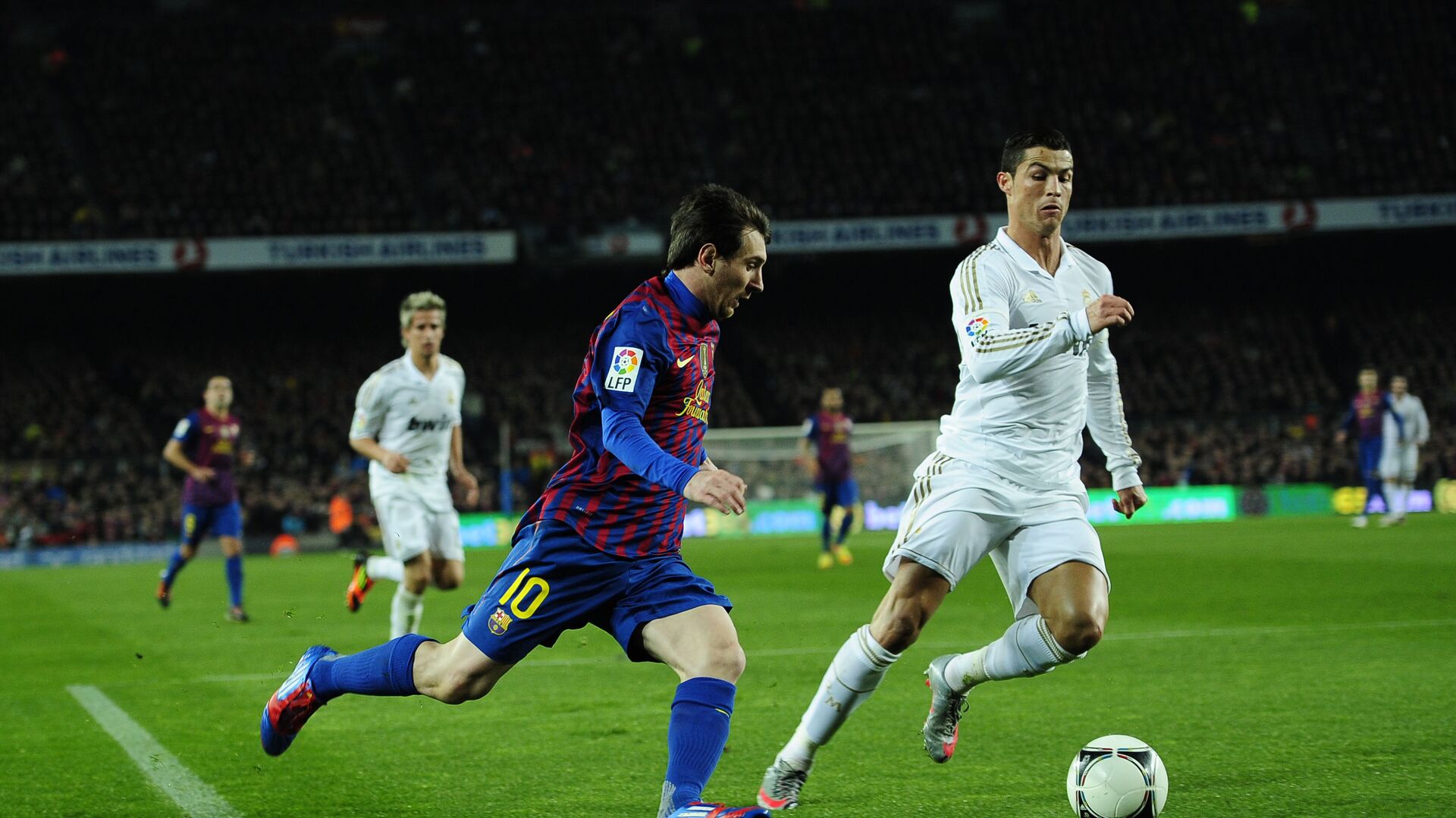 Pawan Atri
All materials
Widely regarded as two of the greatest footballers to grace the planet, Lionel Messi and Cristiano Ronaldo have often been compared with each other. Messi's stupendous record at his boyhood club Barcelona earned him global admiration but Ronaldo's heroics across England, Spain and Italy have proved he's a match winner in every sense.
Argentina skipper and PSG forward Lionel Messi may have won an unprecedented seventh Ballon d'Or during a glittering ceremony at the Theatre du Chatelet in the French capital on Monday, but he still trails Cristiano Ronaldo in one of football's biggest honours.

Though the former Barcelona talisman is well ahead of his great rival in the Ballon d'Or stakes, he lags the Man United ace in how many points he has accrued in the history of Ballon d'Or.

Ronaldo has claimed the Ballon d'Or five times - the most any other footballer has won after Messi - but he has totted up 3,781 points as he has been nominated a record 17 times for the award.

On the other hand, Messi has been nominated 15 times for the Ballon d'Or which is precisely why he has earnt fewer points than CR7 - the Argentine has compiled 3,574 points, putting him second behind the Portuguese maestro.

Messi and Ronaldo have dominated the Ballon d'Or, particularly since 2008 - Luka Modric and Virgil van Dijk are the only active footballers alongside the duo who feature among the top 10 most nominated players.

Apart from the aforementioned four, the list of the most nominated players is highlighted by yesteryear greats such as Johan Cruyff, Zinedine Zidane and Ronaldo Nazario.

However, Messi's Ballon d'Or record has been ridiculed by a section of football lovers and Ronaldo's former Real Madrid teammate Toni Kroos.

Kroos even claimed that French forward Karim Benzema or Ronaldo should have been given the award as their performance was far better than the Argentine's, especially when under pressure.

"First of all, I must say that I am not interested in individual awards at all. However, if there are [such awards], they should be fair. In my opinion, this is not the case at all," he said on his podcast on audio-streaming site spoti.fi.

"If you were really picking the best individual player from last year, Benzema should have been No.1 because I see closely how exceptional he is," he added.

Kroos insisted that Ronaldo was the best player of the decade and giving the award to Messi was nothing short of perverse.

"There is no doubt that Messi stands next to Cristiano Ronaldo as the best player of this decade and has qualities that others will never have. The biggest mistake in the award was [who was awawrded] first place."

Messi himself said that he expected Bayern Munich striker Robert Lewandowski to lift the Ballon d'Or trophy this year as the Pole deserved the honour after missing out on the award last year.

In 2020, the event was cancelled because of the raging coronavirus pandemic when everybody predicted Lewandowski would claim the game's biggest individual prize.
Newsfeed
0
Access to the chat has been blocked for violating the rules . You will be able to participate again through:∞. If you do not agree with the blocking, please use the feedback form
The discussion is closed. You can participate in the discussion within 24 hours after the publication of the article.
To participate in the discussion
log in or register
loader
Chats
Заголовок открываемого материала