Massive Asteroid Stronger Than a Nuclear Bomb Will Swoosh Past Earth in Late December, Report Says 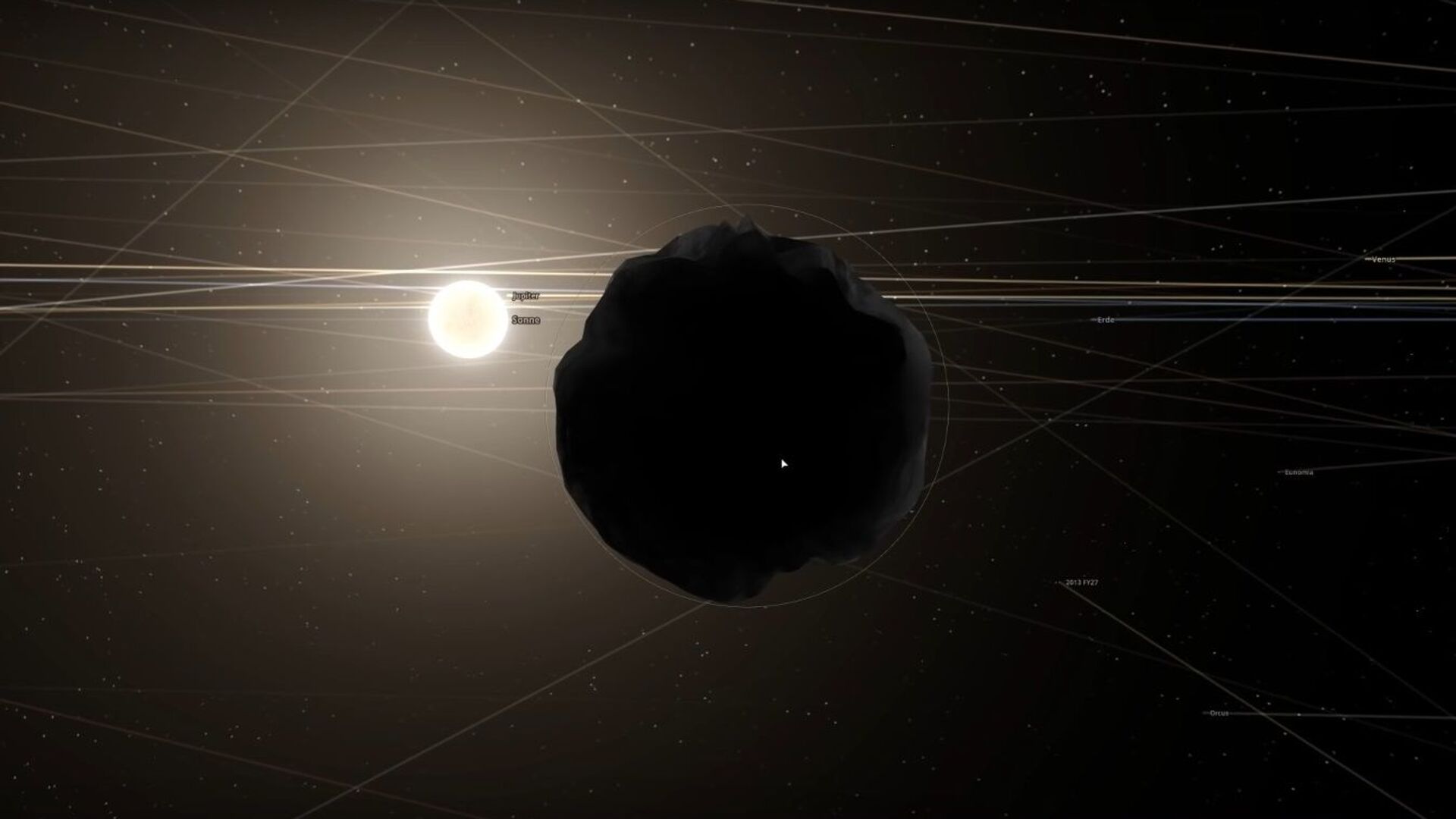 © Photo : YouTube/LPIndie - Astronomie und Wissenschaft
Subscribe
Max Gorbachev
All materialsWrite to the author
This will be not the first rendezvous between the celestial object named 2018 AH and our planet. In 2018, the asteroid flew past the Earth at a distance of 296,758 km, three-quarters of the distance from the Earth to the Moon. Despite its humongous size, it went unnoticed due to its dimness.
A massive asteroid stronger than a nuclear bomb will swoosh past the Earth in late December, according to NASA's asteroid tracker. Researchers estimate the celestial body to be between 84 and 190 metres in diameter, which makes it similar to the Tunguska asteroid that allegedly resulted in a 12-megatonne explosion.

NASA classified 2018 AH as a near-Earth object. The celestial object has been put in the Apollo category – the most dangerous level. Apollo asteroids have orbits, which intersect that of our own planet, pose a collision danger. The space agency, however, says it is unlikely the celestial body will collide with our planet.

But should its trajectory change and it heads towards the Earth, the impact will have catastrophic consequences. For comparison, the 17-metre meteor that exploded in the atmosphere over Russia's Chelyabinsk Region in 2013, damaged over 7,000 buildings and resulted in $33 million in damages.