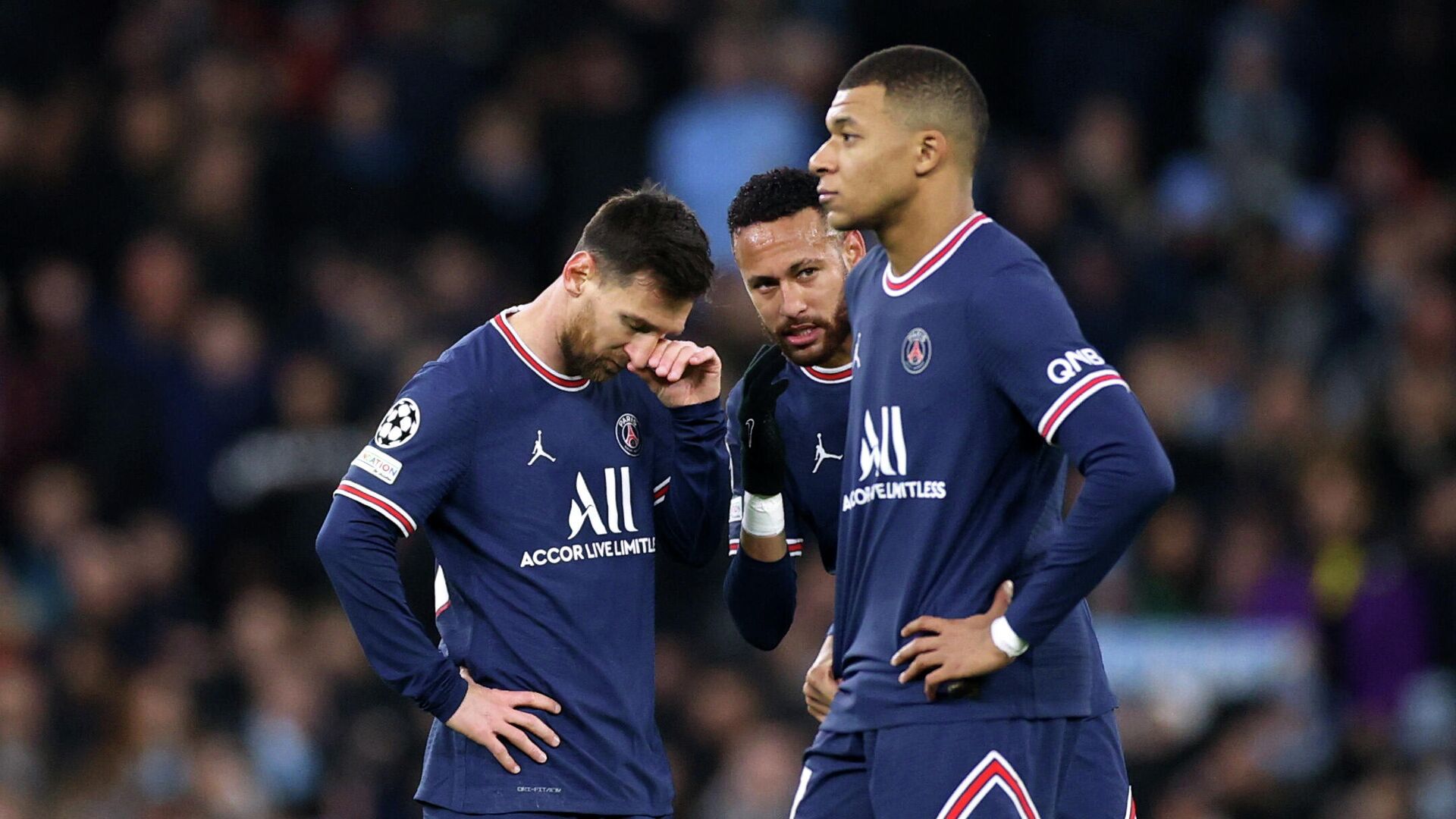 Pawan Atri
All materials
Despite having possibly the best attacking trio in Lionel Messi, Neymar and Kylian Mbappe, Paris Saint-Germain (PSG) failed to impress against reigning English champions Manchester City in their Champions League clash on Tuesday. The three superstars are now the focus of intense criticism from the French press and former players.
PSG's revered trio of Lionel Messi, Kylian Mbappe and Neymar have been torn apart by a whole host of critics including France's national daily sports newspaper, L'Equipe, former England international, Owen Hargreaves and ex-Dutch star Rafael van der Vaart who are united in holding those three responsible for the team's 2-1 defeat to Pep Guardiola's Man City at Etihad Stadium.
Ripping into the Argentine six-time Ballon d'Or winner, the sports paper claimed he was "overwhelmed by City's defenders".

"Yes, [Messi] delivers the almost decisive pass to Mbappe [for the goal], yes, he initiates some situations by his work as a pivot between the lines, but we are entitled to expect more [from] a six-time Ballon d'Or [winner]," L'Equipe said. "In the [build up] of the game, he must [do] more."

"Some of his [final] choices were hit and miss. What's more worrying is that sometimes he [looked] overwhelmed against defenders," it added.

Hargreaves declared City's performance a "masterclass" before taking a dig at both Messi and Neymar.

"It was a masterclass from City," Hargreaves told British media.

"Neymar and Messi must've left the pitch thinking, 'I wish I could play for this team.' It was 2-1 but it could've been a lot more," he concluded.

Van der Vaart was particularly critical of Messi's performance and he said he was annoyed with the 34-year-old footballer's display against City.

"It's a question of desire. Does he want it or not? When you compare him with Cristiano Ronaldo, one is fighting to take his team to the next level - and one isn't," he continued.

"Messi walks now and then. I look at him and think, 'Aren't you ashamed?'" the former Real Madrid and Tottenham midfielder asked.

"I'm just getting annoyed with Messi."

Pundits tipped PSG to win the tournament, on the basis that the team had completely dominated both Ligue 1 and the Champions League.

The French team took the lead in the game thanks to Mbappe's strike in the 50th minute, but couldn't keep up with the momentum as goals from Raheem Sterling and Gabriel Jesus secured City's win.

The defeat was a major setback for Mauricio Pochettino's men in their attempt to win Europe's premier club tournament as their lame display against City resulted in their first loss in the competition this year.