US Marshal Probed for Sex at Work Accused of Using Employees to Do Home Assignments, Media Says 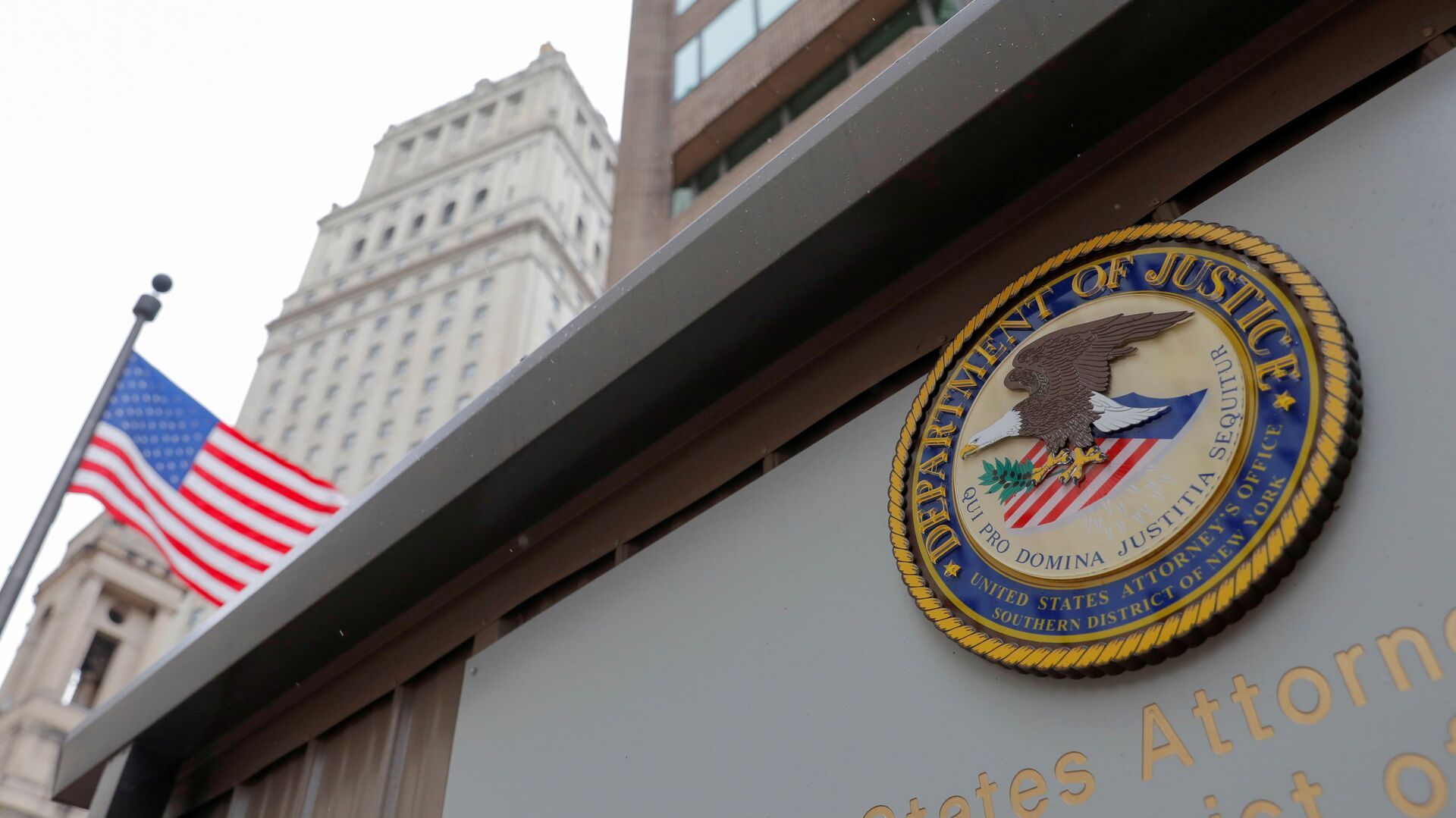 Max Gorbachev
All materialsWrite to the author
The case sparked strong rebuke from members of the law enforcement agency after it was reported that the perpetrator is unlikely to face any disciplinary action, as the ongoing investigation will likely end after his retirement, scheduled for next month.
A senior US Marshal, who has previously been accused of having sex at work with a colleague, has allegedly been using his inferiors to do homework assignments, the New York Post reported, citing anonymous sources and a document it reviewed.

According to the outlet, Andrew Smith, a top official at the agency, had been tasking underlings to do his homework while attending a post-graduate programme at the Naval War College Rhode Island. A member of the Marshals Service sent a letter to the state’s registrar’s office in recent months complaining about Smith.

“I am writing to inform you a U.S. Marshals Service employee and Naval War College student, Andrew Smith, is under an internal investigation for tasking subordinates to complete class assignments, which he submitted to the Naval War College as his own work. Our agency mantra is Justice, Integrity, Service. If true this allegation is a complete failure of integrity”, reads the letter as per the New York Post.

The development comes as more information has appeared on the alleged sexual incident in the Marshals Service headquarters in Virginia involving Smith and a woman described in the documents obtained by the outlet as a “senior” marshal.

The pair reportedly had sexual intercourse in Mr Smith’s office, which has glass walls with frosted windows. Employees of the agency heard the couple and recorded them on their cell phones, sources within the law enforcement agency told the tabloid.

Smith, who oversaw the Marshals Service’s crisis response, national security, and contingency programmes, was placed on extended family medical leave until mid-November, the date when he can retire, with reports saying that he may escape any disciplinary action if the probe is complete after he leaves the agency.

The news caused public outcry among employees, who accused the law enforcement agency of double standards. Former and current Marshals said it would be damaging for the service's reputation if Smith, a senior executive, escapes the consequences of his alleged misconducts.

"The US Marshals Service seems to have a two-class system for meting out discipline — one for executives, one for the rank and file. History shows that violative executives are able to retire in lieu of disciplinary action while the rank and file suffer more harsh penalties. If the facts here prove true, the most serious consequences should apply, not only for the alleged conduct, but equally for the betrayal of trust in upholding one of the three cornerstones of the storied Agency’s motto — integrity", said a former employee.

The agency’s spokesperson Drew Wade declined to comment on the issue, saying only that all allegations against Andrew Smith “are investigated and appropriate disciplinary actions are taken, if warranted".
Newsfeed
0
Access to the chat has been blocked for violating the rules . You will be able to participate again through:∞. If you do not agree with the blocking, please use the feedback form
The discussion is closed. You can participate in the discussion within 24 hours after the publication of the article.
To participate in the discussion
log in or register
loader
Chats
Заголовок открываемого материала