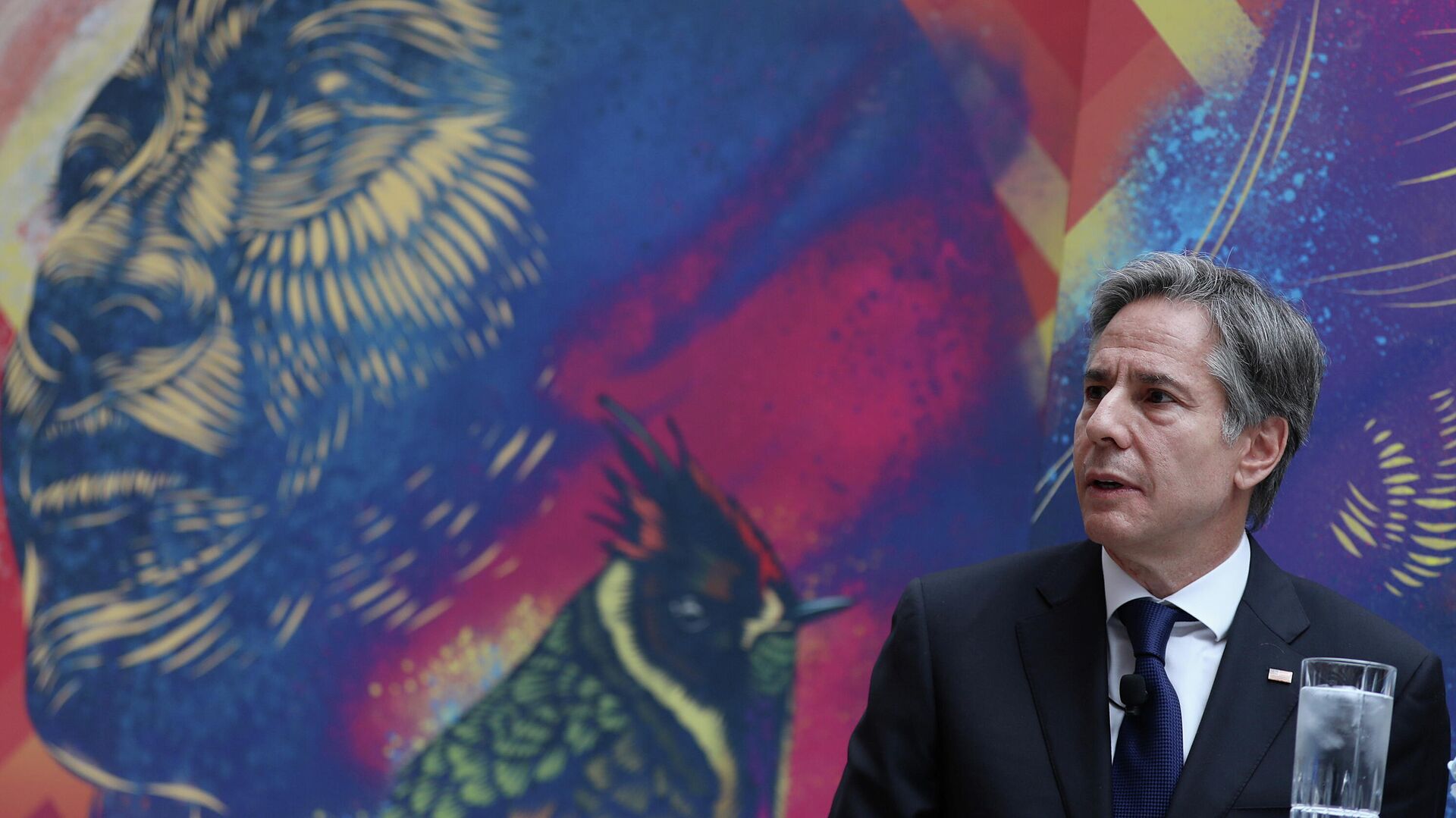 Maxim Minaev
All materialsWrite to the author
It was reported that the US Embassy in Colombia was investigating several cases of the so-called Havana Syndrome that had allegedly hit some of its staff.
US Secretary of State Antony Blinken met with officials in the US Embassy in Colombia who were reportedly affected by Havana Syndrome, according to a senior State Department official cited by CNN.

"He heard their experiences and reiterated that the issue and their care is an absolute priority for him. He deeply appreciated the opportunity to meet with them," the official said as quoted by the outlet.

Earlier, The Wall Street Journal reported, citing sources, that the US Embassy in Colombia was investigating several cases of Havana Syndrome. The first case was reportedly mentioned in the embassy's correspondence in mid-September.

The report said, citing emails sent to embassy personnel, that the State Department promised to address the issue while it determined how many staffers had been affected. The White House, however, did not confirm later that its diplomats had suffered from the syndrome.

US diplomats first experienced health problems, collectively described as the Havana Syndrome, in Cuba in 2016 and 2017 and then in China in 2018 after allegedly hearing strange loud piercing sounds. Diplomats in Moscow, Tajikistan, and African countries were also reported to have experienced Havana Syndrome symptoms, such as nausea and dizziness, with the last case reported in Vienna. Several hundred American diplomats, military personnel, and intelligence officers have been affected by the syndrome.
Newsfeed
0
Access to the chat has been blocked for violating the rules . You will be able to participate again through:∞. If you do not agree with the blocking, please use the feedback form
The discussion is closed. You can participate in the discussion within 24 hours after the publication of the article.
To participate in the discussion
log in or register
loader
Chats
Заголовок открываемого материала