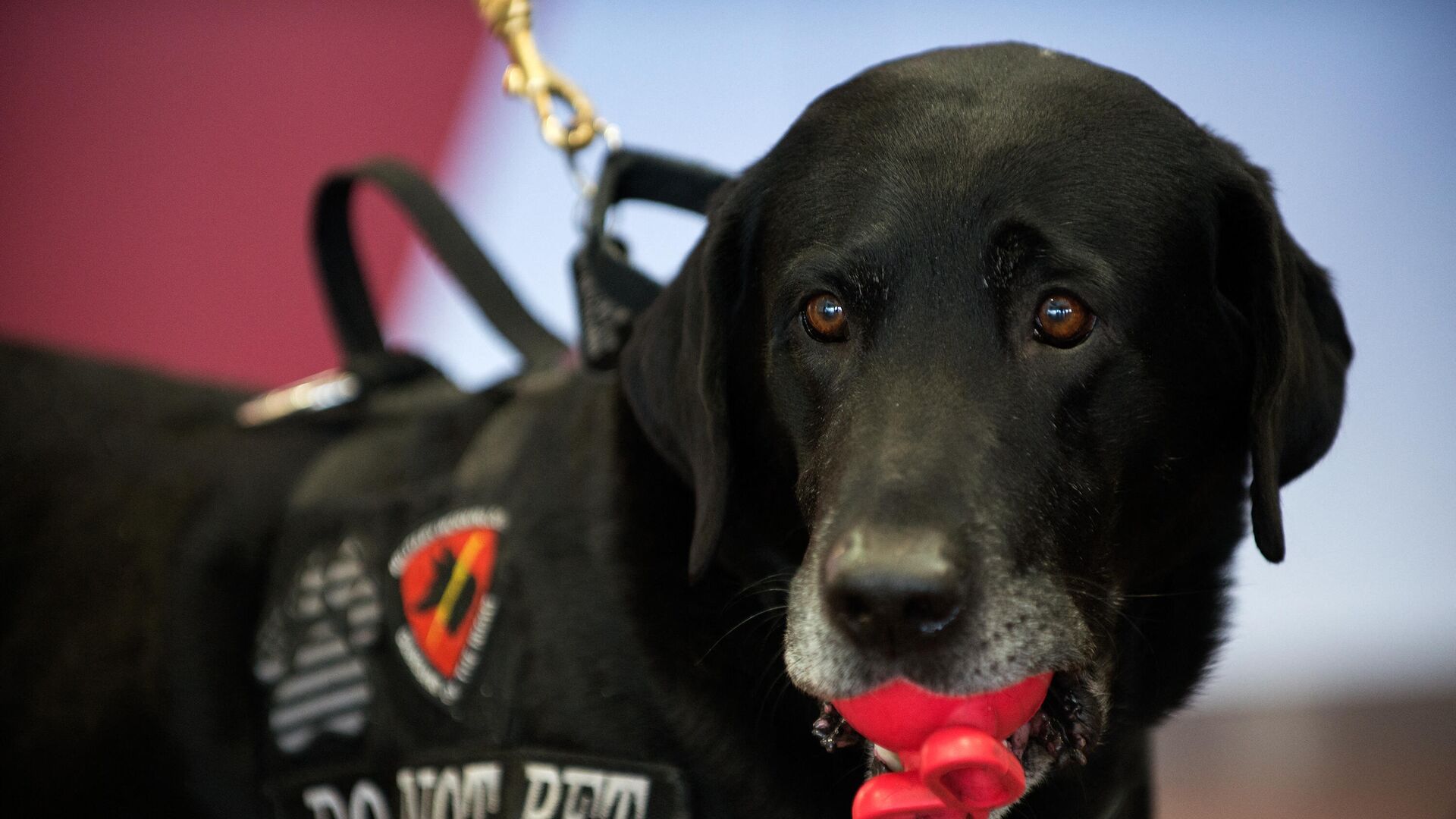 Max Gorbachev
All materialsWrite to the author
The statement comes amid reports that US citizens may face problems while visiting their families for Thanksgiving due to low vaccination rates among Transportation Security Administration employees, which in turn may affect the number of personnel allowed to work during the festive season.
US Senate Majority Leader Chuck Schumer has suggested using sniffer dogs to compensate for potential staff shortages at airports during the Thanksgiving season. The New York senator insisted that his proposal "really" could avert travel сhaos and that the Transportation Security Administration (TSA) should look at the Empire State to try out his idea.

"The canine teams are really effective. They can help secure national security and allow TSA agents to more effectively and efficiently screen individuals for explosives. It really works and moves the lines along", he said.

Commenting on the low vaccinate rates among TSA employees, the Senate majority leader urged personnel to get inoculated. "There is no reason on God's green Earth why anyone — let alone a TSA agent — shouldn't have the vaccine", Schumer said.

His statement comes several days after TSA Administrator David Pekoske revealed that about 60 percent of staff has been vaccinated, prompting concern that if the agency fails to meet the 22 November deadline set up by the Biden administration thousands of its employees may face suspension.

Last month, Joe Biden signed an executive order requiring federal workers and contractors to get fully vaccinated in 75 days. According to local media, the mandate impacts over 2 million employees. Individuals not complying with the rules may face disciplinary action, which includes short-term suspension from work and even termination.

Thus, unvaccinated TSA workers must receive their first shot of the Pfizer vaccine by 18 October in order to meet the 22 November deadline (the second shot can be administered 21 days later) or Johnson & Johnson's one-shot dose.

The vaccination mandate has been met with opposition from some federal workers. Pilots from Southwest Airlines, a major transportation company in the United States, asked a court in Dallas to temporarily block the mandate, citing alleged US labour law violations. According to them, the vaccine may cause side effects that could potentially end their careers as pilots.

Last week, Southwest Airlines cancelled over 2,000 flights, citing staff shortages as well as poor weather conditions. However, some Republican lawmakers suggested that the issue has to do with employees protesting against the vaccination mandate, a claim the company has categorically denied.
Newsfeed
0
Access to the chat has been blocked for violating the rules . You will be able to participate again through:∞. If you do not agree with the blocking, please use the feedback form
The discussion is closed. You can participate in the discussion within 24 hours after the publication of the article.
To participate in the discussion
log in or register
loader
Chats
Заголовок открываемого материала