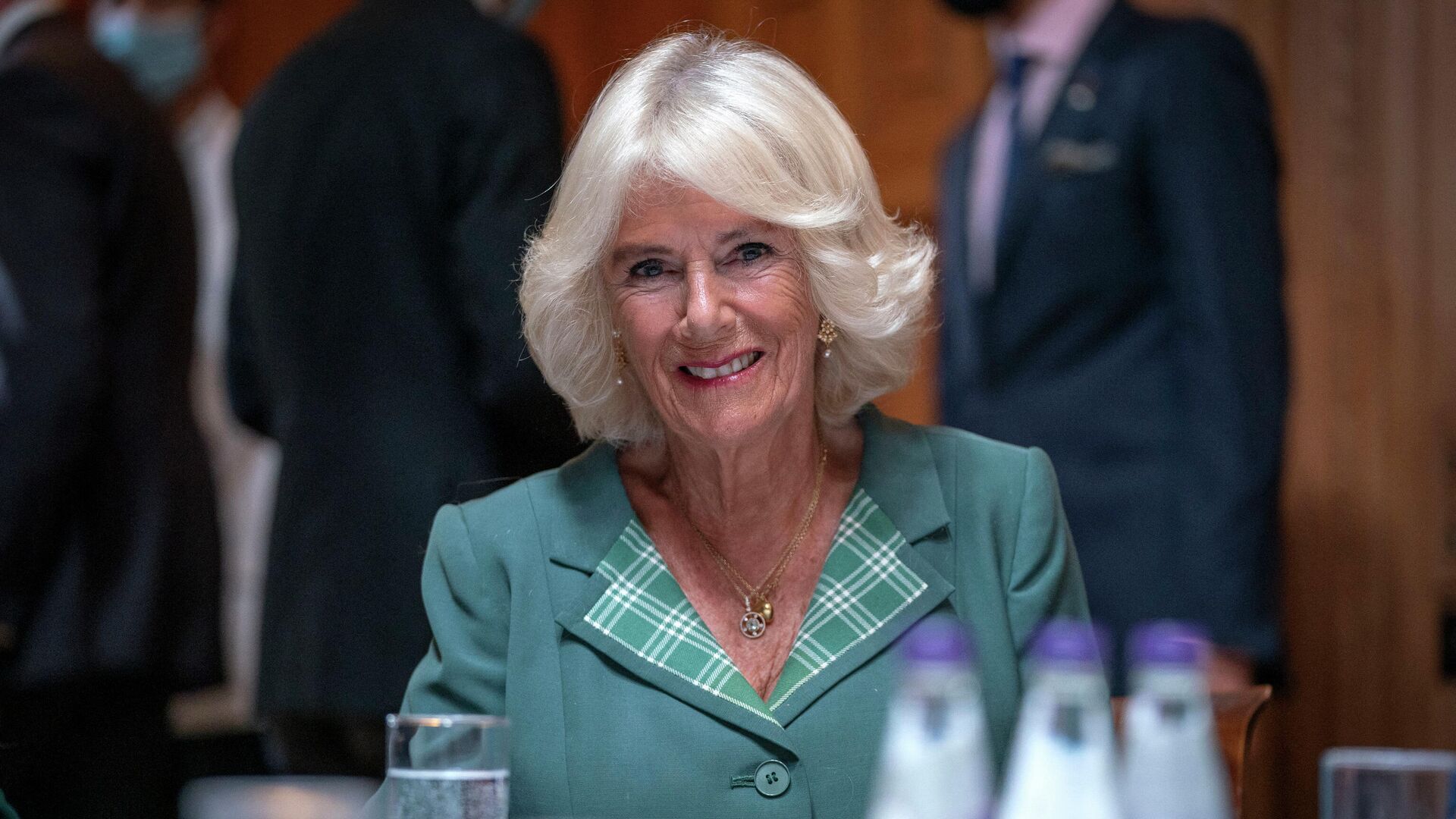 © AFP 2023 / JANE BARLOW
Subscribe
International
India
Africa
Max Gorbachev
All materialsWrite to the author
Ever since the 1993 Tampongate that exposed Prince Charles' extramarital affair with his old-time friend, Camilla has been under the scrutiny of the media, which often vilified her. The scrutiny intensified after Princess Diana tragically died in a car crash in 1997 in Paris.
Camilla, the Duchess of Cornwall has been accused of a "mafia thug move" towards Princess Diana. The claim was made by journalist and broadcaster Bidisha Mamata during a show about the late Princess of Wales. The series "Diana" produced by CNN explores the life of the royal and features interviews with royal experts, journalists, and close friends of Diana Spencer.

Ms Mamata alleged that when Camilla learned about Prince Charles and Diana Spencer's engagement she sent the latter a note, which read: "Such exciting news. Love to see the engagement ring". The journalist described the act as "unbelievable" and "a power move", comparing it to the underhanded tactics of the lead characters in the 2004 teen comedy "Mean Girls".
Ex-BBC correspondent Jennie Bond said the note revealed that the relationship between Prince Charles and Princess Diana was fractured from the beginning.

"In Diana's own words, she told me any marriage Prince Charles might have made could never be as strong as the relationship he had with Camilla. And that's what she was battling with from the outset", Bond said.

Prince Charles is said to have met Camilla in 1970. The two became friends and reportedly dated for several months. Their relationship ended abruptly after the Prince of Wales travelled overseas to serve in the Royal Navy in 1973. That same year Camilla married Andrew Parker Bowles. Charles and Camilla rekindled their friendship and according to Gyles Daubeney Brandreth's book "Charles and Camilla: Portrait of a Love Affair", the two became lovers in 1980, with Camilla's husband reportedly approving of the affair.

That same year, the Prince of Wales is said to have ended the relationship and became romantically involved with Diana Spencer before proposing to her in 1981.

It is believed that Charles' extramarital affair with Camilla began around 1986. It became public in 1993 after the newspaper The People published the transcript of a leaked audio conversation between Charles and Camilla, recorded in 1989. During the six-minute call, the two fantasize about being intimate with each other, with the heir to the throne wanting to live in Camilla's trousers as a tampon (hence the name of the scandal, Tampongate).