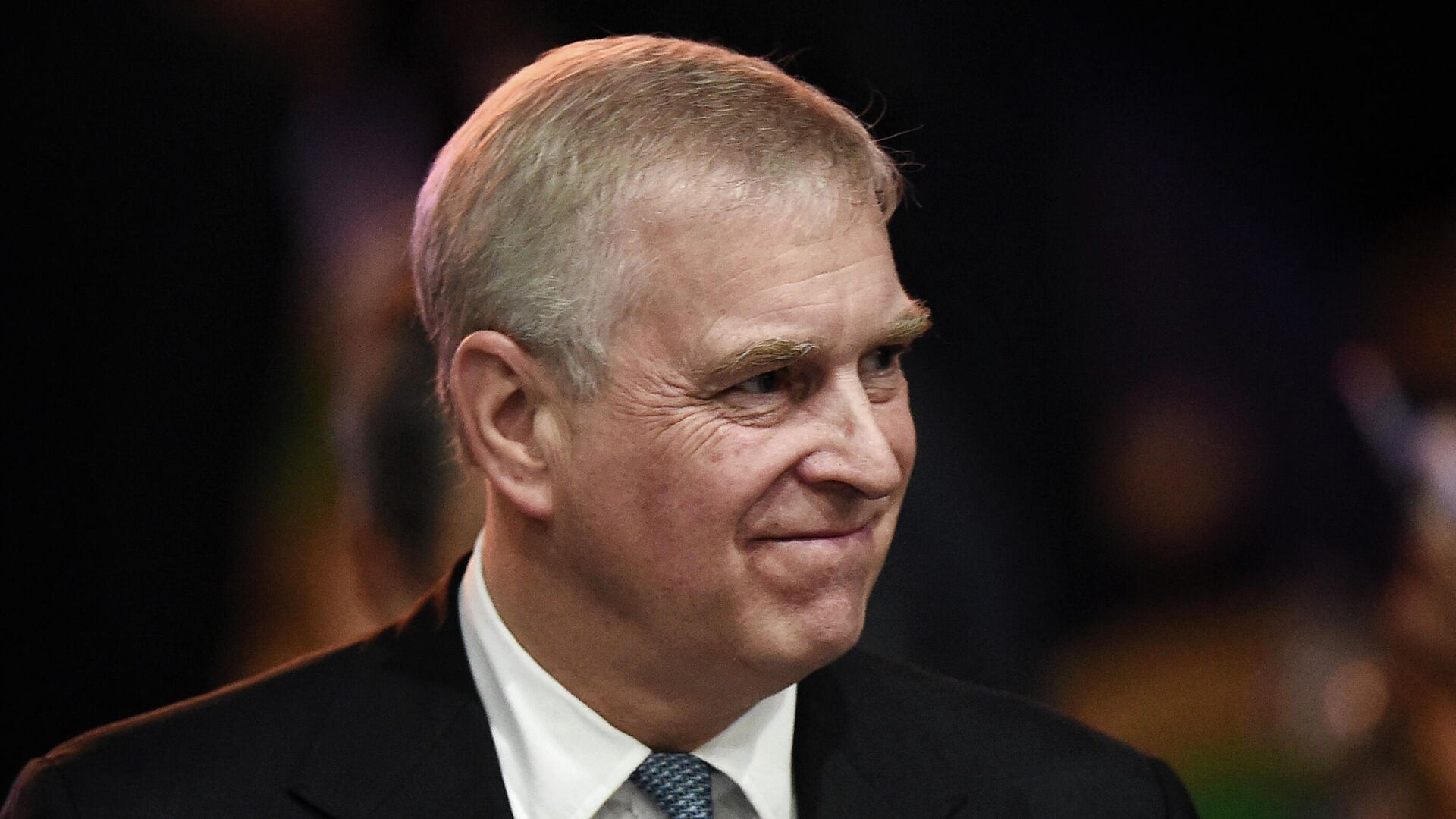 Max Gorbachev
All materialsWrite to the author
The 61-year-old son of Queen Elizabeth II has for years been accused by Virginia Giuffre of sexual abuse. The 38-year-old mother of three has claimed that the duke had sex with her at least three times, including when she was an underage girl. Prince Andrew has categorically denied the accusations and said he had an alibi.
Prince Andrew’s lawyers are "not surprised" that the Metropolitan Police, commonly known as Scotland Yard, have reportedly decided not take further action against the royal in connection with sex abuse allegations, the Daily Mail reported, citing an anonymous source close to the duke.

“Despite pressure from the media and claims of new evidence, the Met have concluded that the claims are not sufficient to warrant any further investigation. The Duke has always vigorously maintained his innocence and continues to do so”, the source told the newspaper.

Late on Sunday, UK media reported that after reviewing documents from the civil lawsuit filed by the duke’s accuser Virginia Giuffre, Scotland Yard decided not to start a probe into the case.

“As a matter of procedure, Metropolitan Police Service officers reviewed a document released in August 2021 as part of a US civil action. This review has concluded and we are taking no further action”, reads the statement by Scotland Yard, as cited by The Mirror.

The Met police declined to say whether its officers had spoken with Mrs Giuffre while reviewing the case.

Virginia Giuffre is one of the alleged sex slaves of Jeffrey Epstein, a late US financier accused by dozens of women of rape and sex abuse. Epstein rubbed shoulders with just about all the powers that be, including presidents, prime ministers, celebrities, and royals, including Prince Andrew. For years, Giuffre has been claiming that when she was 17, she was trafficked to London by Jeffrey Epstein and his alleged accomplice Ghislaine Maxwell and forced to have sex with the Duke of York.

In August, Mrs Giuffre filed a civil lawsuit against the royal in a New York court. She is seeking "accountability" from the 61-year-old and is demanding compensation for physical and mental damage.

Although the Duke admitted to having visited Epstein’s mansions and private island, where numerous women claim the financier and his friends abused them, he has categorically dismissed Mrs Giuffre’s accusations, saying he has an alibi on the day the alleged sexual intercourse occurred in London. He also said he had no recollection of meeting the woman.

The veracity of the latter's statement has been questioned - one woman claims to have seen the royal dancing with Giuffre at a nightclub, and there is at least one photo showing Prince Andrew standing next to a young Giuffre and Epstein’s purported "pimp" Ghislaine Maxwell.

After the Jeffrey Epstein sex scandal broke out, the Duke stepped down from his royal duties and has kept a low profile since. Report have suggested that he is keen to clear his name and return back to public life.

However, according to The Sun, his siblings - Prince Charles, heir to the throne, Prince Edward, and Princess Anne - have agreed there was no way back for the duke, as he is seen as a threat to the future of the family and the monarchy.

Reports say Prince Andrew is now preparing to hand over "personal documents" for a civil lawsuit in the US. His legal team has until 29 October to respond to the lawsuit. According to The Sunday Telegraph, a remote hearing has been scheduled for 3 November.
Newsfeed
0
Access to the chat has been blocked for violating the rules . You will be able to participate again through:∞. If you do not agree with the blocking, please use the feedback form
The discussion is closed. You can participate in the discussion within 24 hours after the publication of the article.
To participate in the discussion
log in or register
loader
Chats
Заголовок открываемого материала