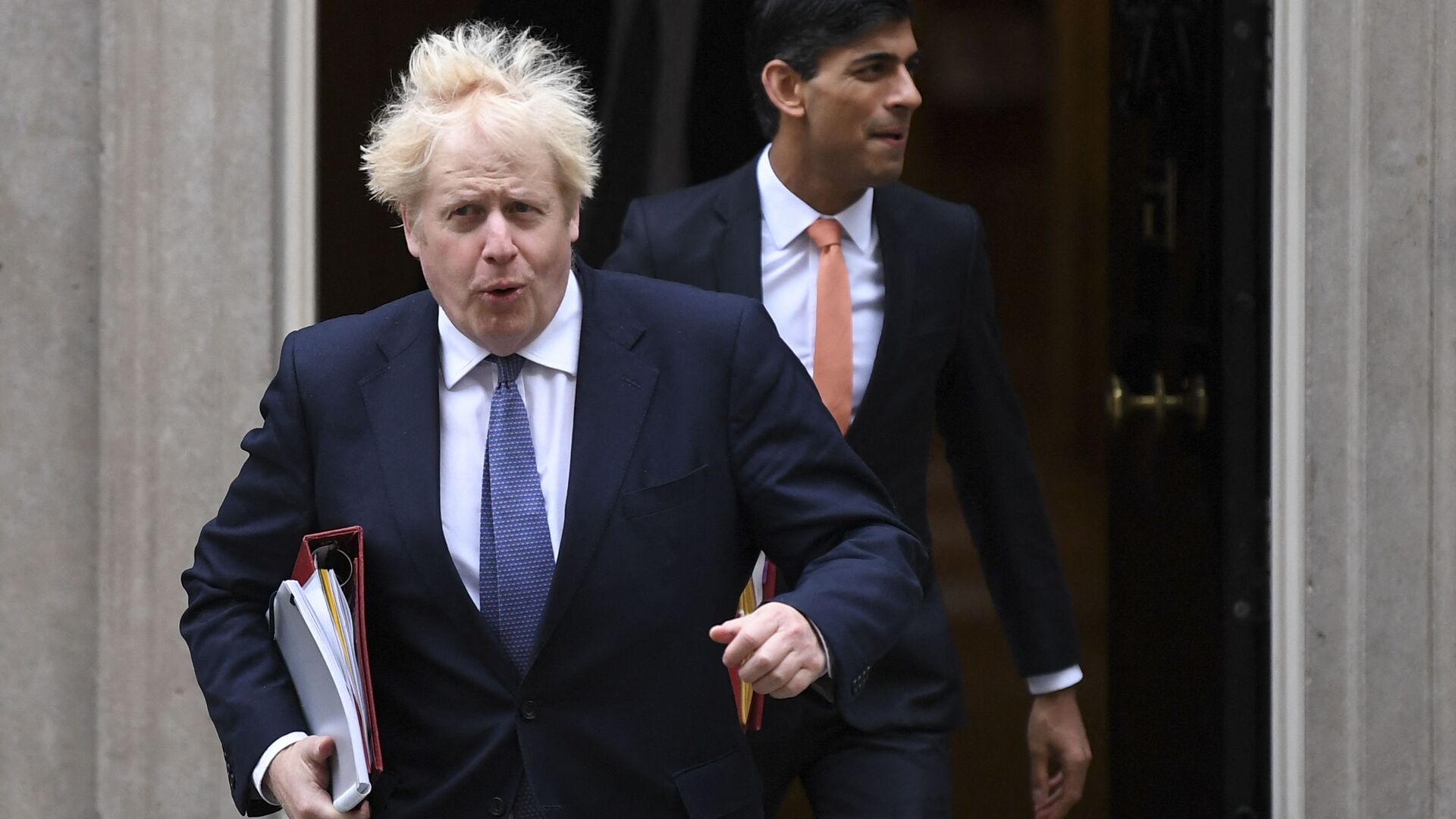 Max Gorbachev
All materialsWrite to the author
Selecting people for certain posts seems quite a difficult task. A person may be qualified for the job, but is a bad team player. Yet, according to an insider, for Boris Johnson picking candidates is an easy task as he pays attention not to individuals' merits and qualities, but rather their physical characteristics.
UK Prime Minister Boris Johnson likes to troll Chancellor of the Exchequer Rishi Sunak, who is 5 feet 6 inches tall by appointing tall individuals for his team, the Daily Mail writes, citing an anonymous MP. According to the source, during the recent cabinet reshuffle Johnson deliberately appointed Simon Clarke, one of the tallest officials in the government, as chief secretary to the Treasury.

Other appointees to the Treasury - Stephen Barclay and Jesse Norman – too boast an impressive height. The Daily Mail writes that Rishi Sunak is insecure about his height and for this reason wears shortened trouser hems to make him look taller. The official also uses photo compositions that allegedly make him look bigger, like on the photo below (pictured at the top of the staircase).

Imagine kicking Rishi and then the others falling like some sort of terrible human Domino Rally pic.twitter.com/qESNaNFgQ1

Allies of Mr Sunak deny he is insecure about his height and note that the photographs are staged by his advisers.

Incidentally, Rishi Sunak has long been tipped to become Boris Johnson's successor. If the trolling claims are true, one wonders what his "revenge" will be if he becomes prime minister.
Newsfeed
0
Access to the chat has been blocked for violating the rules . You will be able to participate again through:∞. If you do not agree with the blocking, please use the feedback form
The discussion is closed. You can participate in the discussion within 24 hours after the publication of the article.
To participate in the discussion
log in or register
loader
Chats
Заголовок открываемого материала