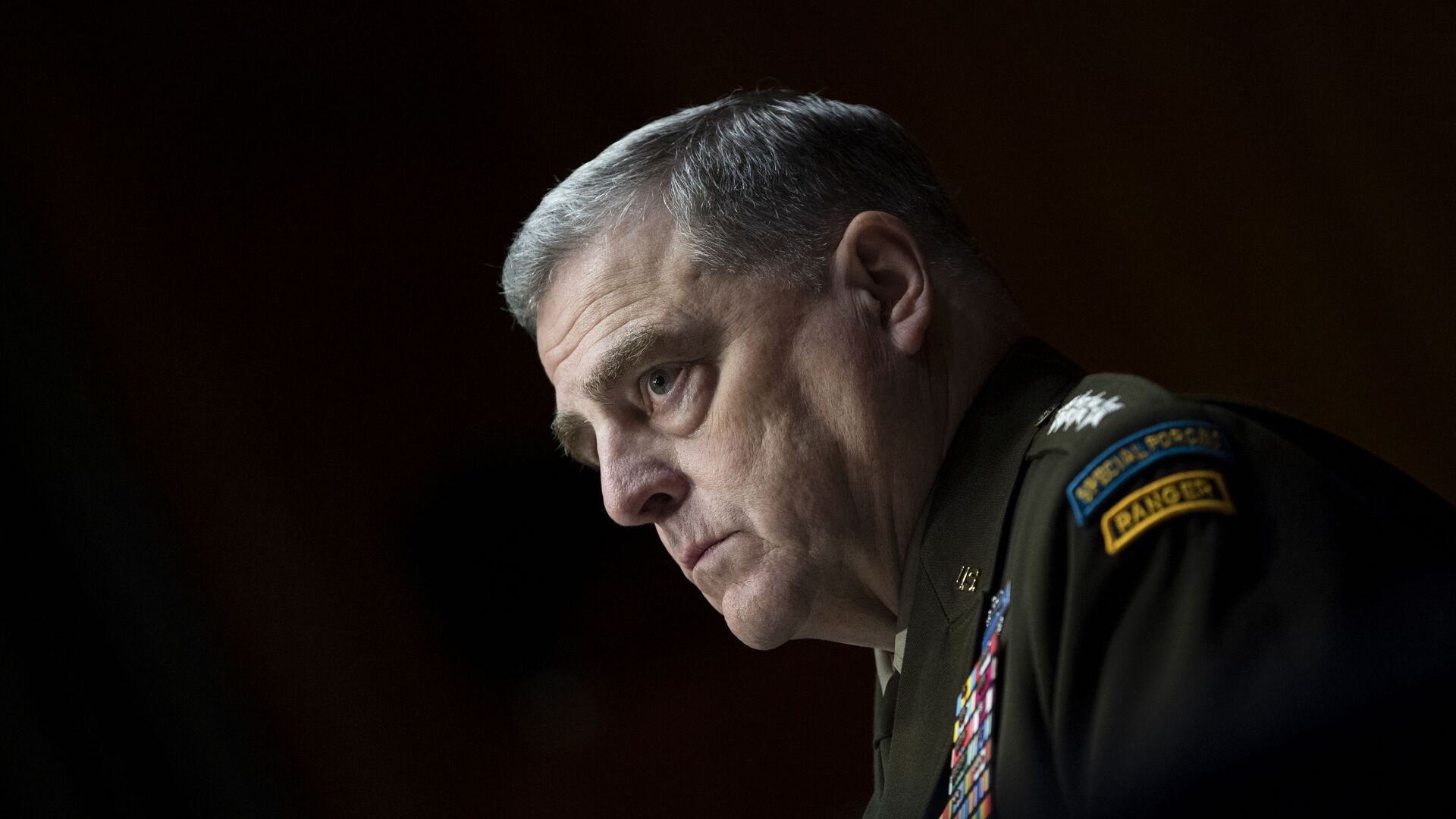 Tim Korso
All materials
The authors of the tell-all book "Frankly, We Did Win This Election" claimed earlier this year that General Milley had a heated argument with then-President Donald Trump in 2020, refusing to take command of forces to quell the unrest that gripped numerous US cities as a result of the George Floyd protests. Trump denies the argument ever happened.
Chairman of the Joint Chiefs of Staff, General Mark Milley, tried to downplay the scale of the George Floyd protests in May 2020 and convince then-US President Donald Trump that the protesters were not "burning America down", a new tell-all book "Peril" has claimed.
The general reportedly argued that major demonstrations only erupted in two cities and the number of protesters rarely exceeded 300. The George Floyd protests, staged under the Black Lives Matter (BLM) banner, would later grip almost half of the country for months, with many of them descending into riots, looting and, in one instance, result in the temporary expulsion of authorities from several city blocks in Seattle, Washington.

"They used spray paint, Mr President, that's not an insurrection. […] We're a country of 330 million people. You've got these penny packet protests", Milley said according to the book, written by one of the Watergate reporters, Bob Woodward, and his colleague from The Washington Post - Robert Costa.

Milley reportedly went on to try to prove his point by comparing the emerging BLM protests with the 1968 Washington riots caused by the assassination of Martin Luther King Jr. and with the Battle of Fort Sumter in 1861, which started the Civil War. He allegedly argued that the situation in US cities in 2020 was not as dire and thus could not be treated as an insurrection.

General Mark Milley Facing Increased Scrutiny From Lawmakers Over Secret Calls to China
Nonetheless, Trump repeatedly called for the deployment of the National Guard in those cities affected by the unrest throughout the BLM protests from May to September. According to another tell-all book, "Frankly, We Did Win This Election" Trump wanted to invoke the Insurrection Act and put Milley in charge of National Guard troops dealing with the unrest, reportedly resulting in a heated exchange between the two. Trump, himself, however, denies it ever took place.

"Seated in the Situation Room with [Attorney General Bill] Barr, Milley, and [Secretary of Defence Mark] Esper, Trump [announced] he'd just put Milley 'in charge'. Privately, Milley confronted Trump about his role. He was an adviser, and not in command. But Trump had had enough.

'Well, I'm not in charge!', Milley yelled back

'Goddamnit', Milley said to others. 'There's a room full of lawyers here. Will someone inform him of my legal responsibilities?'

'He's right, Mr President. The general is right'", Barr said, according to the book's authors.

The BLM-organised protests rocked the US last year amid a raging pandemic after African American man George Floyd died in police custody from suffocation. Medical examiners ruled that it happened due to Floyd being pinned down by Minneapolis police officer Derek Chauvin, who had put his knees on the man's back and neck. Chauvin was found guilty of second-degree unintentional murder, third-degree murder, and second-degree manslaughter as a result of a trial in April 2021.
Newsfeed
0
Access to the chat has been blocked for violating the rules . You will be able to participate again through:∞. If you do not agree with the blocking, please use the feedback form
The discussion is closed. You can participate in the discussion within 24 hours after the publication of the article.
To participate in the discussion
log in or register
loader
Chats
Заголовок открываемого материала