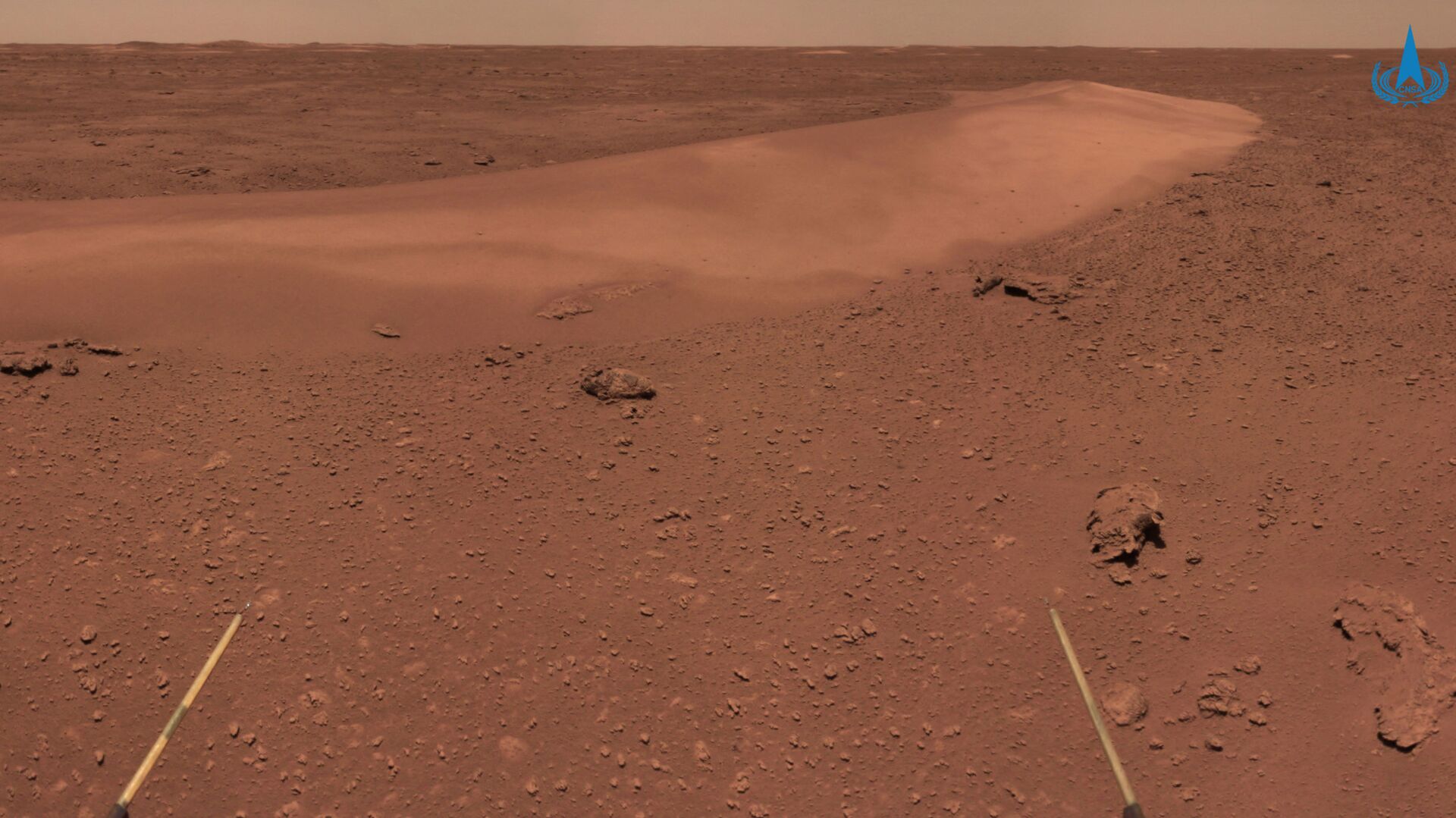 Max Gorbachev
All materialsWrite to the author
Ancient Egyptian civilization is shrouded in mystery. Scientists still struggle to understand how Egyptians placed millions of hewn stones weighing at least two tons on top of one another. Supporters of conspiracy theories claim that those structures were not built by humans but rather by extraterrestrial civilizations.
Scott C Waring, who tirelessly searches for signs of extraterrestrial life, claims to have discovered the head of an ancient royal in stone on Mars. According to the self-proclaimed ufologist, he stumbled upon the finding while examining images of the Red Planet online, something UFO hunters often do.

Waring alleges that one of the stones looks like a male head wearing a helmet. [It is] "a show of the status and warrior attributes of those individuals", the ufologist wrote in a statement on his blog.

Waring suggested that the shape and size of the purported helmet are similar to the one worn by Pharaoh Thutmose I.
Scott C Waring provided no explanation as to how the Egyptian ruler might have ended up on the Red Planet, especially as back in April his mummy and sarcophagus were moved to the National Museum of Egyptian Civilization.
Newsfeed
0
Access to the chat has been blocked for violating the rules . You will be able to participate again through:∞. If you do not agree with the blocking, please use the feedback form
The discussion is closed. You can participate in the discussion within 24 hours after the publication of the article.
To participate in the discussion
log in or register
loader
Chats
Заголовок открываемого материала