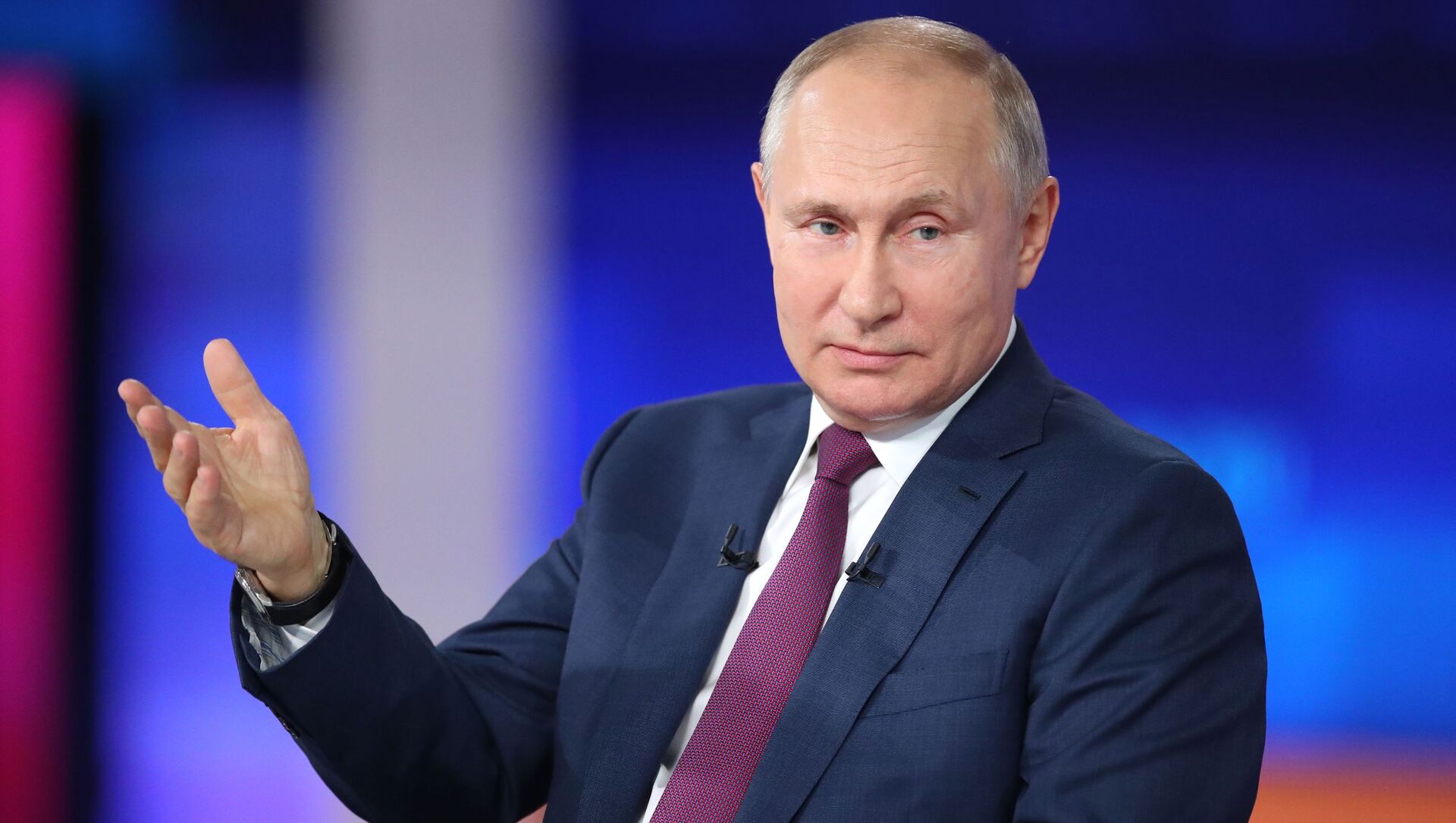 Tim Korso
All materials
The president responded to dozens of questions from Russians in his annual Q&A session. Although last year's session was called off due to the pandemic, this year - with COVID-19 vaccines being available - the event once again became possible.

Russian President Vladimir Putin answered an array of questions on 30 June from Russian citizens, who submitted their queries via SMS, the presidential website, or by other means of communication. Their topics varied from regional issues in Russia to international affairs and the country's role in them.

Here are the highlights from Putin's answers at this year's Q&A session:

The president touched upon the issue of the recent provocation by the Royal Navy's HMS Defender, which, as the president stressed, had entered Crimean waters on 23 June, saying it was "clearly pursuing military goals". He added that it was a complex operation prepared not only by the UK, but also in concert with the US.

"There was also a political component. Just days ago there was a summit in Geneva [between the US and Russian presidents], so why carry out such a provocation? Why is all this being done? In order to emphasise that these people do not respect the choice of Crimeans to join the Russian Federation", he suggested.

Putin also stated that in his view there was no risk of triggering World War Three with this incident. The president alleged that such a grim scenario wouldn't have come to pass even if Russian forces sank the HMS Defender.

World is Changing and US Sees It. Still Wants to Play Dominant Role

The Russian president stated that the world is changing and alleged that the United States understands this. Washington is still trying to maintain a dominant position in the world, but even its traditional allies have been unhappy with its conduct recently, he said. 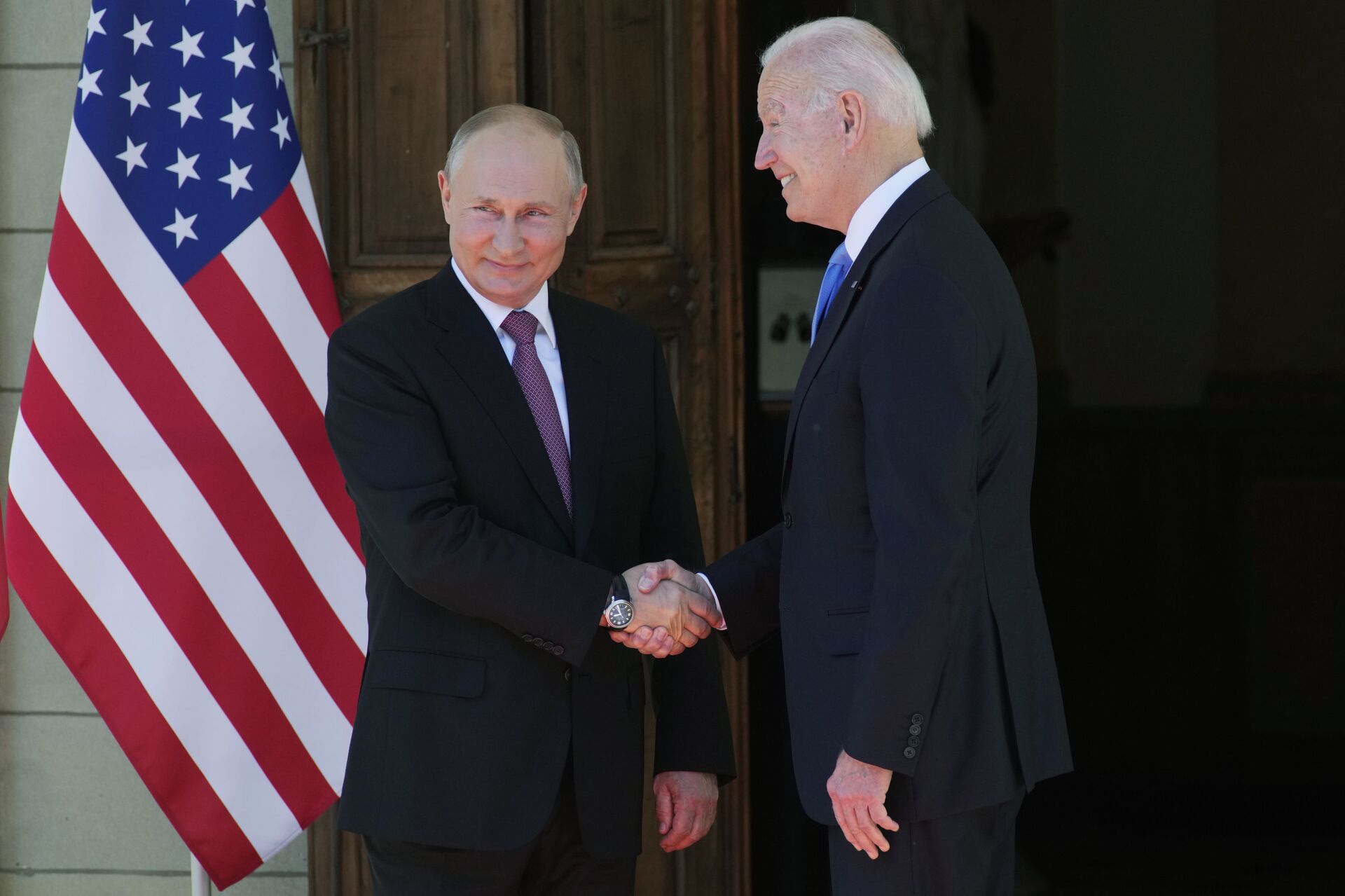 Putin additionally expressed hope that US-Russian relations will improve after years of hostility as well as poorly substantiated accusations by Washington of the Kremlin's alleged complicity in election meddling and hacking attacks.

Speaking of Russian hackers, it would appear they've struck again, only this time domestically because at some point a Q&A session host reported that the studio was experiencing connectivity issues due to a DDoS attack on its servers.

The issues emerged as the president was hearing a complaint from a citizen living in the Kemerovo Region. Putin did not miss the opportunity to chip in a joke that the DDoS attack was probably organised by "Kuzbass hackers", referring to an alternative name for the Kemerovo Region and a notorious scapegoat for many western governments – "Russian hackers".

Vaccination is the Only Way to Stop the Pandemic, Says Putin Revealing That Sputnik V Was His Jab-of-Choice

The president also commented on several regions of Russia having mandated workers in certain spheres of the economy to get anti-COVID inoculations. Putin said he does not support the idea of nationwide mandatory vaccination, but noted that vaccines are currently the only means to stop the spread of the disease, adding that regional authorities have the power to compel certain groups of citizens to get jabs.

"We can only prevent a further spread of the epidemic using vaccination. So I hope the prejudices of some of our citizens will disappear as vaccination continues", Putin said.

Talking about vaccines, Putin finally revealed what medicine he took himself several months ago. Turns out it was Sputnik V all along. The president explained that all of the Russian armed forces have been vaccinated with Sputnik V and that as their commander-in-chief he followed suit.

Putin Can't Say Who His Successor Will Be, But Can Say What He Will Tell Them

Responding to a question about his potential successor as the president of Russia, Putin refused to give a name or even a vague description of who this person might be. He stressed that this decision isn't in his hands, but those of the Russian people.

Putin, however, revealed what he is planning to say to the person in question. He will give the candidate his recommendations on how to run the country.

Ukraine is Not Controlled by Its People or President, But by US, Western States

During the Q&A session, the Russian president also explained why he has been turning down calls for a bilateral meeting with Ukrainian President Volodymyr Zelensky.

"Why meet with Zelensky if he has let his country fall under full outside control. Decisions on key issues about Ukraine's livelihood are being made not in Kiev, but in Washington, and partly in Berlin and in Paris. So what is there to talk about?", Putin wondered.

The head of state pointed out that the "military exploitation of Ukrainian territory" by NATO forces is currently taking place, yet Russia didn't include Ukraine on the recently introduced list of "unfriendly nations". The president explained that he does not believe the "Ukrainian people are unfriendly to us", adding that only foreign states, who commit unfriendly actions against Russia wind up on that list.

Right now, only the US and the Czech Republic are on the said list, which was approved in May 2021. These countries are not allowed to hire Russian nationals to work in their embassies in Russia.