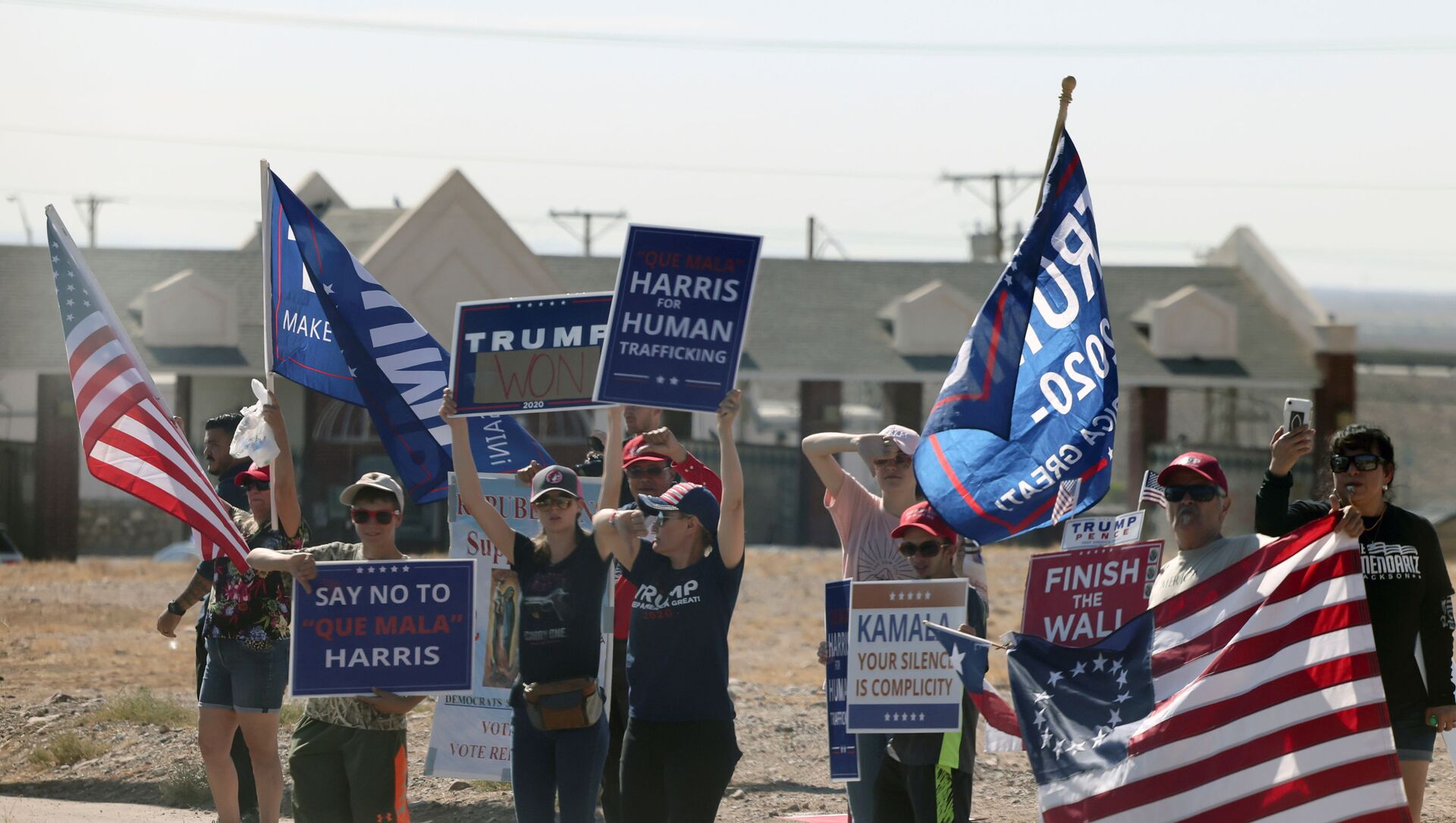 The former US president, Donald Trump, will make renewed verbal attacks on his successor, US President Joe Biden, over what he is referring to as a Mexico border "crisis" as he visits Texas.

Trump began his tour of the border on Wednesday at the invitation of GOP Texas Governor Greg Abbott.

At his first post-presidency rally in Ohio on Saturday, Trump announced that Biden had "dismantled America's border defences and incited a flood of illegal migrants like this country has never seen."

​A political advisor close to Trump told Fox News to expect more excoriating comments during the Texas trip, which the former president credited with forcing US Vice President Kamala Harris to visit the border.

Why VP Kamala Harris' Southern Border Trip Has Added Insult to Injury to WH's Migration Policies
That was not long coming, as the Trump issued a statement on the situation at the US-Mexico border on Wednesday.

"Heading to the Southern Border, which has never, in our Country’s long history, been worse," Trump stated. "We had the most successful border policy in American history — and now we have, by far, the least successful policy. People are coming in by the millions. They are destroying our Country!"

Abbott has vowed to finish Trump's border wall, after Biden ordered it halted within hours of taking office on January 20.

"Texas is going to do what the Biden administration is refusing to do," The governor said on Fox News recently. "Texas is going up step up and secure our border.

"We will be using every tool available to us under the law," Abbott said, "And we will ensure that we build the wall, arrest people and make Texas safe, and send a message to Washington DC ‘stand up and do your job’."