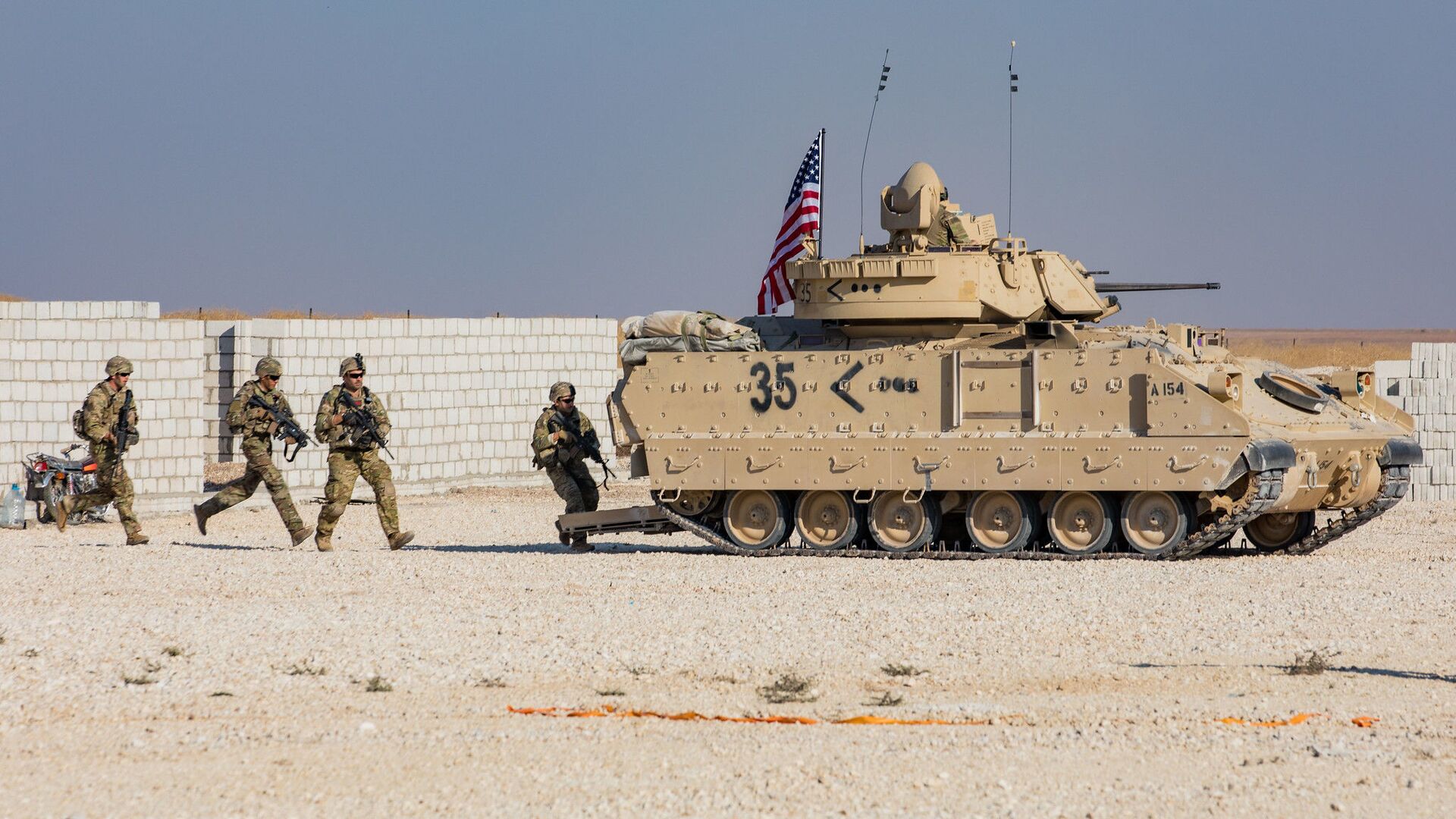 Oleg Burunov
All materialsWrite to the author
On Sunday, the Pentagon said US warplanes had struck facilities of the Iranian-backed militants in the Syrian-Iraqi border region in what the Department of Defence described as a retaliatory attack against American interests in Iraq.

The Pentagon is "still assessing the full scope of the damage" after a rocket attack on a US base in Syria, Department of Defence spokesman John Kirby told reporters on Tuesday.

"I know that there were two structures hit. […] We take this very seriously and I certainly reserve the right over time to prove additional context, should that be necessary", he said, confirming that "there were no US casualties in the attack".

He spoke after US Col. Wayne Marotto, a spokesperson for Operation Inherent Resolve, the American-led mission against Daesh*, said no injuries or damage to the base had been reported.

Video shared by Iran-linked channels, allegedly shows rocket attack on a US base in Deir Ezzur #Syria,

The attack is confirmed by coalition sources but no further details yet . pic.twitter.com/m5Q5TgJOcK

He added that US troops at the base "acted in self-defence and conducted counter-battery artillery fire at rocket launching positions".

Local media reports said the base under attack is adjacent to Syria's largest oil field, al-Omar, in the Deir-ez-Zor Governorate, and that at least eight rockets fell on the base. The identity of the attacking force remains unknown.

This followed US military aircraft hitting facilities allegedly belonging to the Iranian-backed militants – Kata'ib Hezbollah (KH) and Kata'ib Sayyid al-Shuhada (KSS) – in the Syrian-Iraqi border region in what the Pentagon described as response to attacks against American interests in Iraq.

The militias are part of the Popular Mobilisation Forces (PMF), Iraq's paramilitary corps established in 2014 to fight Daesh. The PMF denies having any depots in the areas the US claims to have struck.

The Iraqi government, in turn, condemned Washington's actions, slamming the strikes as a "flagrant violation of Iraq's sovereignty and national security" and pledging to investigate.

The attacks, authorised by US President Joe Biden, were the second such raids since POTUS assumed office in January. A strike in the same area was given the go-ahead by Biden in February after an Iraqi base in Erbil that houses US troops came under attack.

US Convoy Spotted Transporting Weapons, Logistic Materials to Its Base in Northern Syria
Since 2014, Washington and its allies have been conducting Operation Inherent Resolve against Daesh in Syria, which was neither approved by Damascus nor the UN. In December 2018, then-US President Donald Trump announced that American troops would be withdrawing from Syria, but later backtracked, stating that a portion of the military would stay in the Arab country to protect the nation's oil fields from Daesh militants.

Syrian authorities consider these actions an occupation, adding that the presence of the US contingent in the country violates Syria’s sovereignty and all international norms.