Ill-Fated Infrastructure Bill: Why Do Dems & GOP Fail to Reach Common Ground Over and Over Again? 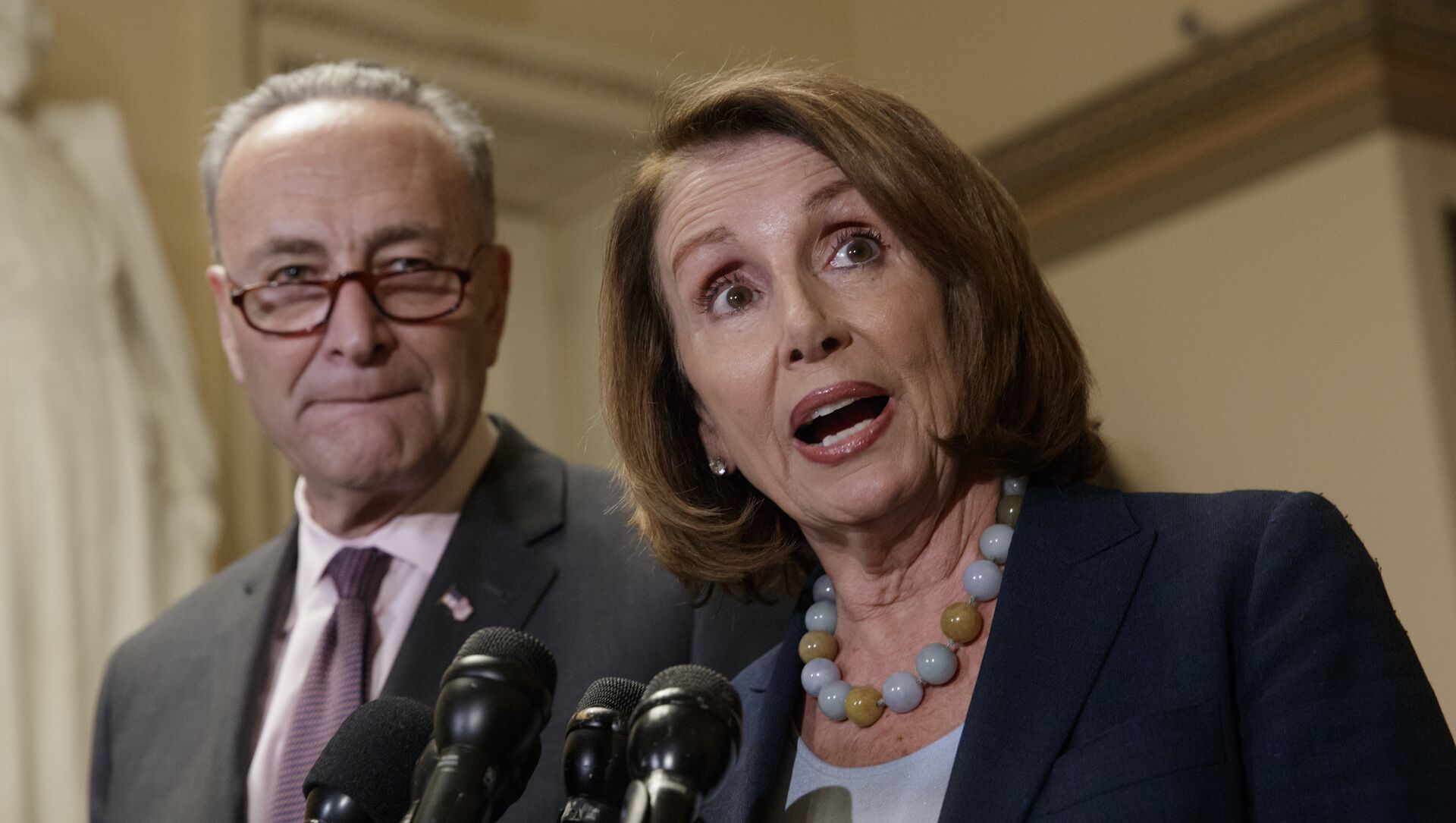 Ekaterina Blinova
All materialsWrite to the author
It appears there is no end in sight to a partisan row over Joe Biden's infrastructure initiative, which remains stuck in the US Congress. Although a bipartisan compromise on traditional infrastructure was reached last Thursday, Democrats are trying to pass an additional spending plan through Congress by hook or by crook.

The same day American Democratic and Republican lawmakers managed to reach a compromise on a long-debated infrastructure plan, Biden threatened to veto the bipartisan deal unless it is paired with his American Families Plan. The latter would increase US spending, something that the GOP strongly opposes.

"If they don't come, I'm not signing. Real simple", Biden told journalists on 24 June. "So, but I expect — I expect that in the — the coming months this summer, before the count — the fiscal year is over, that we will have voted on this bill, as well — the infrastructure bill — as well as voted on the budget record [sic] — resolution. And that's when they'll — but if only one comes to me, I'm not — and if this is the only thing that comes to me, I'm not signing it. It's in tandem".

Biden's threat raised many eyebrows in the Republican camp and prompted a wave of ire, with GOP lawmakers themselves threatening to walk away from the bipartisan deal.

The White House rushed to protect Biden's ultimatum by claiming that the passage of the two bills in tandem was actually the plan since the very beginning and that everyone was aware of it:

"That hasn't been a secret, he hasn't said it quietly or whispered it, he said it out loud to all of you as we have said many times from here", insisted White House Press Secretary Jen Psaki.

The GOP, however, did not buy into this. Senator Lindsey Graham (R-SC) on 25 June highlighted that "it was never suggested" that "President Biden was holding hostage the bipartisan infrastructure proposal unless a liberal reconciliation package was also passed".

No deal by extortion!

It was never suggested to me during these negotiations that President Biden was holding hostage the bipartisan infrastructure proposal unless a liberal reconciliation package was also passed. https://t.co/JgYFma6oI0

​The Republican senator underscored he could not believe that the Biden administration expected "such an obvious bait and switch tactic" to work in the Senate and be respected by the American people.

Following the backlash, the president appeared to backpedal on his veto threat on 26 June lamenting that his words "created the impression that I was issuing a veto threat on the very plan I had just agreed to".

"So to be clear: our bipartisan agreement does not preclude Republicans from attempting to defeat my Families Plan; likewise, they should have no objections to my devoted efforts to pass that Families Plan and other proposals in tandem. We will let the American people—and the Congress—decide", Biden said.

Still, that does not mean the Democrats are ready to lay down their arms. Senate Majority Leader Chuck Schumer (D-NY) and House Speaker Nancy Pelosi (D-CA) made it clear last week that they "can't get the bipartisan bill done unless we're sure of getting the budget reconciliation bill done".

They were joined by Sen. Bernie Sanders (I-VT) who poured more fuel on the fire with a far more categorical statement: "There will not be a bipartisan infrastructure deal without a reconciliation bill that substantially improves the lives of working families and combats the existential threat of climate change", he tweeted on Sunday. "No reconciliation bill, no deal".

For those who say the budget framework I proposed costs "too much" what would you cut?

"Republicans have been negotiating in bipartisan good faith to meet the real infrastructure needs of our nation. The president cannot let congressional Democrats hold a bipartisan bill hostage over a separate and partisan process", McConnell highlighted on 28 June.

Almost immediately the Senate minority leader came under criticism from the US mainstream press which blamed him for the stalled infrastructure deal on Capitol Hill. "McConnell tries to derail Democratic infrastructure strategy", Politico claimed on Monday. However, conservative observers decried the media narrative. It was Biden who "literally tried to derail it", alleged Michael Duncan, co-host of the podcast "Ruthless", referring to Biden's ill-fated veto threat.

​The bipartisan initiative costs $1.2 trillion and is focused on traditional infrastructure spending, while Biden's American Families Plan has a $1.8 trillion price tag, and includes items unrelated to infrastructure such as childcare, paid leave, pre-kindergarten, community college, and healthcare.

AOC wants her radical climate agenda included in the infrastructure deal.@DanielTurnerPTF exposes why her agenda would be a BAD DEAL for America.

​The American Families Plan constitutes part of Biden's ambitious "Build Back Better" initiative that is supposed to be funded through substantial tax increases on US businesses. Republicans argue that the tax hikes could hinder America's post-pandemic economic recovery. In addition to this, GOP deficit hawks are warning the president against "wasteful spending" that could further fan inflation. According to CNBC, the key inflation indicator that the Federal Reserve uses to set policy rose 3.4 percent in May, which is "the fastest increase since the early 1990s".