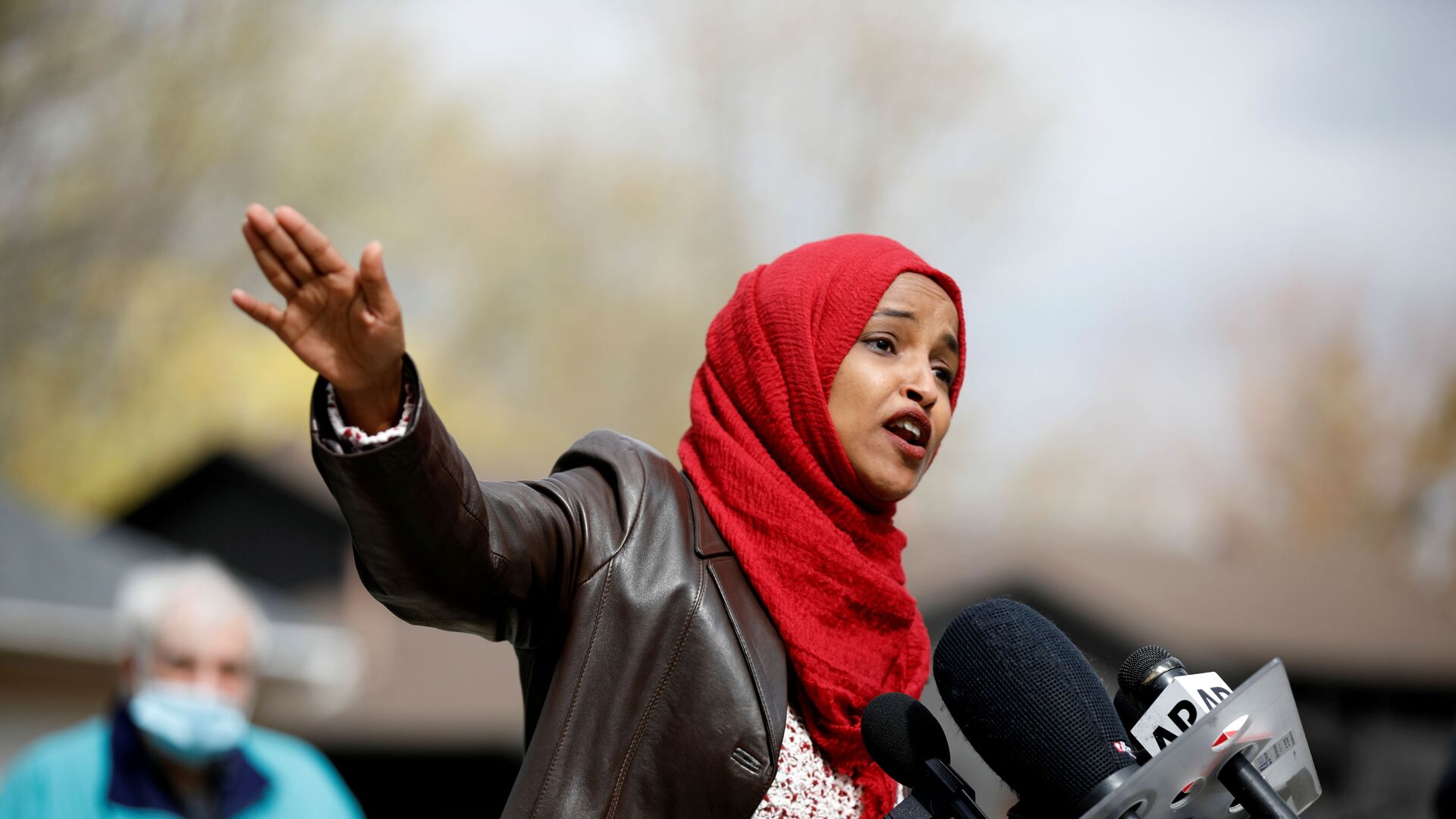 Tim Korso
All materials
The Democrat congresswoman has faced accusations of anti-Semitism in the past over her condemnation of the actions and policies of Israel, which, as she has claimed, has "hypnotised the world".

House Democrat Ilhan Omar has stated in an interview with CNN that she does not regret putting the US, Israel, Hamas, and Taliban* on the same level, as she pressured Secretary of State Antony Blinken about holding states and entities accountable for alleged crimes against humanity. The lawmaker stressed that it was an important topic to discuss and suggested that people should focus on the point that she was trying to make.

In a video, posted by the lawmaker on Twitter, Omar can be seen asking Blinken about how victims of "unthinkable atrocities", purportedly committed by Hamas, Israel, the Afghan government, and the Taliban*, are able to seek justice in the US when American courts are refusing to review such cases and Washington does not recognise the International Criminal Court (ICC). In her caption for the tweet, Omar also included the US itself in the list of the alleged perpetrators.

The House Democrat's choice of suspects, and specifically the inclusion of the US and Israel on par with the Taliban* and Hamas in the list, has sparked criticism from fellow lawmakers, especially from Jewish members of Congress. Omar was grilled by House Speaker Nancy Pelosi over her statements, but assured that she had in no way equated "terrorist organisations with democratic countries with well-established judicial systems". Omar, who was born in Somalia, also slammed allegations of her covering for terrorists as "Islamophobic".

Will @USJewishDems join us in calling out @Ilhan Omar for saying Jewish members of Congress aren't "partners in justice?" Or, is the JDCA and @HalieSoifer going to show us all, once again, that they're frauds?

CNN's interviewer asked the Democrat if she realised why her comments had been deemed anti-Semitic and prompted condemnation from Jewish lawmakers. While Omar said she appreciated the opportunity to "have a conversation" with her fellow members of Congress, she also suggested that they lacked her perspective on the matter.

"I think it’s really important for these members [of the House] to realise that they haven’t been partners in justice [with victims of atrocities]. They have not been engaging in seeking justice around the world and I think I will continue to do that. It is important for me as someone who knows what it feels like to experience injustice in ways that many of my colleagues don't", Omar stated.

Palestinians have repeatedly tried to bring a case against Israel, specifically for the forceful removal of a population from their land, to the ICC, but have so far not succeeded due to the international body lacking authority over non-signatory states. An investigation was also opened against US forces for allegedly committed crimes against humanity in Afghanistan over the span of almost 20 years. Washington is also not a signatory to the ICC's Rome Statute and strongly has opposed a probe as being legally void. The former Trump administration went so far as to impose sanctions against some members of the court for the attempts to push the case forward.