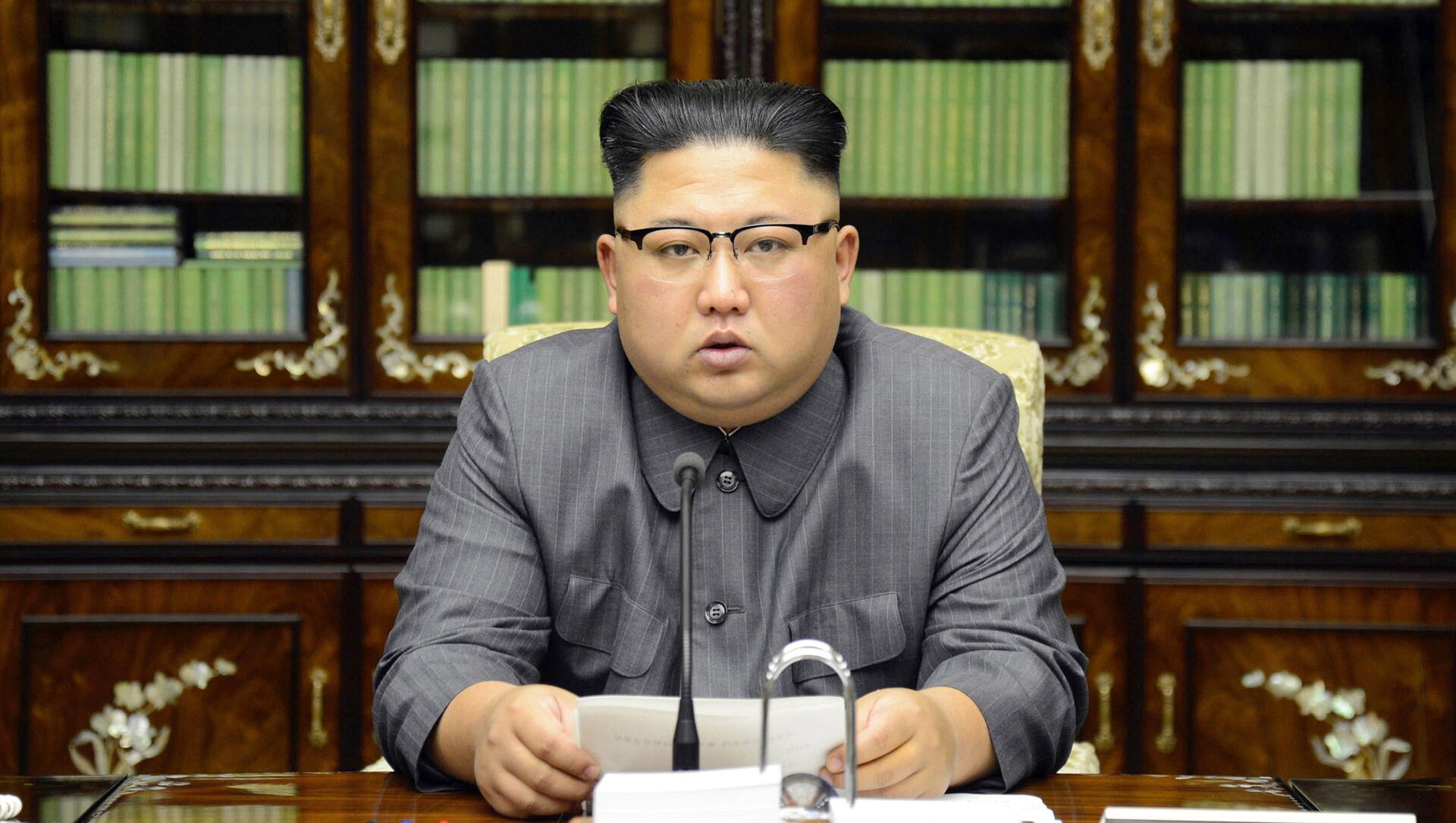 Max Gorbachev
All materialsWrite to the author
The country's borders have been closed since the beginning of the coronavirus outbreak in neighbouring China and authorities announced that the nation's athletes will skip the Summer Olympics in Tokyo in order to protect itself from the infectious disease. Pyongyang has not publicly confirmed any cases of COVID-19.

North Korea's leader Kim Jong-un has sacked several high-ranking officials, the state-run Korean Central News Agency (KCNA) has reported. According to the outlet, at a specially convened meeting of leaders of the ruling Workers' Party, Mr Kim accused the officials of failing to fulfill measures aimed at fighting the global pandemic.

"Senior officials in charge of important state affairs neglected the implementation of the important decisions of the party on taking organisational, institutional, material, scientific, and technological measures ... associated with the worldwide health crisis, and thus caused a crucial case of creating a great crisis in ensuring the security of the state and safety of the people and entailed grave consequences", he said as per the KCNA.

The outlet's report says the North Korean leader then laid off several officials, including members of the presidium of the politburo, the highest decision-making body, and one member of the Standing Committee, of which Mr Kim himself is a member.

KCNA did not elaborate on the "great crisis" and did not identify the sacked officials.

The news prompted concern that there is an outbreak of COVID-19 in the DPRK, whose economy has been crippled by international sanctions.

"Pyongyang is probably in need of international aid. Otherwise they would not have done this as it inevitably involves acknowledging the regime's own failure in its anti-epidemic efforts", said Ahn Chan-il, a researcher who defected from the DRPK, told AFP.

His statement was echoed by Dr Leif-Eric Easley, an associate professor of international studies at Ewha Womans University in Seoul, who said the news could also suggest that health conditions are deteriorating in the country and that Pyongyang is preparing to accept vaccines from the international community.

The potential outbreak of COVID-19 could also be exacerbated by food shortages in North Korea. Two weeks ago Kim Jong-un acknowledged that the DPRK is facing a "tense" food situation. Trade with North Korea's main ally China has plummeted since Pyongyang sealed its borders following the beginning of the COVID-19 outbreak. Beijing has also sent medicine to the DPRK.

North Korea should have received 2 million doses of the AstraZeneca vaccine in May through COVAX, a global alliance aimed at distributing coronavirus inoculations among middle- and low-income countries. However, the shipment was delayed, with COVAX saying it was caused by the DPRK's lack of "technical preparedness". COVAX said that the delivery could be expected later this year.

The situation with the coronavirus has worsened in various parts of the globe due to the spread of the Delta variant, which emerged in India and is now replacing the original strain first discovered in the Chinese city of Wuhan. Officially known as B.1.617, the strain is more transmissible, causes severe cases, and finds a way to evade vaccines.