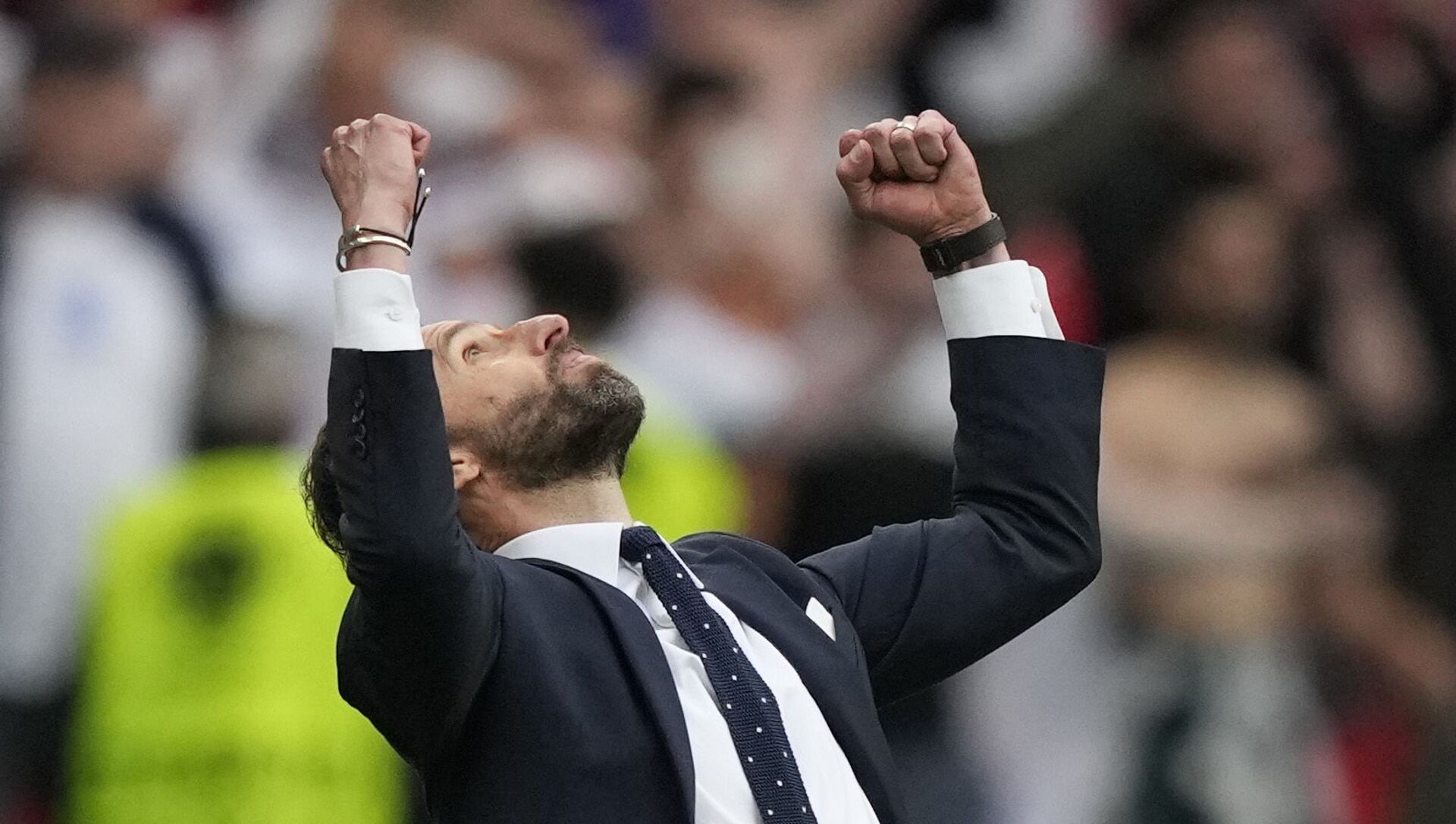 Pawan Atri
All materials
Tournament favourites England sealed their spot in the quarterfinals of the Euro 2020 with a spectacular 2-0 win over their great rival Germany on Tuesday night. England's win was all the more special, considering it was their first win over the Germans in a knockout encounter since the 1966 FIFA World Cup final.

England manager Gareth Southgate finally got his sweet revenge over three-time European champions Germany after goals from winger Raheem Sterling and skipper Harry Kane powered England to a comfortable 2-0 victory in front of a raucous home crowd at Wembley Stadium.

​Ever since his penalty was saved by then-German goalkeeper Andreas Kopke, which led to England's defeat in the epic semifinal at the 1996 Euros, Southgate has been nursing a desire to beat the Germans on the big stage.

On Tuesday, Southgate finally buried the ghosts of that heartbreaking loss as his "changed tactics" became the decisive factor in the Three Lions' triumph.

Ahead of their clash with Germany, Southgate was under immense pressure and was criticised by fans and pundits alike for his decisions, especially his stubbornness to persist with Raheem Sterling when England had a massive pool of attacking midfielders.

The Three Lions manager, however, proved them wrong as Sterling repaid his faith by scoring his third goal of the tournament against Joachim Loew's side.

Many fans and football pundits had been calling for Southgate to drop Sterling from the starting eleven and replace him with either Jack Grealish, Phil Foden, or Jadon Sancho. But Sterling didn't let his manager down as he scored the first goal against the Germans.

Harry Kane's first goal of the competition - a late header made it a perfect night for Southgate as Kane was under fire from critics for his poor run in the Euro 2020. And Southgate needed his captain to fire as he is one of the most important men in his scheme of play. 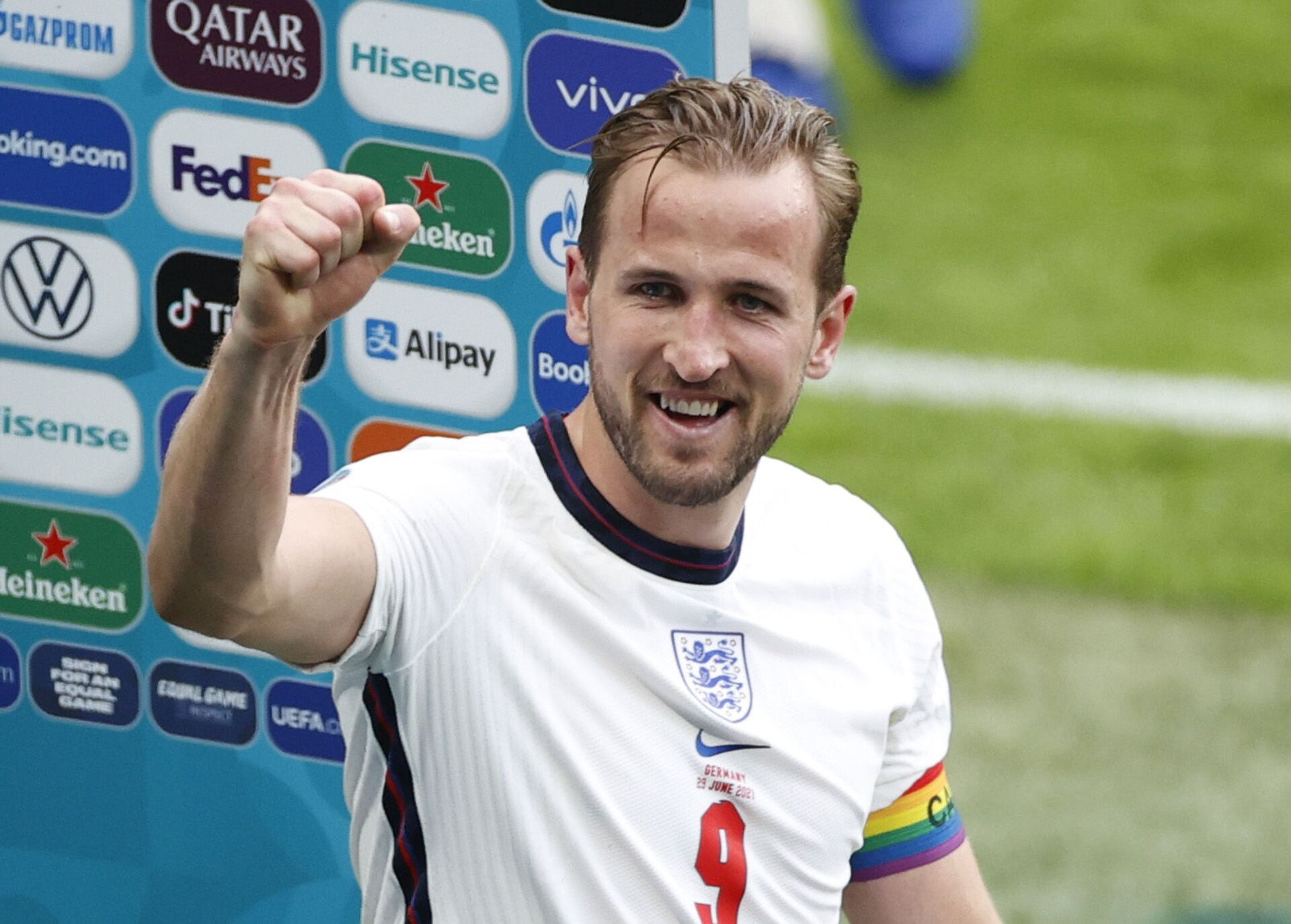 Southgate hailed England's performance, calling it "immense", but he urged his players not to take their eye off their main goal of winning the Euro 2020 trophy.

The Three Lions last won a major football tournament way back in 1966, when they captured their only World Cup title. Southgate has warned Kane and his men against any kind of complacency. It is because he wants to end England's 55-year trophy drought in major international tournaments.

Southgate said: "I think the players were immense right the way through the team. To know so many millions of people after such a difficult year at home can have that enjoyment is very special. When we got in the dressing room we were talking about Saturday. Today was immense. But emotionally and physically there is a cost".

"It's a dangerous moment for us. The warmth of success, the feeling we only have to turn up to win the thing, we know it's going to be an immense challenge".

"The players know that. They should feel confident from the way they've played. We came here with an intention and we've not achieved that yet".

"I'm just thinking about Saturday. It was lovely to be on the side to see the second goal go in. It was a really special moment. We've not achieved what we want to achieve yet. We can look back on today in the future. I want to get Saturday right", he stated.

"Today is a big result. We haven't put together a semi-final [England reached the last four at Russia 2018] followed by a quarterfinal since 1966. These players keep writing history. They have the chance again. We've only been to one European Championship semi‑final. They have the chance to do something really special", Southgate added.

England centre-back Harry Maguire agreed with Southgate's assessment that England needed to maintain focus, as an easier draw in a big tournament like the Euros was irrelevant.

"I'm not going to play it down, it means everything to beat them. We changed our formation to counteract theirs. We were aggressive all over the pitch. Credit to the coaching staff. The game plan worked brilliantly and we executed it really well", Maguire said after his side's victory over Germany.

"The side of the draw means absolutely nothing. You've seen in recent matches in this tournament that if you don't play to a level you'll get punished. We don't get carried away. If we don't perform we'll lose. Come Saturday we know it's business again".

Former India international Syed Rahim Nabi, who had billed England as one of the favourites before the start of Euro 2020, echoed the same sentiments as Southgate and Maguire.

He told Sputnik on Wednesday: "England were brilliant against Germany. They had all the areas covered with Southgate making all the necessary tactical changes, but credit must be given to Kane and his players because the way they executed their plans on the field was commendable".

"Alongside Belgium, England are now the favourites to win the Euros. But they should avoid being complacent because we have seen in the past that one bad game has changed the fortunes of the major sides in such competitions", Nabi added.

The English team is set to take on Ukraine in the quarterfinals in Rome on Saturday. The Ukrainians stunned Sweden 2-1 in their Round of 16 clash, played after England's stunning win over Germany.