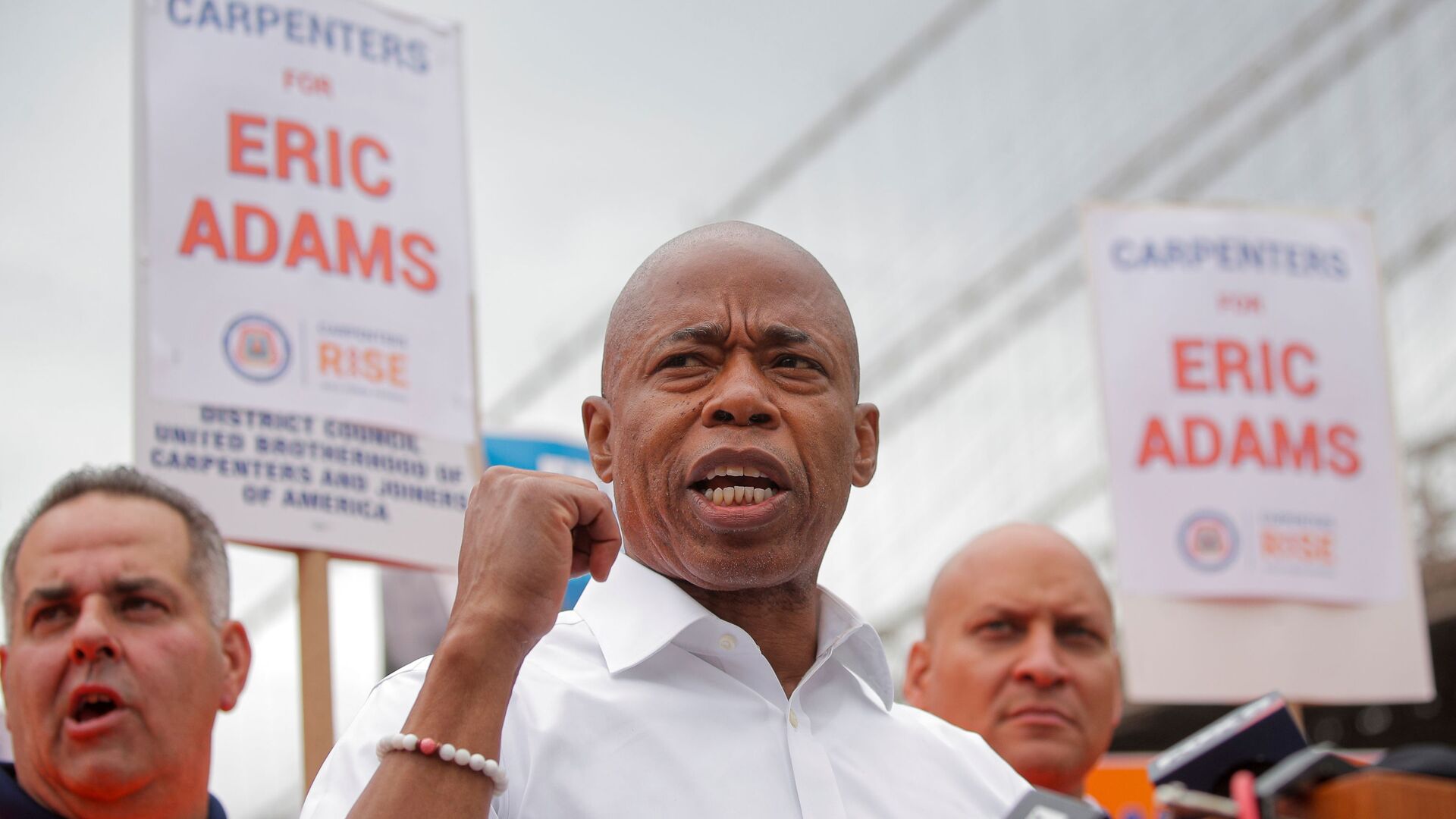 Ekaterina Blinova
All materialsWrite to the author
The New York City Democratic mayoral primary descended into chaos on Tuesday night when the city's Board of Elections backpedalled on the newly released tally of votes citing a "discrepancy" triggering concerns about possible "mismanagement".

The primary election to choose the Big Apple's new mayor was held a week ago with preliminary results showing Adams leading by 10 points. On Tuesday, the gap between Adams and Garcia appeared to slump to two percentage points or 15,908 votes. However, the 29 June tabulation suddenly showed an additional 140,000 ballots since Election Day, which prompted the Brooklyn borough president to raise the alarm over alleged voter irregularities.

"The vote total just released by the Board of Elections is 100,000-plus more than the total announced on election night, raising serious questions", Adams' statement read. "We have asked the Board of Elections to explain such a massive increase and other irregularities before we comment on the Ranked Choice Voting projection".

NYC MAYOR RANKED CHOICE RESULTS ARE UP! (only early + in-person votes, no absentees yet)

This is a real race folks. The uncounted absentee ballots have the potential to put Garcia over the top.

​Some Twitter users mocked the statement, claiming that Adams sounds like Donald Trump, who is still insisting that he lost the November 2020 race due to supposed election fraud.

Democratic Mayoral candidate of New York Eric Adams is questioning the vote totals due to “irregularities.” Pushing this vague rhetoric with no evidence is no different than Donald Trump perpetuating the Big Lie. This is dangerous & irresponsible. https://t.co/hO60Zn05N1

​"Democratic Mayoral candidate of New York Eric Adams is questioning the vote totals due to 'irregularities'", echoed a Twitter user named Roque Coral. "Pushing this vague rhetoric with no evidence is no different than Donald Trump perpetuating the Big Lie. This is dangerous & irresponsible".

However, it turned out that the former cop's concerns were justified. The Board of Elections acknowledged an apparent "discrepancy" and then issued a statement explaining that it had mistakenly included 135,000 test vote records in the initial tally.

"Board staff has removed all test ballot images from the system and will upload election night results, cross-referencing against election night reporting software for verification", the body tweeted late on Tuesday. "The cast vote record will be re-generated and the RCV rounds will be re-tabulated".

Following the BOE's announcement Garcia called the mistake "deeply troubling", while Wiley accused the board of "mismanagement".

For those who claim election fraud doesn't exist, the NYC mayoral race is in chaos bc Board of Elections "accidentally" included test results in vote count.

No doubt this is b/c they're mad that ex-cop Eric Adams is leading the primary among Democrats.https://t.co/DGatLcq2hd

​The unfolding havoc has thrown shade on NYC's first "ranked-choice voting" (RCV), an electoral system in which voters rank candidates by preference on their ballots. The system, which resembles nothing more than a series of instant runoffs, is claimed to be more democratic in comparison to traditional voting with its "winner-takes-all" approach. In accordance with RCV rules, the candidate with the fewest first-preference votes is eliminated, and his or her votes are redistributed to voters' second choice. Then a new tally is conducted to determine which candidate has won a majority of the adjusted votes.

Yet, regardless of the outcome of the BOE's recount, the final results were not expected until mid-July: there are approximately 125,000 absentee ballots that have yet to be tallied. Potentially, it could be enough to change the final results.

“Eric Adams’ camp released a statement wondering where 100,000 votes came from to make it a tight race”
Where have we seen this before?
Our election system is completely compromised. https://t.co/klb10uTMIC https://t.co/VdkN5TQxOZ#NewYorkCity #wakeupAmerica

​The controversy surrounding the primaries adds to the GOP's concerns over election integrity in the US. A number of states are toughening ID laws and/or kicking off audits of the 2020 elections. One such audit was completed last week in Arizona despite opposition from the state's Democratic Party.

Earlier, Georgia Secretary of State Brad Raffensperger admitted that irregularities occurred in Fulton County (Atlanta), in 2020 and announced on 14 June that 100,000 people would be removed from voter rolls across the state. For its part, Pennsylvania GOP lawmakers are considering launching an Arizona-style audit. Former President Donald Trump has repeatedly endorsed the developments, hinting there is more to come out and insisting that he has never recognised his defeat last November.