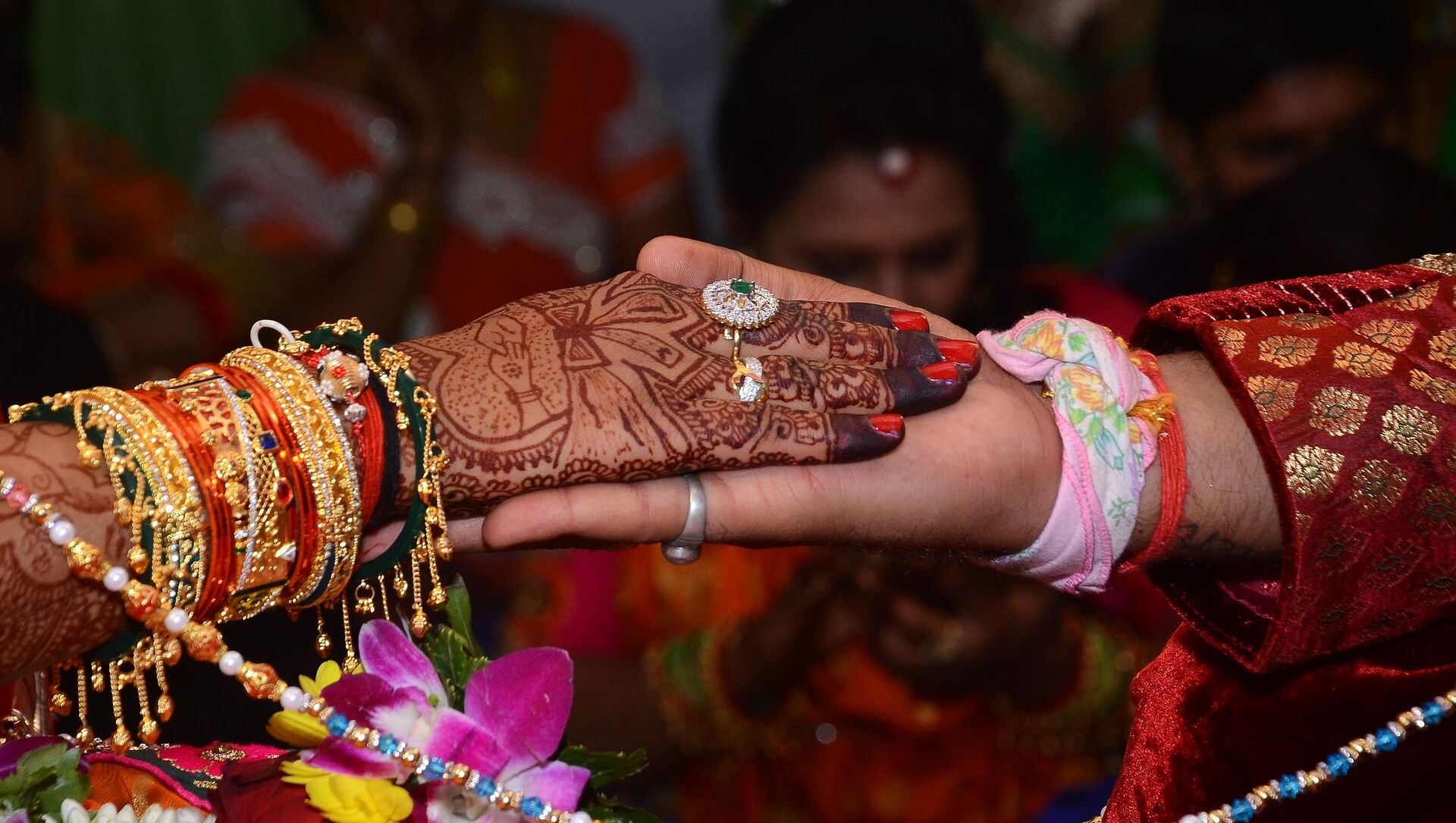 Radhika Parashar
All materialsWrite to the author
The second wave of COVID that hit India between April and May gradually subsided in June. Amid predictions of an approaching third wave of the virus, young Indians waiting to tie the knot with their partners are hurriedly setting dates and completing rituals.

A video clip of an extraordinary wedding scene from the Kishan Ganj district of Bihar has gone viral on Twitter. The clip shows the groom, dressed in a cream-coloured traditional Indian attire of "sherwani", sporting a turban - making an extra effort to ensure his bride's "lehenga" dress does not get wet in the flood.

He can be seen lifting his new bride on his shoulders to take her back home safely after the wedding.

The northern part of the Indian state of Bihar state has had heavy rainfall recently since the Monsoon season began in India earlier this month.