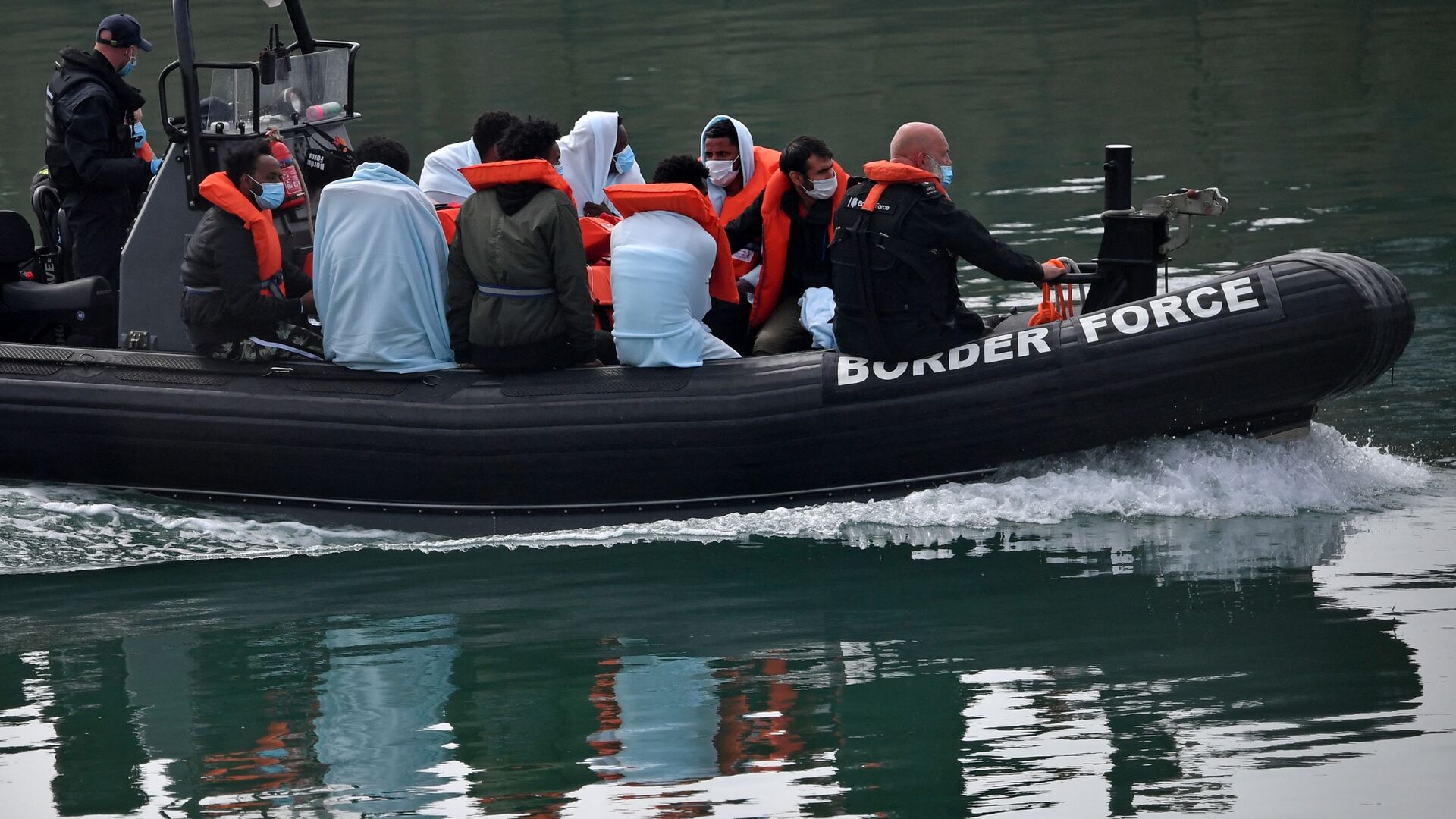 Evgeny Mikhaylov
All materialsWrite to the author
The measures at the border are expected to be tightened as a reaction to the growing influx of asylum seekers arriving in Britain via the English Channel in small vessels. Just over the weekend, at least 200 migrants managed to reach the country, setting the record for illegal arrivals this year.

UK Home Secretary Priti Patel plans to take action against illegal immigration, as she is set to appoint one top official in order to stop the Channel crossings, The Telegraph has reported. According to the newspaper, instead of two directors-general of the Border Force and Immigration Enforcement (who are expected to step down), there will be one appointee who will be in charge of overhauling the nation's "broken" asylum system. 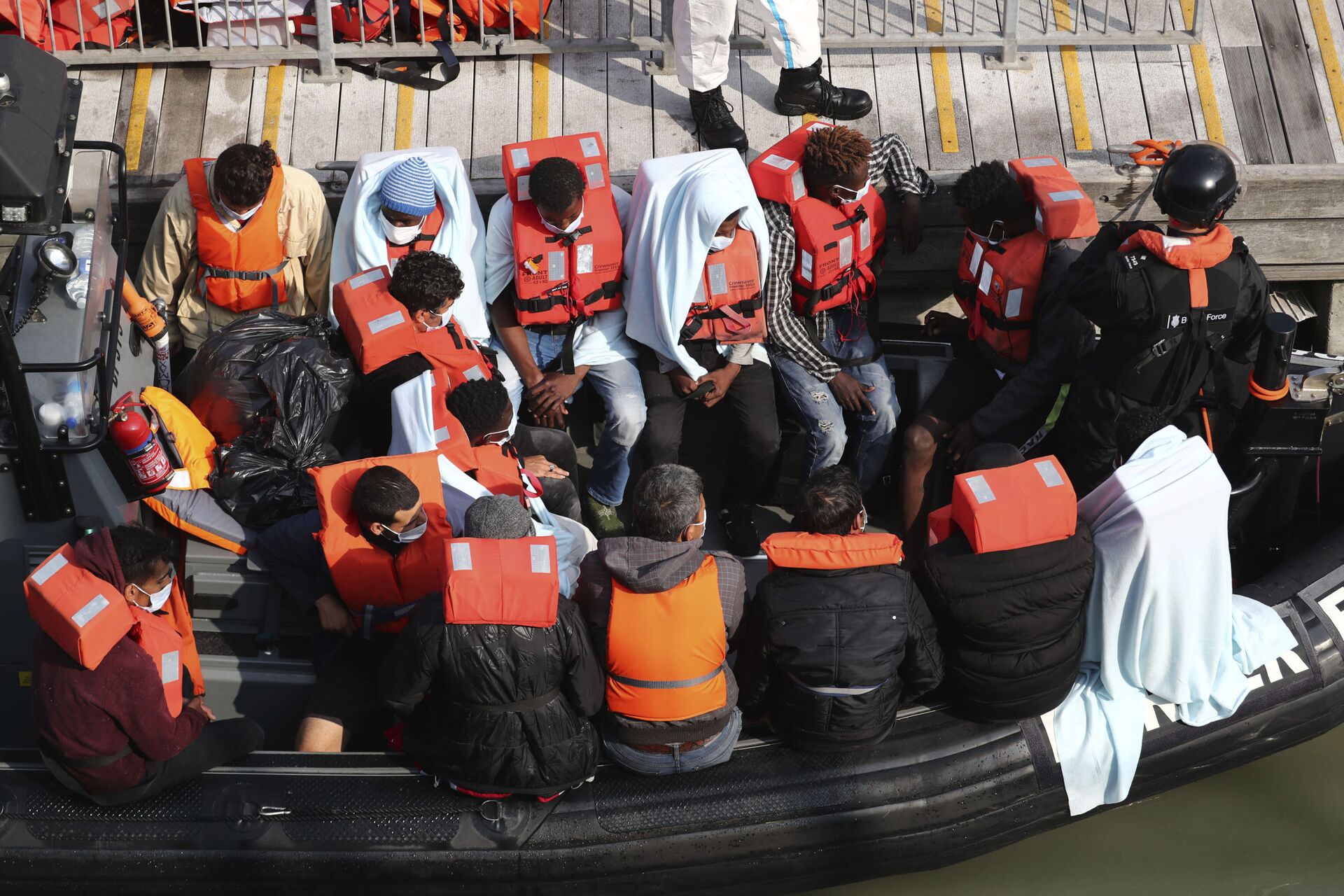 A group of people, thought to be migrants wait on a Border Force rib to come ashore at Dover marina in Kent, England after a small boat incident in the English Channel, Tuesday Sept. 22, 2020.
© AP Photo / Gareth Fuller

The minister will also unveil proposed new laws next week that will deny illegal migrants the right to settle in the country, the report suggested.

"The prime minister and home secretary are determined to look at anything that will make a difference on Channel crossings", a government source told The Times.

Last year, 8,500 illegal immigrants arrived in Britain by crossing the English Channel in small boats from France or Belgium. Since the beginning of this year, 5,300 asylum seekers have entered the UK, and the numbers continue to grow. In a bid to stop the illegal crossings, Patel and her French counterpart Gerald Darmanin concluded a deal in November 2020, but the number of illegal migrants remains high.