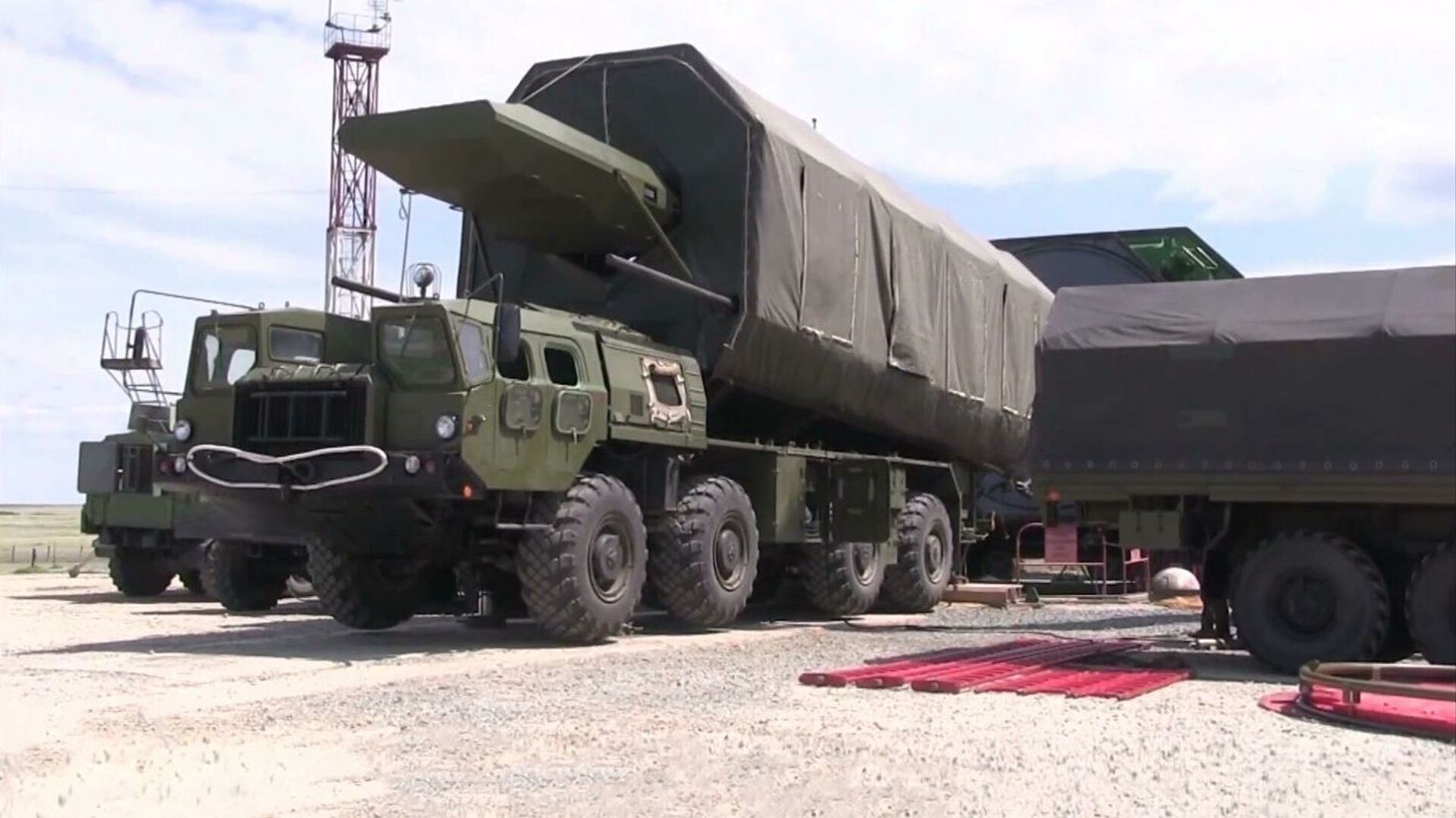 Ekaterina Blinova
All materialsWrite to the author
Russia's cutting-edge Avangard and Kinzhal hypersonic weapons have been put on combat alert, while other state-of-the-art arms, including the new-generation S-500 Prometheus surface-to-air missile system, are completing trials, Russian President Vladimir Putin stated on Monday.

On 28 June, Russian President Vladimir Putin met with top graduates of military schools and academies of the Ministry of Defence, the Ministry of Emergencies, law enforcement agencies, and special services. Addressing the future commanders, the Russian president emphasised that they would have to help their subordinates master the latest military equipment, stressing that Russia is already working out a new state armaments programme with a planning horizon until 2034.

The Kh-47M2 Kinzhal (Dagger), the Avangard hypersonic glide vehicle (HGV), and the 3M22 Zircon anti-ship hypersonic missile were unveiled by Russian President Putin during his annual state-of-the-nation address on 1 March 2018. Putin explained at the time that it was the US' unilateral withdrawal from the ABM Treaty in 2002 that forced Russia to start developing hypersonic weapons.

"We had to create these [hypersonic] weapons in response to the US deployment of a strategic missile defence system, which in the future would be capable of virtually neutralising, zeroing out all our nuclear potential", the Russian president emphasised in his 1 March 2018 speech. 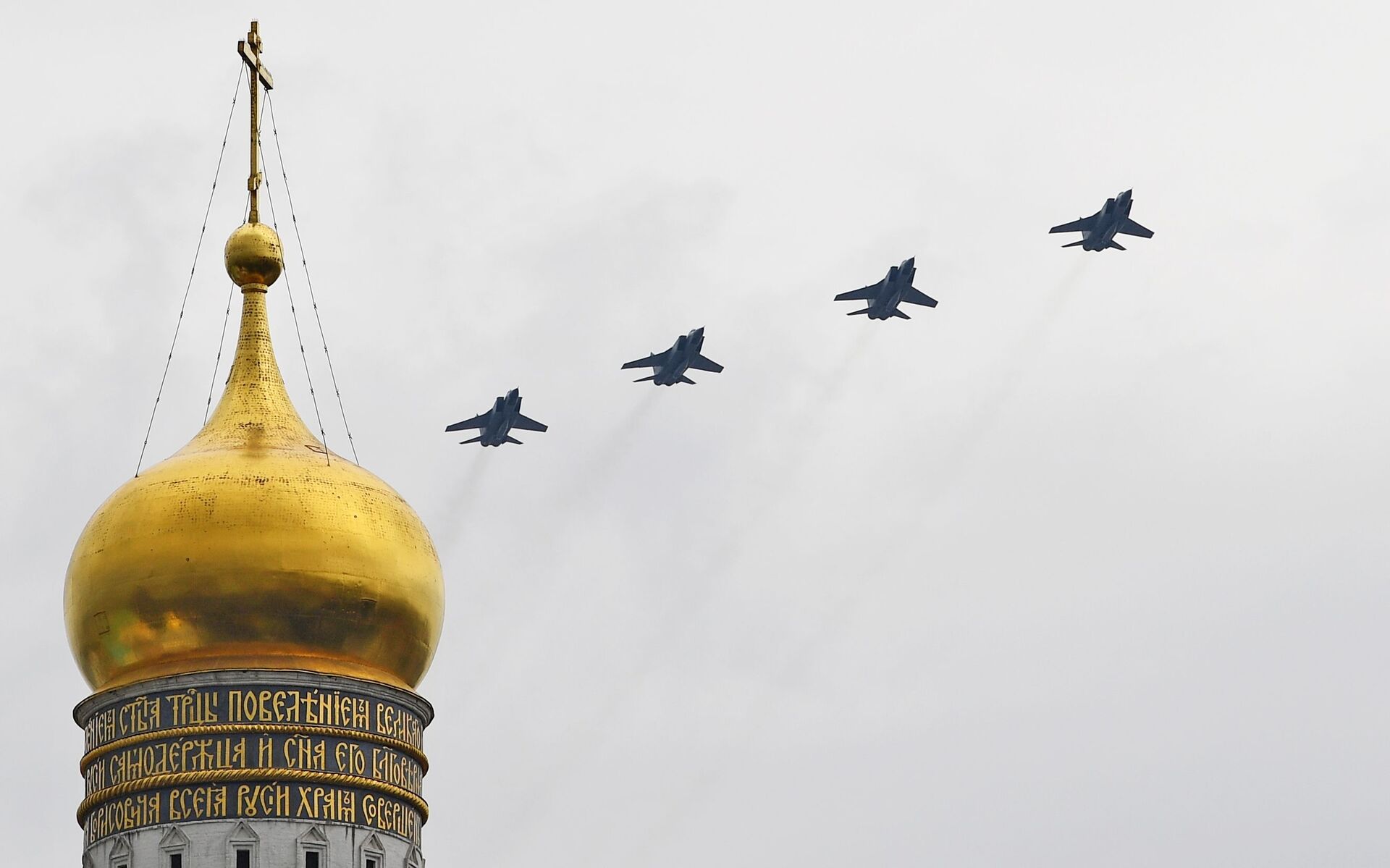 Kinzhal-armed MiG-31s during their flight past the Kremlin amid the repetition for the upcoming Victory Parade, May 4, 2020.
© Sputnik / Алексей Майшев
/
Go to the mediabank

The Kinzhal, a nuclear-capable air-launched ballistic missile, is said to have a range of more than 2,000 km (1,200 mi) and be capable of reaching a speed of up to Mach 10 (12,250 km/h or 7,612 mph) while also performing evasive manoeuvres. In January 2020, MiG-31K jets successfully test-fired the hypersonic missiles in the Black Sea, near Crimea. Recently, two MiG-31K fighter jets capable of carrying Kinzhals were deployed at the Khmeimim air base in Syria for the first time as part of preparations for joint military exercises, according to a 25 June statement by the Russian Ministry of Defence. 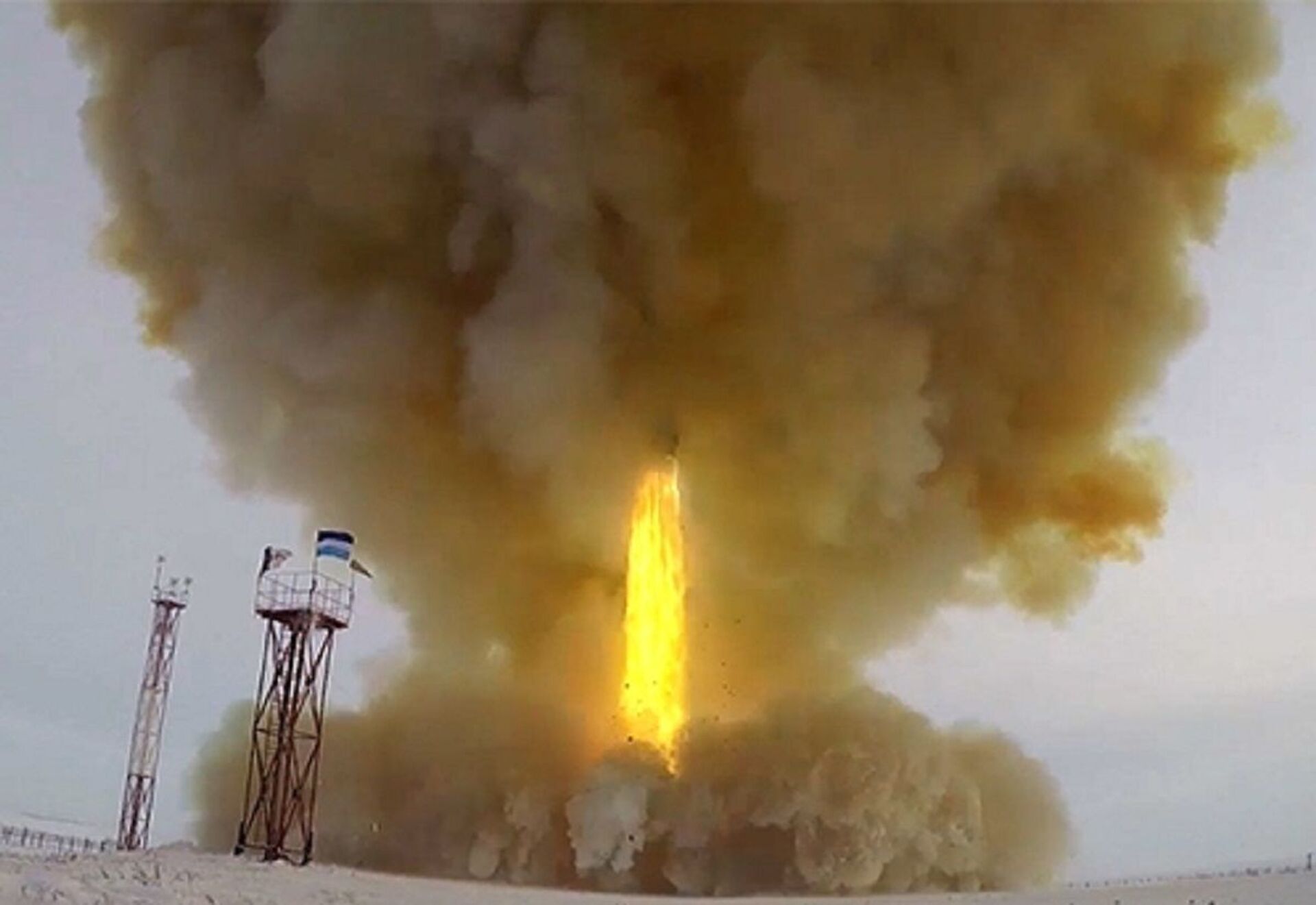 The Russian Avangard HGV is designed to be launched atop an intercontinental ballistic missile and fly 27 times the speed of sound (33,000 km/h or 20,500 mph) carrying a nuclear payload of up to two megatons. To withstand the high temperatures resulting from its hypersonic flight, the weapon is made of innovative composite materials. Furthermore, unlike a regular missile warhead, the Russian-made HGV is capable of performing sharp manoeuvres en route to the target, making it much harder to intercept. 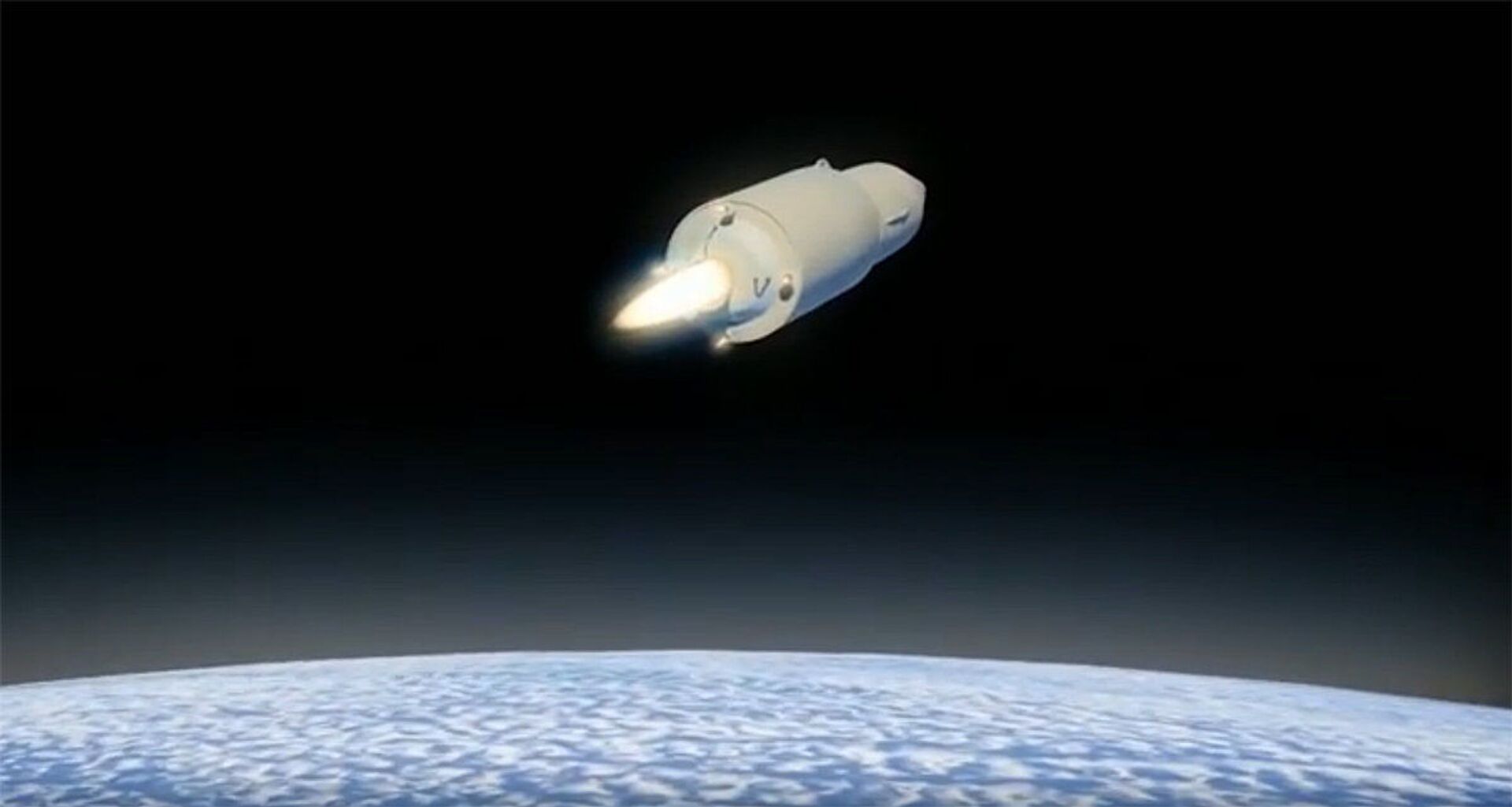 It was earlier reported that the Avangard can be carried by the UR-100UTTKh or the RS-28 Sarmat liquid-fuelled intercontinental ballistic missiles (ICBMs). The latter, dubbed by NATO as the SS-X-29 Satan 2, is believed to be the biggest weapon in Russia’s nuclear arsenal. The Avangard hypersonic missiles entered service on 27 December 2019, according to the Russian Ministry of Defence.

Meanwhile, Russia is continuing to test its 3M22 Zircon anti-ship hypersonic cruise missiles, which are able to destroy both sea-going and land-based targets. According to the weapon's specifications, first revealed by Vladimir Putin on 20 February 2019, this hypersonic missile is capable of accelerating to about Mach 9 (10,734 km/h or 6,905 mph). The weapon's maximum firing range could reportedly exceed 1,000 kilometres (620 miles). 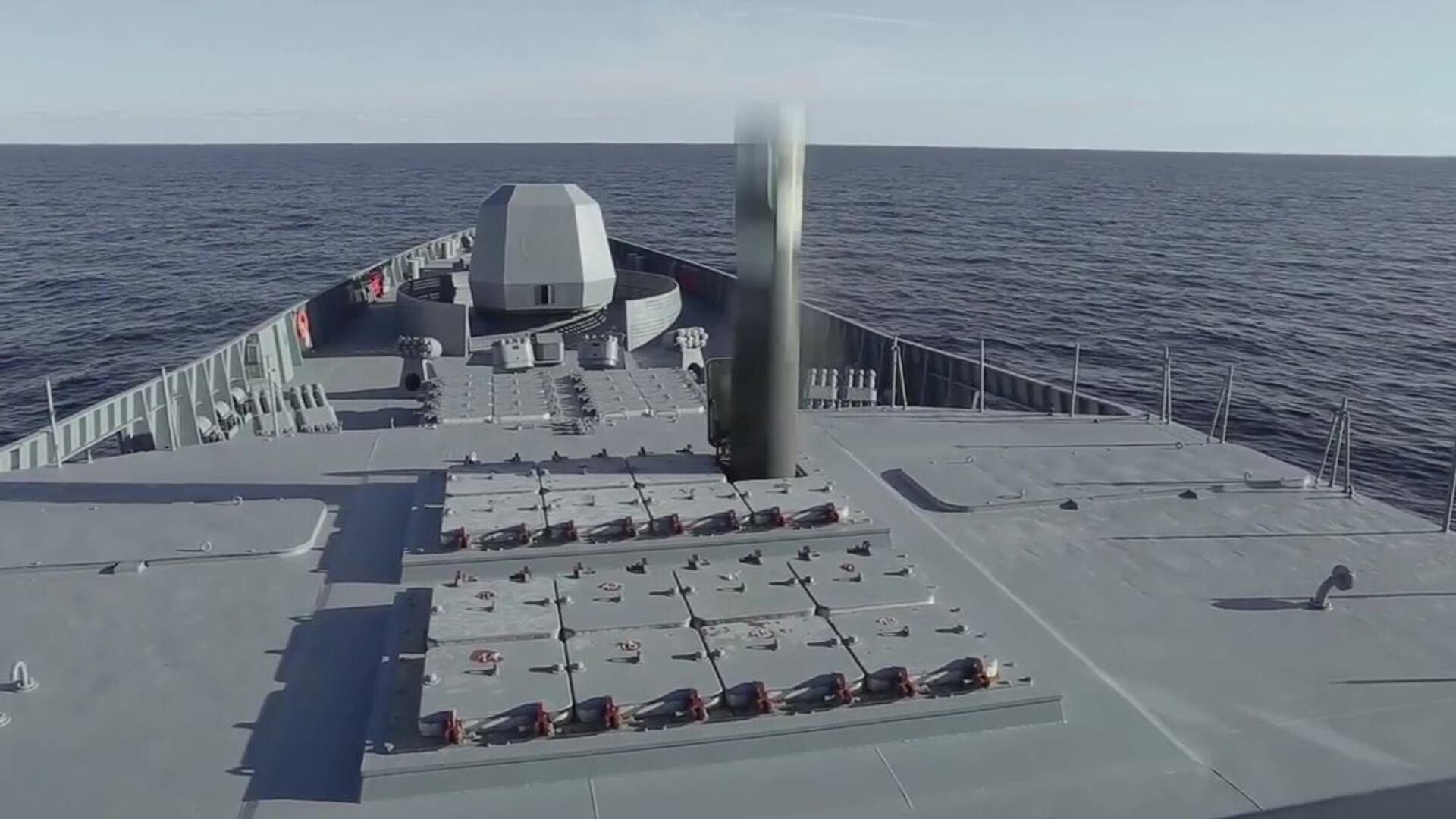 On 6 October 2020, Russia successfully test-launched the 3M22 Zircon from the Admiral Gorshkov frigate in the White Sea, in the north of Russia. Zircon trials on an underwater carrier were scheduled to start in June 2021, while serial production is expected to begin in 2022, Russian Deputy Minister of Defence Alexey Krivoruchko announced on 29 January 2021. It was earlier reported that the hypersonic cruise missiles would be installed on Project 885M Yasen-M nuclear submarines, Russia's new super-quite multi-purpose underwater craft.

"Hypersonic missiles could revolutionize warfare because of their high speeds, flat trajectory and ability to maneuver in flight, all of which will make it difficult for existing anti-missile systems to intercept them", Newsweek admitted on 28 June. 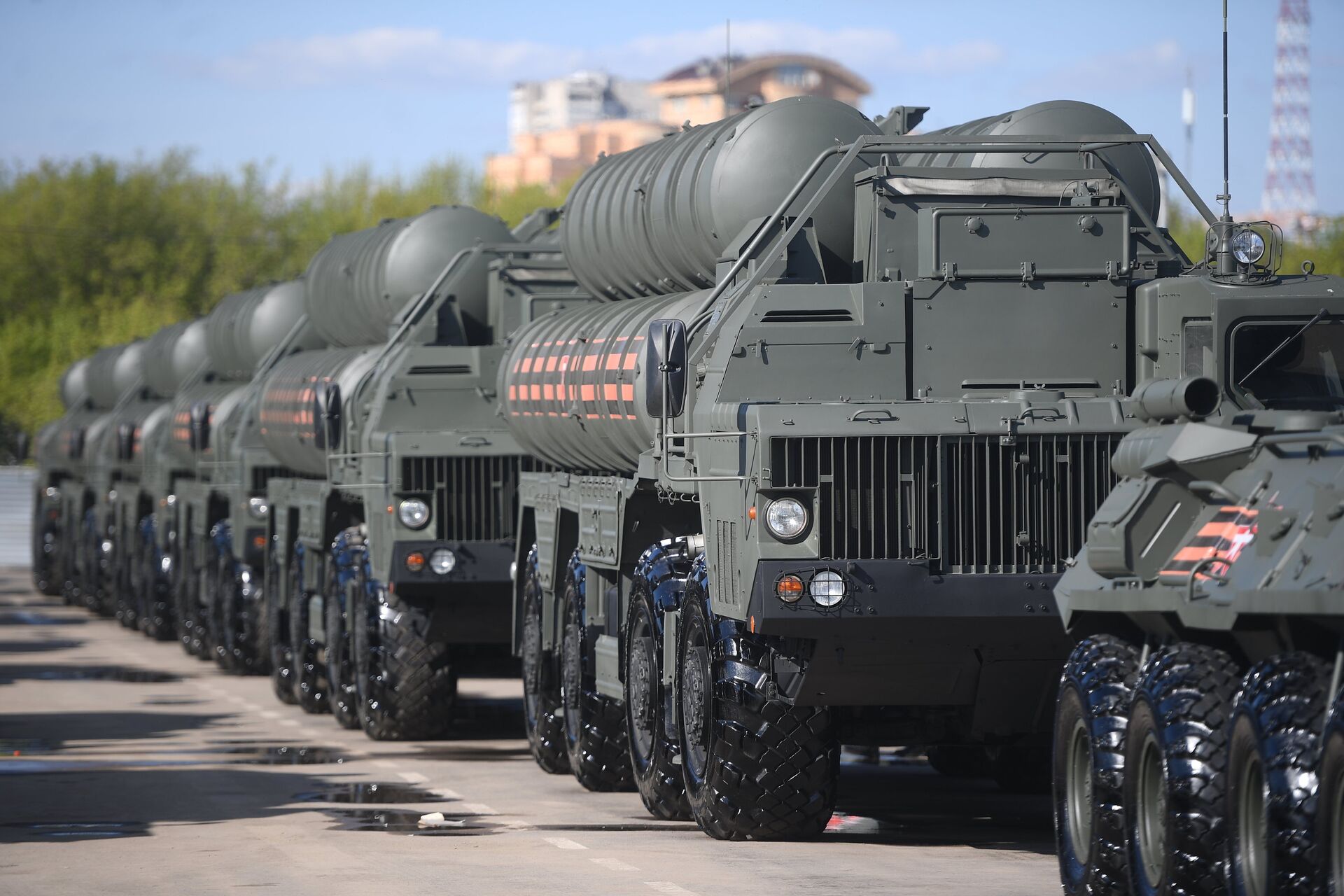 Simultaneously, the S-500 Prometheus, the successor to Russia's state-of-the-art S-400 Triumph air defence system, is also about to wrap up trials.

"Over 70 percent of surface-to-air missile regiments in the Aerospace Forces have been rearmed with advanced S-400 systems", Vladimir Putin stated at a 25 May summit with the leadership of the Defence Ministry and defence enterprises. "The S-500 system whose trials are successfully nearing completion is next to be delivered to the troops".

Last year, the Russian Ministry of Defence signalled that serial deliveries of S-500s were scheduled to begin in 2025.

The S-500 Prometheus is largely seen as an "antidote" against enemy hypersonic weapons. Apart from intercepting hypersonic missiles due to its upgraded 77N6-series rockets, the new defence system can also deal with ballistic missiles at ranges of up to 600 kilometres, while also being capable of shooting aerial objects flying at speeds over Mach 5 (6,174 km/h or 3,836 mph). The S-500 can also target and bring down certain types of low-orbit satellites, according to some reports.

Furthermore, the new air defence missile system is likely to pose a significant challenge to US fifth-generation stealth fighter jets like Lockheed Martin’s F-35 Lightning II and F-22 Raptor. According to the anti-missile system's developer, Almaz-Antey, the S-500 can successfully thwart the US aircraft's low-observable (LO) technology. In general, the S-500 system is designed to be able to solve the entire range of air and missile defence tasks, including countering aerospace attack weapons.