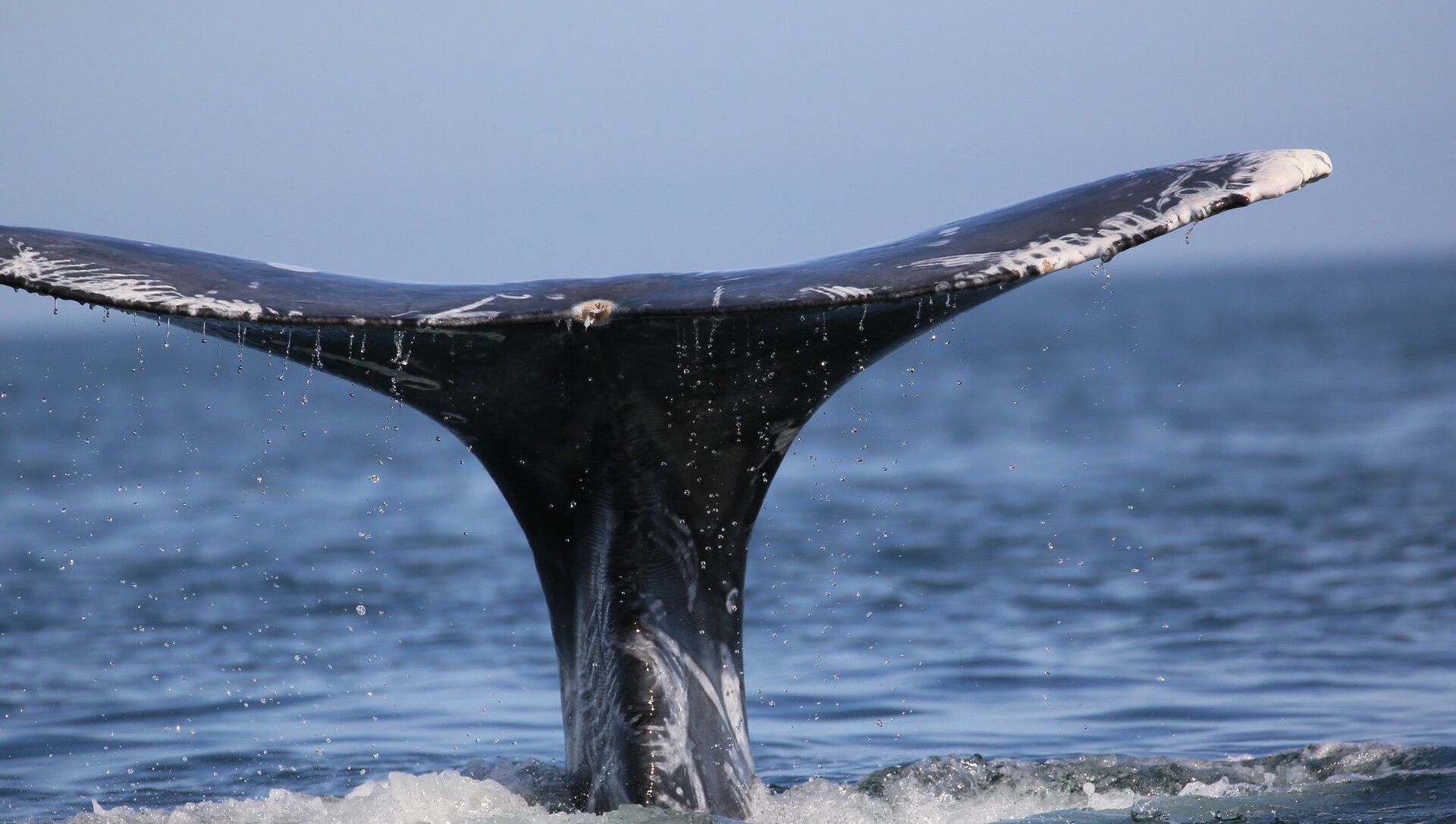 Igor Kuznetsov
All materials
The experiment in which a dozen whales would be locked up to test their hearing was described as "daring" by the researchers, yet has sparked international protests over the inhumane treatment of animals. A petition by 50 researchers from across the globe gathered over 60,000 signatures, asking the Norwegian authorities to drop it.

The Norwegian Armed Forces Research Institute, the US authorities, and the US Navy have stopped a controversial project in which 12 minke whales would be caught inside a net to test their hearing.

The project aimed to establish what kind of outside sounds can disturb the whales sparked fierce opposition from animal rights activists, yet was given permission from the Norwegian Food Safety Authority.

Yet, after barely three weeks outside Stamsund at Lofoten, the researchers are now stopping further research without any result. The researchers only managed to catch only whales, however, two of them appeared too large for the test equipment and one of them managed to find a hole in the enclosure and escaped.

Still, the Armed Forces Research Institute refused to acknowledge that the project has been a failure.

"We have not quite reached the finish line. That was not the goal of this year's project either. The plan is to continue until next year. We have come a long way and learned a lot", chief researcher Petter Kvadsheim at the Norwegian Defence Research Establishment told national broadcaster NRK.

The researchers have theories that sounds scare the animals away from grazing areas. The animals can also be so frightened that they swim too fast to the surface. Much of the current noise level at sea stems from boats, industry, and the Navy. For marine mammals, sound is an important sense. By making sounds and listening, they navigate and communicate with each other.

"When we humans conduct military operations, navigate ship traffic or look for oil and gas, we make a lot of noise, which disturbs the whales. Then it is important that we regulate the noise in the best possible way so that we get the least possible negative effect", Kvadsheim explained.

Through stimulating the lowest frequencies, researchers expected to see how little sound is needed before the whale perceives it. Electrodes are attached to the whales' head and body using suction cups. The signals sent between the ear and the brain will give researchers an indication of what sounds the whales hear.

Minke whales appear off the coast of Nordland in May before swimming along the Lofoten archipelago on their way up to the Barents Sea. This is where the scientists intended to catch the whales. Here, the natural conditions were seen as helpful, allowing to draw nets between the islets.

The whale experiment has gained international attention. A petition by 50 researchers from across the globe gathered over 60,000 signatures,  requesting the Norwegian authorities to stop the Lofoten experiment.

Astrid Fuchs from the Whale & Dolphin Conservation Society expressed hope that the experiment will be scrapped, venturing that the result of the first round was expected.

"Although the whales' reaction was expected from us, it is disappointing that the researchers failed to realise that two of the whales did not fit the project. The fact that another one escaped is yet another proof of the poor setup in these experiments. Hopefully it did not hurt itself", Fuchs said, adding that questions have been sent to the Norwegian Food Safety Authority for clarification.

Chief researcher Petter Kvadsheim characterised the entire project as a daring experiment. He admitted that he doesn't fully understand the protests.

"It is completely incomprehensible to us. Why do animal welfare organisations that work for the animals' best interests go against the research that aims to protect the animals. If animal rights activists had been present in Lofoten, they wouldn't have found anything to get excited about", he said, admitting that whales are under "certain stress" during testing. Nevertheless, he ventured that the drawbacks are outweighed by the benefits of gaining this type of knowledge.