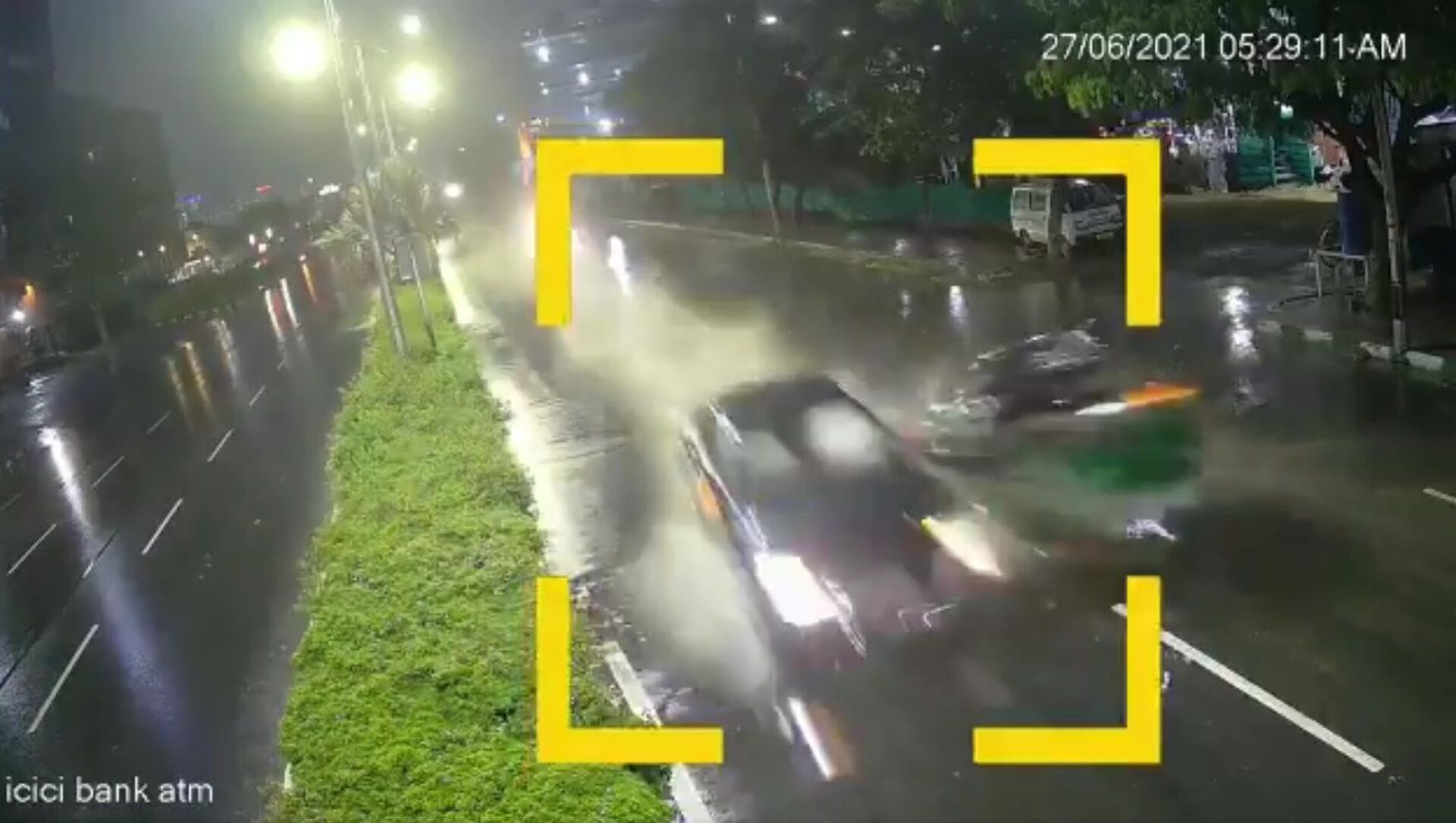 Sushmita Panda
All materials
The incident took place early in the morning on 27 June near the Inorbit Mall under Cyberabad in India's Telangana. According to local police, the deceased passenger was an employee of the Prism Pub. The entire incident was captured by a nearby CCTV camera.

In a shocking incident, an Audi driver who was under the influence of alcohol, crashed into a taxi, killing one person in India's Telangana. The deadly crash was caught on camera, with the video showing the car racing along the rain-drenched road and colliding into the taxi from behind. This collision sent the taxi into an uncontrollable spin before crashing into the roadside, killing the passenger and injuring the driver. The Audi sped away without stopping.

According to local police, a case of culpable homicide has been registered against the Audi driver and his associates. The traffic police also tweeted the gut-wrenching video to raise awareness about road safety.

Reckless speed and drunk driving of an Audi car kills a passenger (an employee of Prism Pub !!) in the auto yesterday early morning near Inorbit Mall.

A case of culpable homicide not amounting to murder has been booked against the Audi driver and his associates.#RoadSafety pic.twitter.com/vhJfsiL9cS