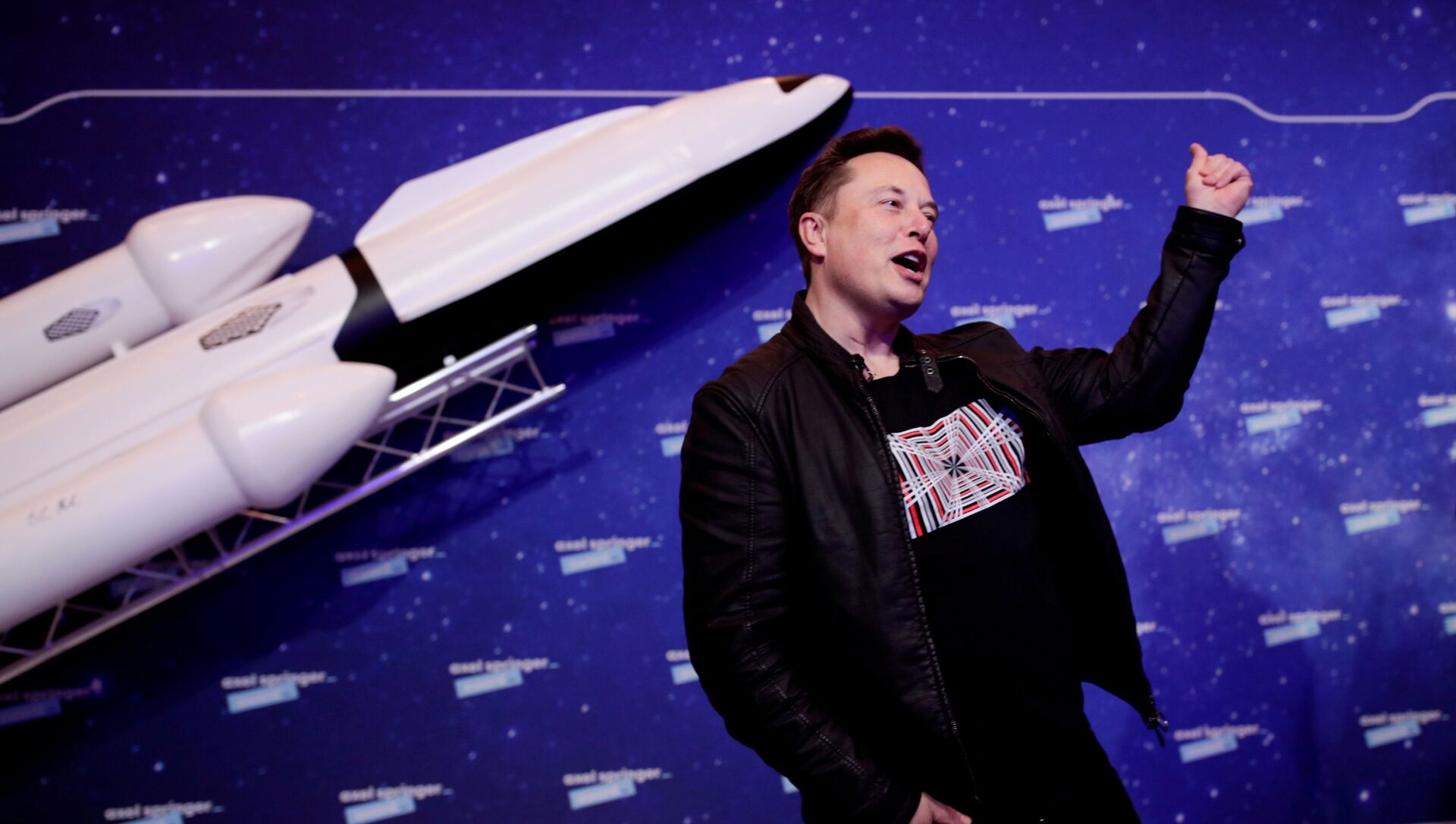 © REUTERS / HANNIBAL HANSCHKE
Subscribe
International
India
Africa
Musk told a telecom industry event that his global satellite internet venture was targeted at people in remote areas, even those without electricity, but added that the network would also negotiate partnerships with national service providers.

SpaceX CEO Elon Musk said he is ready to invest $30 billion in his Starlink satellite internet service — but only expects around 500,000 users in the first year.

Speaking via Zoom from California, to Barcelona's Mobile World Congress 2021 on Tuesday, Musk said he expects to invest $5-$10 billion in the SpaceX spin-off before it turns a profit.

"It's a lot, basically," Musk said, noting that the main objective of the venture was to "not bankrupt" it, cited by the Daily Mail.

Starlink already has a constellation of 1,500 satellites in orbit and is expected to offer worldwide service by August. Currently, the network has just 69,420 clients.

"You can think of Starlink as filling in the gaps between 5G and fibre," Musk said, "really getting to the most difficult to reach three or five percent" of users who need real broadband.

Viral
'Sold All His Mansions to Live in a Box': Get a Look at the Tiny $50k Prefab House Elon Musk Rents
The Starlink receiver equipment, with its often-referred-to "UFO on a stick" terminal, tripod and WiFi router, costs a user $500 — a loss for the company, reportedly, which pays $1,000 per set. "We'd like to reduce the cost of the terminal from $500 to $200 or $350 or something like that," Musk said.

The service costs $100 per month, "the same price all over the world", he added.

"Our customers will very often live in remote regions," Musk told the event, stressing the market for the service. "Sometimes they're up in a cabin up in the mountain that doesn't even have electricity!"

Musk also claimed that the company had partnership agreements with national telecoms companies in two countries — which he did not name — and was in talks with others.

"We have two quite significant partnerships that — with major country telcos, and we are in discussions with others," he said. "This is helpful because a number of countries have requirements that — in order to receive a 5G license, you also have to provide rural coverage. So sometimes urban customers end up subsidizing rural customers."

Other technical details revealed by Musk include that the Starlink satellites orbit around 300 miles (500 km) above the Earth's surface, half as far as geosynchronous satellites, which orbit above a fixed ground point, at 621 miles (1,000 km).