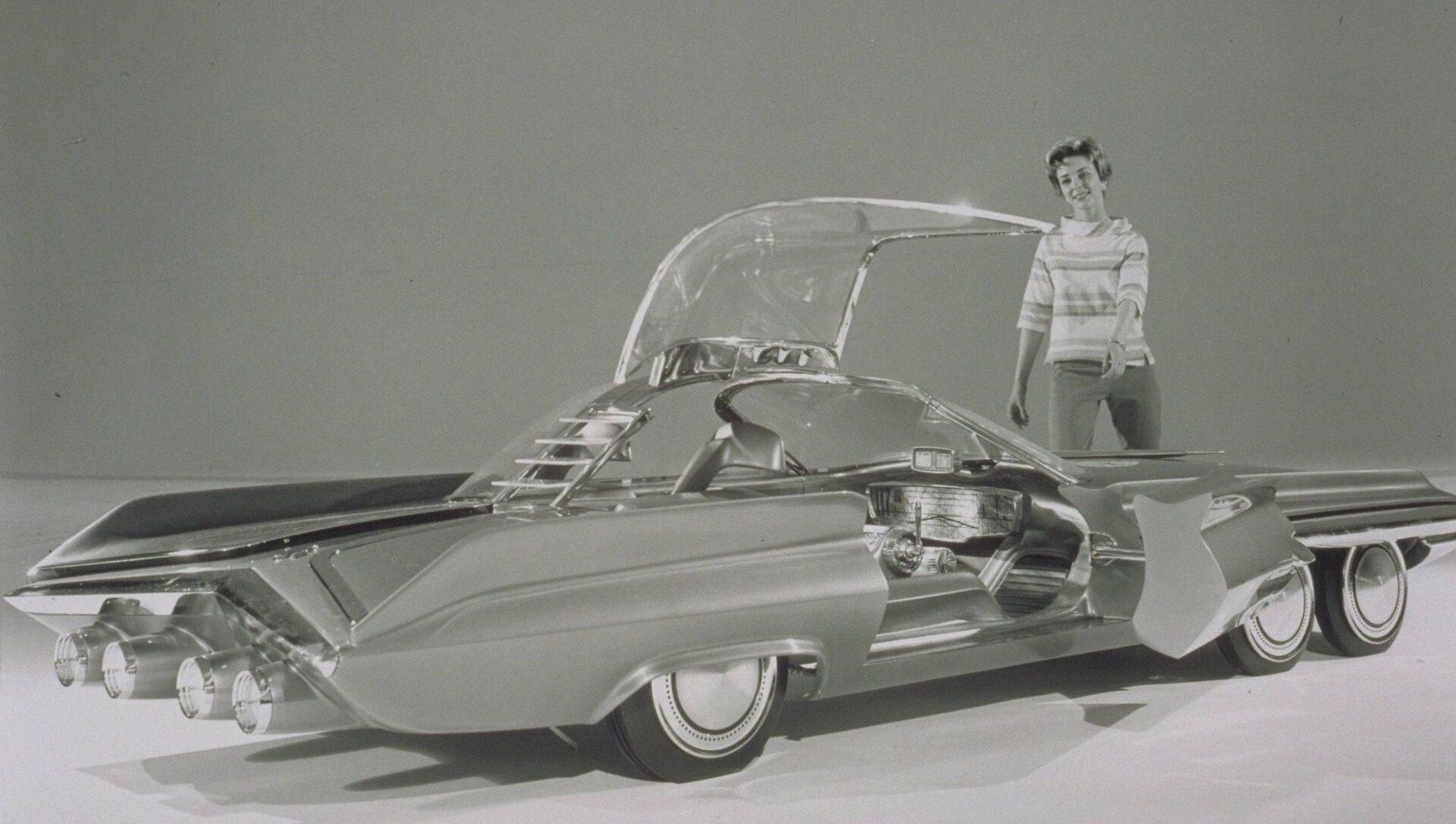 Ekaterina Blinova
All materialsWrite to the author
The discovery of nuclear fission in 1938 and the creation of the world's first atomic reactor, Chicago Pile-1, in 1942 inspired scientists, engineers, and science-fiction authors to offer different concepts as to how the new wonder-energy could be utilised.

In the 1940s and 1950s, Russian-born American author and biochemist Isaac Asimov wrote his famous "Foundation" series, an epic sci-fi saga in which nuclear power becomes the criterion for society's advancement and success. Thus nuclear energy plays a crucial role in transportation, ideology, trade, deterrence, and foreign policy of galactic communities. After the Second World War, engineers across the world picked up the torch from sci-fi novelists to create atomic power stations, nuclear-powered ships, submarines, aircraft, and even… automobiles.

In 1958, American automaker Ford came up with a scale model concept car, Ford Nucleon, which was supposed to be run by a nuclear reactor paired with a steam engine in the rear of the vehicle. In the early 1950s a nuclear propulsion engine of that kind drove Nautilus, the world's first nuclear-powered submarine, built by the Westinghouse Corporation. However, it was impossible to squeeze a reactor of that size into an automobile, therefore it was decided that the project would come to life after a small nuclear propulsion engine was invented.

To protect a driver and passengers from radiation, Ford engineers designed a closed capsule-hemisphere. It was thought that the Nucleon would have a range of 5,000 miles (8,000 km). Having reached its range a Nucleon owner would simply swap the old reactor with a new one and continue to exploit their wonder-automobile.

Yet another concept car was proposed by French company Compagnie Normande d'Etudes pour l'Application de Procédés Mécaniques. In the early 1950s they came up with a hybrid petrol-electric vehicle called Arbel but very soon they went even further, presenting the nuclear prototype Arbel Symetric at the March 1958 Geneva Motor Show.

"The French car of the future needs no gasoline tank", the June 1958 issue of Popular Mechanics read: "The dream car known, called the Arbel, generates its own electricity with an engine mounted in the rear. Four separate electric motors, one at each wheel, do the driving and eliminate the need for a transmission or differential. The chassis is made of rugged tubing which, being hollow, is used as the fuel tank. Still only a dream, the car is said to be easily adaptable to nuclear power".

​The French designers said that Arbel Symetric would be powered by a "Genestatom", a 40-KW nuclear thermal generator using radioactive cartridges made of nuclear waste. The Élysée Palace, however, did not endorse the idea at that time.

1958 Simca Fulgur by Robert Opron. Designed to ‘plane along’ on only its rear wheels at 90mph. #RIPRobertOpron pic.twitter.com/WtiTIuXD98

​Concurrently, another French automobile company Simca - founded in November 1934 by Fiat - introduced its own concept of an atomic-powered car called Simca Fulgur at the 1959 Geneva Auto Show. Aside from an atomic engine, the Fulgur was to contain voice controlled handling, radar guidance, and used only two wheels.

The Studebaker-Packard Corporation kept in step with its competitors by unveiling the Studebaker Packard Astral at the South Bend Art Centre in 1958. It is believed to be the most far-fetched atomic concept car of its time. It was to have one wheel on which the automobile would balance and have the ability to hover over water. It appears the designers' imagination was limitless as the vehicle was said to use a "protective curtain of energy" to shield its passengers from radiation.

Meanwhile, on the other side of the Iron Curtain, Soviet engineers were monitoring their western peers' advancements. An unconfirmed story says that in 1958 the second secretary of the Soviet Embassy in Washington saw the Ford Nucleon at an industrial exhibition. Being impressed with Ford's invention he shared his ideas with then-Soviet leader Nikita Khrushchev who immediately ordered the development of a Soviet analogue of the atomic automobile. Obviously, the project was top secret.

Eventually in 1965, Soviet designers presented a prototype of the "Volga-Atom" based on the GAZ-21 Volga, manufactured at that time by the Gorky Automobile Plant. The story goes that the Volga Atom had a four-cylinder engine which used enriched Uranium 235 and that it was even successfully tested in the Russian city of Severomorsk. However, given that there is no documentary evidence to back these claims, this is most likely a myth. 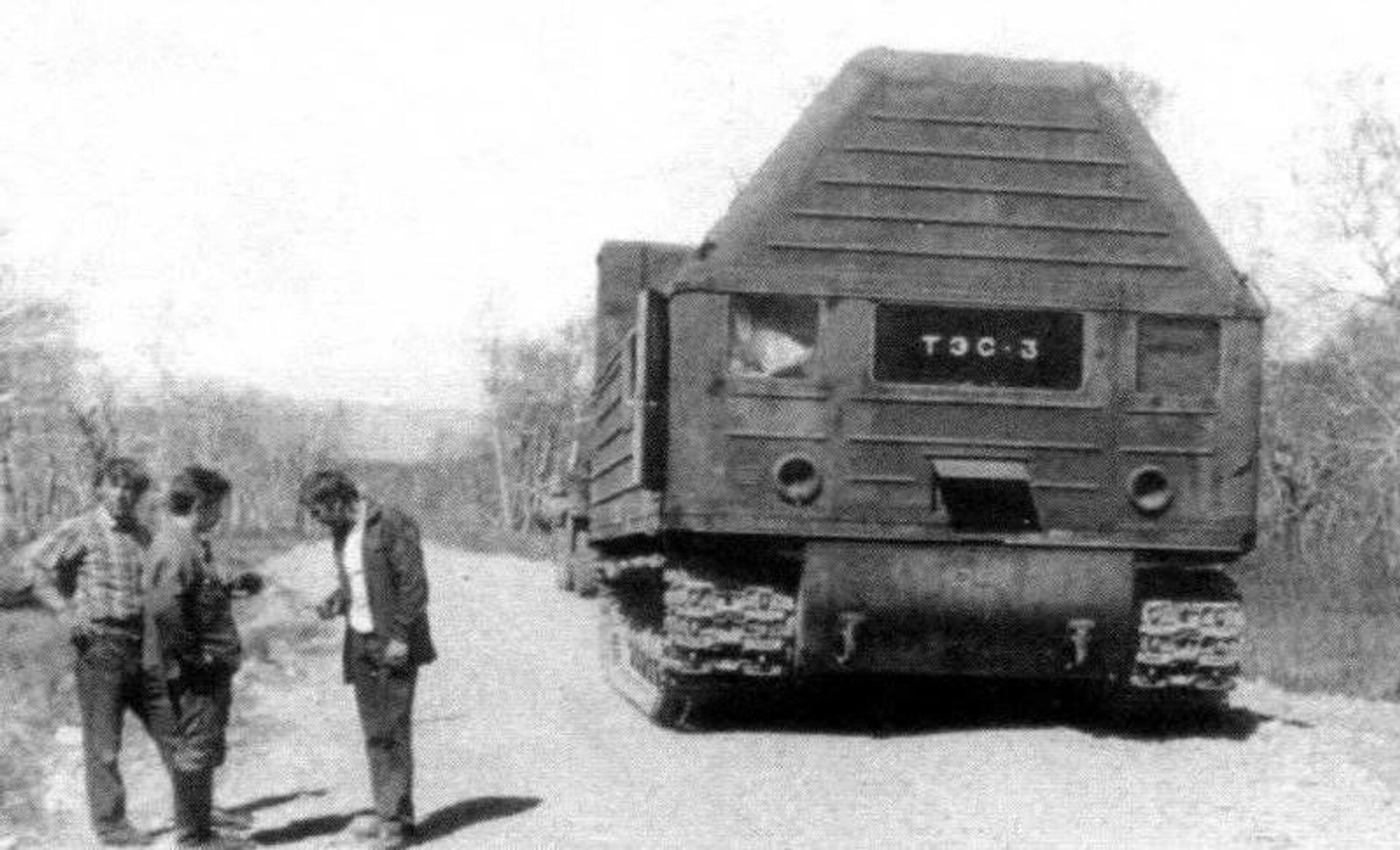 Nevertheless, the USSR managed to put a nuclear reactor "on wheels". In the mid-1950s Soviet manufacturers designed the TES-3, a caterpillar-tracked transportable electric station that weighed 310 tonnes and had over 37 pounds of uranium on board. However, the project was shut down in 1961. In the 1980s, the Soviets constructed a mobile power plant "Pamir-630D" which consisted of a gas cooled reactor (76.5 tonnes), gas turbine-driven set (76 tonnes), two control units (2x20 tonnes), and an auxiliary unit (20 tonnes). The whole system was supposed to be put on transport platforms and carried by tractors. This project was also nixed following the Chernobyl catastrophe.

Cadillac World Thorium Fuel concept that runs on nuclear energy - a car of the future? pic.twitter.com/KzrXMn4e4U

​Still, the dream of manufacturing a nuclear-powered automobile is not dead as the trend of creating smaller, safer, and modular nuclear reactors continues. In 2009, independent designer Loren Kulesus offered a conceptual design of the Cadillac World Thorium Fuel. The idea was to use thorium, a weakly radioactive metallic chemical element, instead of uranium. Indeed, there are no limits to what one can accomplish except for the limits one places on their own imagination. Therefore, we cannot rule out that a real nuclear-powered car may take to the road one day.