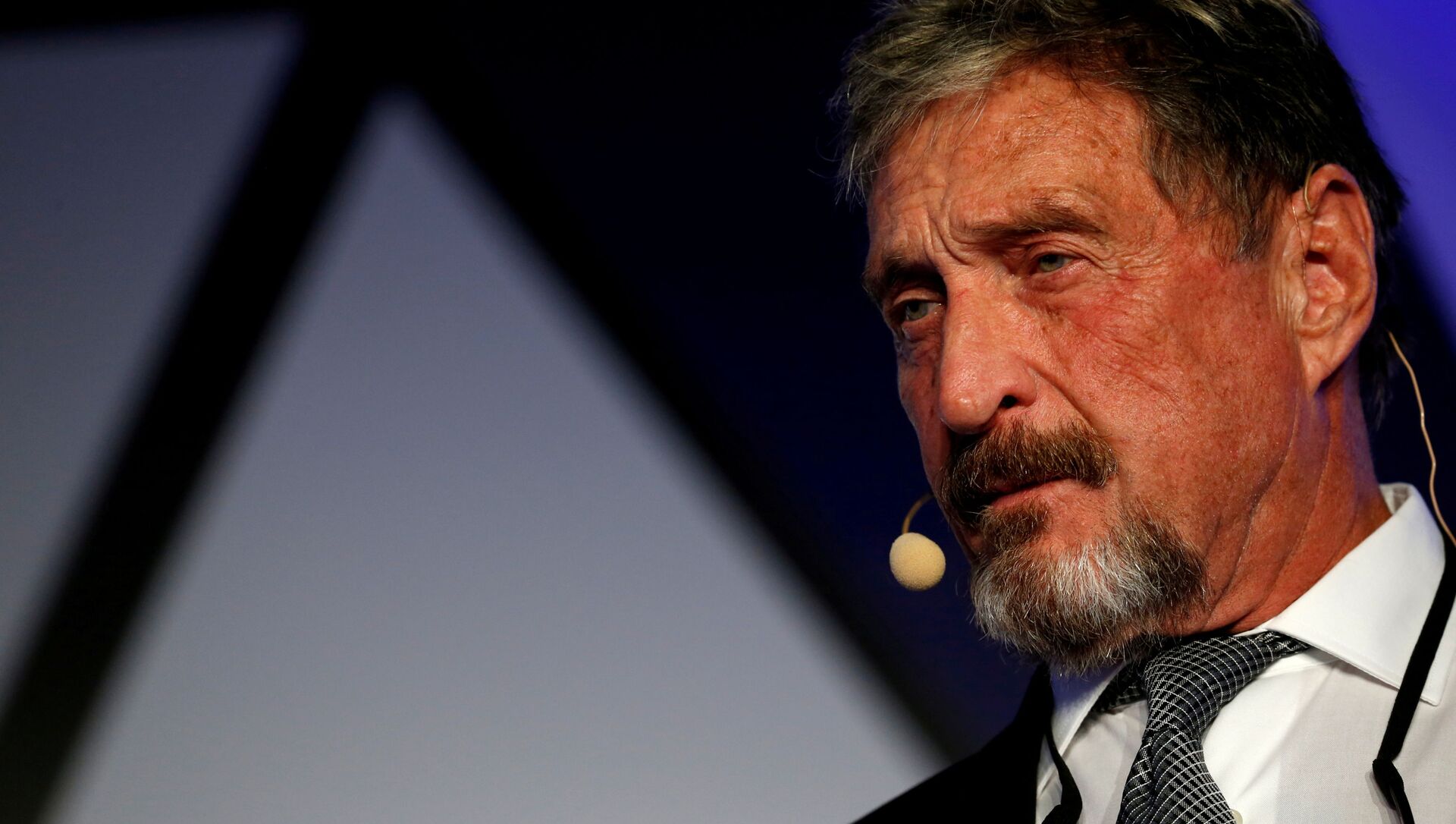 © REUTERS / Darrin Zammit Lupi
Subscribe
Max Gorbachev
All materialsWrite to the author
The eccentric entrepreneur, whose company created the world’s first commercial anti-virus software, was found dead in his prison cell on 23 June just hours after a court in Barcelona, where he has been detained since last October, agreed to extradite him to the US to face tax evasion charges. McAfee previously implied his life was in danger.

A suicide note has been found in John McAfee’s pocket, according to the Associated Press who has cited a source close to the matter. The source refused to reveal what the note said and McAfee’s Spanish lawyer added that the family had not been informed about the note.

The news comes as the entrepreneur’s wife has called on Spanish authorities to conduct a "thorough investigation" into his death.

Janice McAfee said she spoke with her husband on the phone on the day he was found dead and argued that he didn’t sound suicidal. “His last words to me were 'I love you and I will call you in the evening'. Those words are not words of somebody who is suicidal”, said the 38-year-old.

'I Blame the US Authorities'

The British-born entrepreneur was arrested in Barcelona last October on a warrant issued by prosecutors in Tennessee when he was about to fly to Istanbul on a UK passport. McAfee and his legal team maintained that he was being persecuted by US authorities for political and ideological reasons.

​However, the Spanish judge dismissed the entrepreneur’s arguments and gave the go-ahead to McAfee's being extradited to the United States. He called him McAfee a "millionaire who doesn’t want to pay taxes".

McAfee himself admitted that he didn’t file tax returns in the United States for eight years, because he considers taxation "illegal".

He was found dead in his cell hours after the court approved his extradition. Spanish doctors said the autopsy could take days or weeks, but noted that everything at the scene suggests that the 65-year-old took his own life.

His wife blamed the US authorities for the tragedy. "Because of these politically motivated charges against him my husband is now dead. We had a plan of action in ,place to appeal that decision [on extradition to the US]”, said Janice McAfee.